Dive Deeper : “How Is the Saudi Public Likely Responding to the Crisis over Khashoggi’s Disappearance? The Popularity of Riyadh’s ‘Reformist Repression,’” by the Washington Institute’s David Pollock.

One of southern Afghanistan’s most powerful anti-Taliban leaders, Gen. Abdul Raziq was assassinated today and the top U.S. commander in the country escaped unharmed when a bodyguard for the governor of southern Kandahar province opened fire following a meeting to discuss security preparations for this weekend’s parliamentary elections, as the Wall Street Journal ’s Craig Nelson and Ehsanullah Amiri reports.

European Union leaders agreed today to pursue the cooperation of countries in North Africa and to beef up the bloc's external borders to stop large numbers of migrants from entering Europe, as the AP’s Lorne Cook reports.

While the worldwide rate of new Tuberculosis (TB) infections (incidence rate) continues to fall by about 2 percent per year, there were still an estimated 10 million new cases of TB in 2017.

“Unless the miracle of all miracles happens, I would acknowledge that he’s dead.” 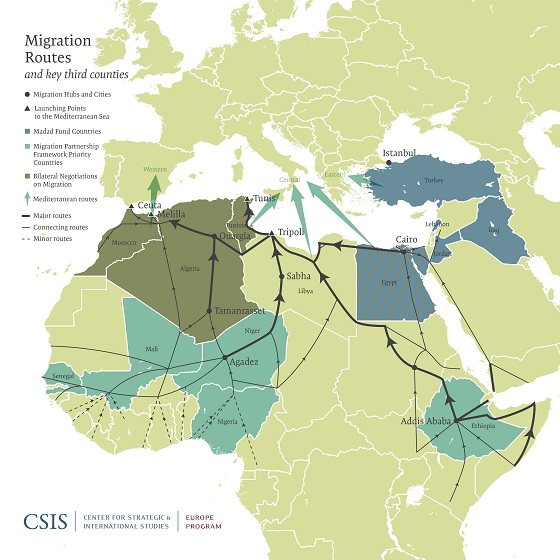 Between 2014 and 2017, Europe saw its largest influx of migrants in decades, with nearly 2 millions arrivals to the continent, and 3.6 million first-time asylum applicants across the 28 European Union states. CSIS's Europe Program unravels the crisis of resources and politics that has ensued since in their new report, Crossing Borders. 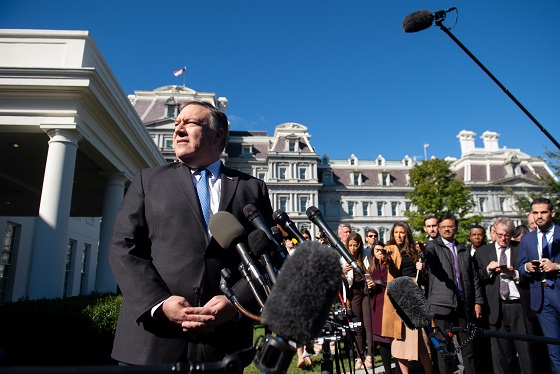 (Photo credit: Saul Loeb/AFP/Getty Images). Secretary of State Mike Pompeo speaks to the press about his trip to Saudi Arabia after meeting with President Trump today at the White House.

At 9:00 a.m., CSIS will hold a discussion, which will also serve as the launch of a new report, on the future of work in developing economies.

And later, at 10:00 a.m., the Wilson Center's Science and Technology Innovation Program will host a panel to speak on the role of local and state governments in preparing for cyber conflict.

Trade experts Scott Miller and Bill Reinsch break down the buzz around trade, how it affects policy, and how it impacts your day-to-day. Check out the latest episode on Japan following the EU's playbook by agreeing to bilateral trade talks with the U.S.

Every so often, a rock and roll gem is unearthed. Today is one of those days.

As Rolling Stone magazine reports, we are now able to learn a little bit more about The Beatles’ “White Album,” a revolutionary recording which as Rolling Stone puts it, “has been blowing minds since 1968.” On November 9th, a new “Super Deluxe Edition” of the album will be available which will include a trove of previously unreleased material. Rolling Stone today premiered the first track available from this set, a previously unheard version of the classic George Harrison song, “While My Guitar Gently Weeps.” Enjoy.