One day after President Emmanuel Macron of France and President Trump showered each other with praise, the French president spoke more critically of his host’s foreign policy, trade and environmental decisions in a speech to Congress, as the New York Times’ Julie Hirshfeld Davis reports.

Dive Deeper : “The Courage to Confront the United States: When Allies Must Say Tough Things,” by CSIS’s Jeffrey Rathke.

Also, see the Atlantic Council’s “Experts Analysis: Macron's visit to Washington and the Potential Impact on the US-Syria Policy”

In upcoming talks between the United States and North Korea, one of the key details is a mystery at a 7,200-foot-high point in the country's north: Mount Mantap, as the Washington Post’s Adam Taylor reports .

“No Launch Activity in Advance of Inter-Korean Summit,” by CSIS’s Beyond Parallel Project.

Yemeni rebels are increasingly targeting Saudi Arabian oil facilities, threatening the kingdom’s economic engine and adding another layer of geopolitical tension that is helping push oil prices to their highest levels since 2014, as the Wall Street Journal’s Asa Fitch and Summer Said report.

“To protect our democracies we have to fight against the ever-growing virus of fake news which exposes our people to irrational fear.” 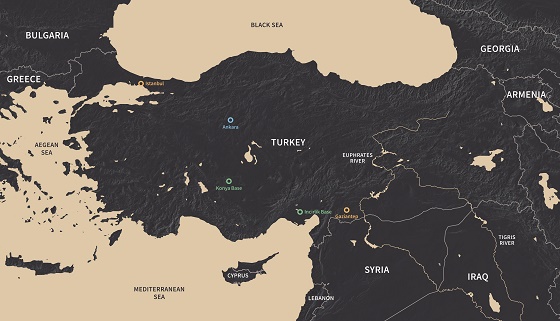 A new CSIS Brief, “Syria, Turkey, and the Eastern Mediterranean,” outlines a strategic approach to U.S. policy toward Syria and Turkey. 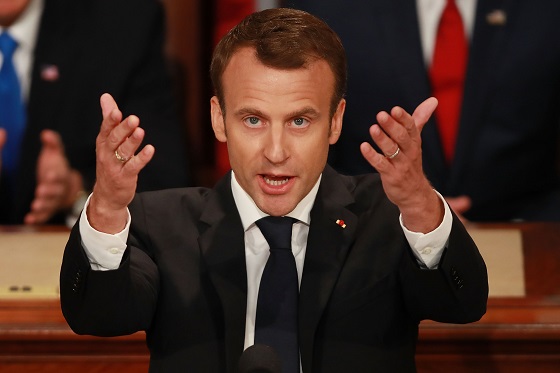 “How Trump Should Define Success in Syria,” by Jack Keane and Danielle Pletka for The National Interest.

Join Brookings at 9:00 a.m. for a forum on the recently released National Defense Strategy. The discussion will focus on the shift from anti-terrorism operations to great power competition.

At 10:00 a.m., join New America for an all-day millennial public policy symposium, aimed at elevating new perspectives on some of the most pressing public policy issues of our time.

And at 4:00 p.m., join the Wilson Center for a conversation about the policies and best practices government leaders can use to drive gender parity within their countries and around the world.

Today, CSIS's Reconnecting Asia Project hosted a conversation with Natalie Lichtenstein, Chief Counsel for the 57-country negotiations that led to the Asian Infrastructure Investment Bank's founding and the principal drafter of the Bank's charter. Watch the full conversation here.

On the latest episode of Building the Future: Freedom, Prosperity and Foreign Policy, Benn Steil, Senior Fellow and Director of International Economics at the Council on Foreign Relations discusses the role of Soviet espionage in the Bretton Woods Conference, as well as his newest book, The Marshall Plan: Dawn of the Cold War .

I don’t know about you, but I’m a bit obsessed with the Showtime hit “Billions.” I won’t give anything away here because I am sure some of you haven’t seen any of the show yet and are saving it for a binge.

But I will tell you that this magnificent show features superb music. During season two, one episode ended with a burst of R.E.M. I was re-watching this show the other day and it launched me back into R.E.M.’s remarkable catalogue.

Needless to say, I’ve been on an R.E.M. binge. And I went back to the beginning with their first record, “Murmur,” and their first appearance on national television which this clip captures.