The Evening: National Emergency, Kashmir Attack, The Weight and More

President Trump plans to sign the spending bill that Congress was set to pass later Thursday and will then declare a national emergency to get more funding for border barriers, the White House said, as the WSJ’s Kristina Peterson and Natalie Andrews report.

A vehicle filled with explosives rammed into a convoy of Indian paramilitary forces on a busy highway in the Indian-controlled part of Kashmir on Thursday, killing at least 40 soldiers, local officials said, in the worst attack in the disputed region in three decades, as the NYT’s Sameer Yasir and Maria Abi-Habib report.

Vladimir Putin said on Thursday that Russia, Turkey and Iran had agreed to take unspecified extra steps to clear Syria’s Idlib region of what he called “a hotbed of terrorists,” but the Kremlin said there would be no military operation there, as Reuters reports.

Nigerian Election
When Nigerians go to the polls on Saturday, there’ll be much more at stake than the presidency and seats in the parliament of Africa’s most populous nation, as Bloomberg’s Michael Cohen and Nkululeko Ncana report.

“Nigeria’s Election: What to Know,” by CFR’s John Campbell.

5,111 Martian days ago — or in 2004 back here on Earth — NASA’s Opportunity rover landed on Mars. It drove over 28 miles in that time, visiting Cape Tribulation, Marathon Valley, Lightning Crater, and Purgatory Dune.

“Sadly, some of our leading European partners have not been nearly as cooperative in following the U.S. lead on Iran.” 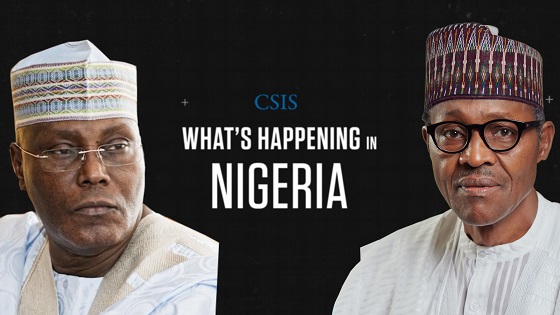 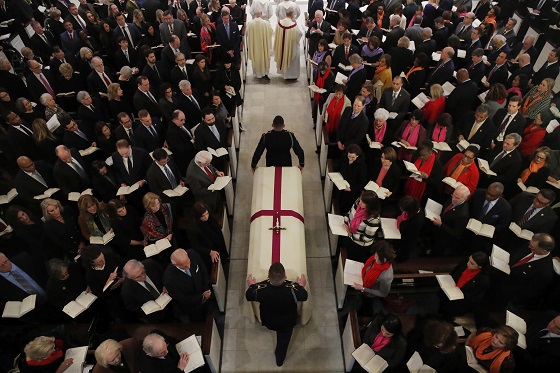 At 12:45 p.m., the Woodrow Wilson Center Mexico Institute hosts Luz María De La Mora, Mexico’s Undersecretary for Foreign Trade and Secretariat of Economy, for a conversation on USMCA under AMLO.

And 1:00 p.m., the Brookings Institution will hold a panel discussion on the history of sovereign debt crises, and explain how past lessons learned might help guide future policy.

Finally, at 4:00 p.m., the Institute of World Politics will host Dr. Daniel P. Ahn, professional lecturer from Johns Hopkins School of Advanced International Studies, for a talk on the economics of targeted sanctions.

Yesterday, CSIS's Global Food Security Project launched its report Risk and Resilience: Advancing Food and Nutrition Security in Nigeria through Feed the Future. The launch included a panel discussion of the report’s content and analysis. Watch the full event here.

The Smart Women, Smart Power biweekly podcast features powerful, in-depth conversations with women leaders from around the globe who are experts in foreign policy, national security, international business, and international development. In this week's episode, Dr. Maria Melendez, Mayor of Ponce, Puerto Rico, discusses post-Hurricane Maria rebuilding efforts on the island and how federal funding has been slow to arrive.

I was alerted to this smile today by my buddy, the eminent Michael Melore of The Palm. And I am so glad that Michael tipped me off to it. Here’s Jimmy Fallon and The Muppets with the most awesome rendition of “The Weight.”