UK in Turmoil and NATO

Theresa May vowed to fight any attempt to oust her as UK prime minister after Boris Johnson, once seen as her strongest rival for the Conservative party leadership, quit as foreign secretary and said her Brexit plan would leave Britain with “the status of colony,” as the FT’s Henry Mance and Laura Hughes report.

Meanwhile, President Trump today renewed his long-standing concerns with NATO, complaining that member states do not spend enough on their own defense as he prepares to attend the mutual-defense organization’s summit later this week in Brussels, as Politico’s Louis Nelson reports.

And, NATO’s Secretary General Jens Stoltenberg wrote an op-ed in the WSJ “America’s NATO Allies Are Stepping Up.”

“Trump Is Heading to Europe for an Ideological Battle,” via Chatham House director Robin Niblett.

“The Brexit Showdown,” via the Atlantic Council.

President Trump said today that he was confident North Korean leader Kim Jong Un would “honor the contract” the two leaders signed last month in Singapore, while suggesting that China was “exerting negative pressure” on the agreement amid its trade fight with the U.S., as the WSJ’s Rebecca Ballhaus reports.

Pompeo to Kabul (after NK)

Secretary of State Mike Pompeo, making an unannounced stop in the Afghan capital today, said his brief visit showed him that the Trump administration’s strategy of maintaining an active U.S. military role, while setting conditions rather than timelines for success in the war against Taliban insurgents, “is indeed working” as the Washington Post’s Pamela Constable and John Hudson report .

And Bloomberg’s Nick Wadhams has this report “Inside Pompeo's Fraught North Korea Trip.”

NATO countries are largely increasing their defense spending with only six countries seeing a decrease in spending between 2013 and 2017.
Source: CSIS “Counting Dollars or Measuring Value: Assessing NATO and Partner Burden Sharing”

"I have confidence that Kim Jong Un will honor the contract we signed &, even more importantly, our handshake." 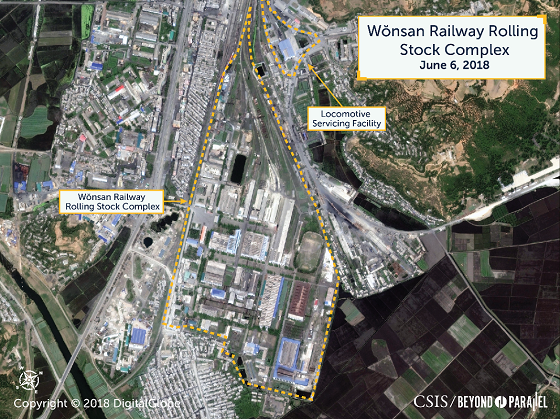 CSIS's Beyond Parallel, in partnership with NGA, has released satellite imagery of North Korea's Wonsan Railway Rolling Stock Complex. The Wonsan Railway Rolling Stock Complex is the largest manufacturing and repair facility for railcars in the nation. Activity around Wonsan is likely to be a leading indication of change given its role both in the eastern transportation corridor and the national economy. 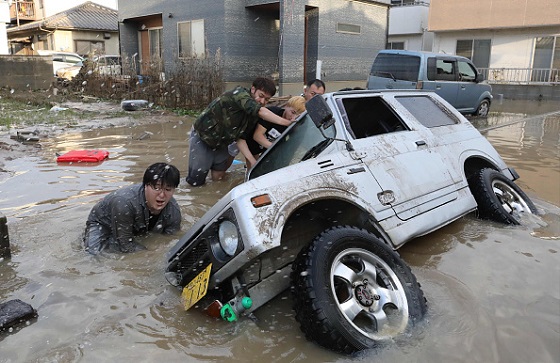 “Why water is a growing fault line between Turkey and Iraq,” by the FT’s Erika Solomon and Laura Pitel

Join CSIS at 9:00 a.m. for a conference highlighting the role the U.S. is playing in global polio eradication and how that role will evolve as eradication is achieved. The event will feature keynote presentations by Senator Mitch McConnell and CDC Director Dr. Robert Redfield.

At 10:00 a.m., the Woodrow Wilson International Center for Scholars will host a discussion on the crisis in Nicaragua surrounding President Ortega and prospects for a peaceful resolution.

And at 3:00 p.m., the National Endowment for Democracy will host a presentation on democratic accountability and electoral processes in Zimbabwe ahead of elections scheduled for the end of July.

On Wednesday, July 11, 29 NATO heads of state will convene for the 2018 NATO Summit in Brussels. In anticipation of this event, CSIS hosted a press briefing in June on a new CSIS report, Counting Dollars or Measuring Value: Assessing NATO and Partner Burden Sharing on allied and partner contributions to NATO and collective defense, shortcomings in publicly-available security data on NATO investment, and what to expect from the 2018 NATO Summit. Watch the full briefing here.

On the latest episode of Energy 360, Sarah Ladislaw, Frank Verrastro and Edward Chow discuss the June 22nd OPEC meeting and what the new communique means for global oil markets. The group shares their thoughts on the ongoing political rhetoric and speculation surrounding OPEC, the future of oil production, and where Russia’s increasingly active role alongside OPEC leaves struggling producers like Iran and Venezuela.

I hope everyone enjoyed July 4th and is having a nice summer—the heat has made things a bit intense. But the East Coast this past weekend was glorious—I couldn’t believe how beautiful it was in New York City on Saturday and Sunday. Summer weekends in NYC can be really nice—so many of the people who live in the city find refuge elsewhere, sharply reducing Manhattan’s population. I dig that. Traffic was light, Strawberry Fields was mellow and my oldest son and I didn’t have to wait a second at Sarge’s. (We actually heard Lou Reed’s “Walk on the Wild Side” on the radio on the way down to Sarge’s Sunday afternoon.)

But the soundtrack that this conjured for me wasn’t Lou Reed. It was the sound people have been listening to in Central Park on days like these for more than five decades now—the Grateful Dead. I was lucky to come across this clip by the Dead & Company performed just over a week ago on tour in Oregon. It’s the kind of song that sounds good anywhere, anytime.