NATO Secretary General Jens Stoltenberg delivered a pointed and robust defense of the trans-Atlantic alliance to Congress on Wednesday, stressing the need for unity in the face of deep global shifts and "unforeseen" challenges ahead, as CNN’s Nicole Gaouette reports.

Dive Deeper: “NATO at 70—Shaping the Future for the Next 70 Years,” by CSIS’s Rachel Ellehuus.

“‘It is Good to Have Friends,’ NATO Secretary Tells Congress,” by the Atlantic Council’s David Wemer.

An American woman touring one of Uganda’s most popular safari destinations was kidnapped with her local guide on Tuesday evening and held for $500,000 in ransom, as the New York Times’ Joseph Goldstein reports.

After doing battle for years over how to withdraw Britain from the European Union, Prime Minister Theresa May and the opposition leader, Jeremy Corbyn, met on Wednesday as potential but wary partners with Corbyn afterward declaring that the meeting was useful but inconclusive, as Reuters reports.

Dive Deeper: “What Brexit Satisfies the Democratic Will of the People?” via Chatham House.

There have been 387 reported cases of measles — a very contagious and very preventable disease — in the U.S. this year, already surpassing the 372 cases reported during all of 2018. This is the second-greatest number of cases reported in the U.S. since measles was eliminated in 2000.

"Our alliance has not lasted for seventy years out of a sense of nostalgia. Or of sentiment. NATO lasts because it is in the national interest of each and every one of our countries. Together, we represent almost one billion people. We are half of the world's economic might. And half of the world's military might. When we stand together, we are stronger than any potential challenger – economically, politically and militarily." 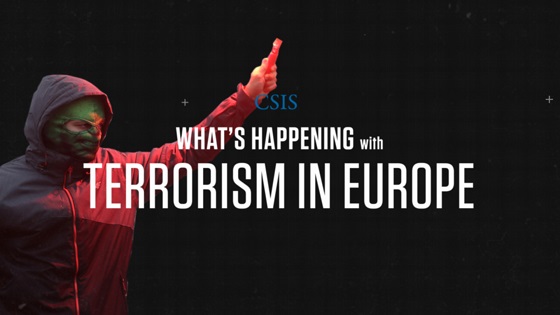 CSIS has released "What's Happening with Terrorism in Europe," the newest episode in our video series about global policy hotspots. In this short video, CSIS's Seth Jones examines why Islamic and far-right terrorist attacks have increased in Europe. Watch it here. 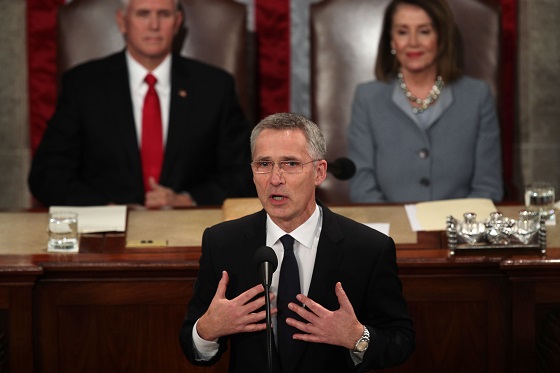 “Demographic Time-Bomb: Finland Sends a Warning to Europe,” by the FT’s Richard Milne,

At 2:00 p.m., CSIS’ Scholl Chair unveils their new report on the importance of rules of origin in international trade, using the new USMCA rules for the North American auto industry as a case study.

Also, at 11:45 a.m., the Hudson Institute will hold a discussion on the steps needed from the DOD to make their IT policy a successful part of the national security infrastructure.

And at 12:15 p.m., the Peterson Institute for International Economics (PIIE) will host the launch of the International Monetary Fund’s next Fiscal Monitor. The event will focus on the impact of corruption in international economics.

CSIS’s Project on Nuclear Issues hosted a half day conference on the future of arms control. Several panel discussions explored the current and future factors that will affect weapon technology diffusion. Watch the full event here.

In the latest Trade Guys episode, Bill, Scott, and Andrew hit the road to record in front of a live audience at Georgetown University to discuss the status of the US-China talks and what the president means by a US-Japan deal.

Another band from the Grunge era that defined the genre was Alice in Chains. In Rolling Stone Magazine’s top 50 Grunge Album list, the great Alice record “Dirt” (1992) just missed the top 5, coming in at 6. It’s in my top 5. Here’s Alice in Chains performing, filmed for the movie “Singles.” Just a great rock band.