Chinese and U.S. officials plan to hold trade talks in Washington in early October, a new attempt to tame a trade war that is rippling through the global economy and hurting business investment and confidence, as the WSJ’s Chao Deng and William Mauldin report.

Dive Deeper : Catch this week’s episode of the Trade Guys podcast “The Trade War Rages On.”

The Afghan government is pushing back against U.S. diplomats on the eve of a troop withdrawal deal with the Taliban, concerned that the proposed agreement lacks assurances that the insurgents will honor their promises once U.S. troops leave, as the NYT’s Mujib Mashal reports.

Boris Johnson on Thursday threw down the gauntlet to Labour to vote for a snap election next week, but party leader Jeremy Corbyn appears increasingly likely to reject what he regards as a trap, as the FT’s Jim Pickard reports.

Since 1980, the United States has suffered $1.7 trillion in cumulative damages from natural disasters.

Source: "Lessons from the G7 on Why We Need A New Era of Climate Diplomacy," by CSIS's Sarah Ladislaw. 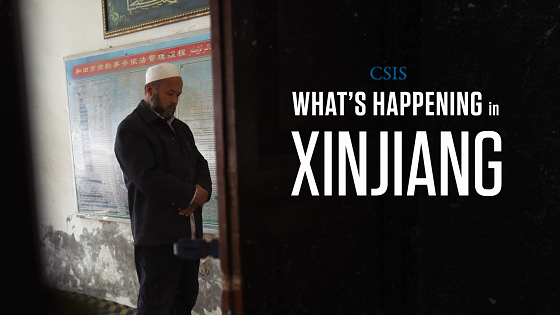 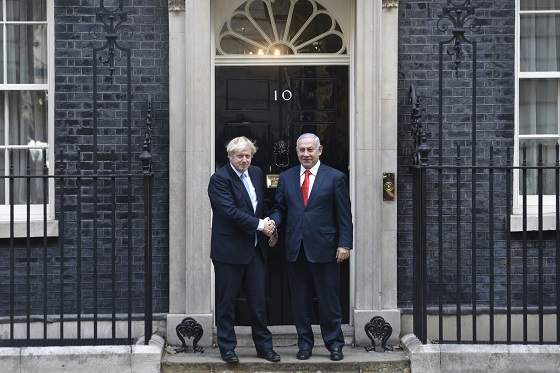 “Emerging Technologies and Managing the Risk of Tech Transfer to China,” by CSIS’s Jim Lewis.

At 12:00 p.m., the East-West Center will hold a seminar on sub-regional rivalry, institutional poaching, and parallel governance along the Mekong, with a focus on Cambodia, Vietnam, Laos, Thailand, Myanmar, and China.

Also, at 12:00 p.m., the Heritage Foundation will host a conversation on a new report exploring U.S. Army modernization efforts.

CSIS's report, Home and Abroad: Building U.S. Global Economic Leadership on Strong Domestic Foundations, brought together experts on economics, trade, energy, technology, and development to explore how the United States can reaffirm its leadership through smart policies both at home and abroad. Watch this video to learn more.

The population of Africa is expected to double over the next 20 years. In this episode of Take as Directed, Janet Fleischman sits down with Ambassdor Mark Dybul, director of the Center for Global Health and Quality, to discuss why this demographic trends matter.

Thanks to everyone for all the CD player recommendations! I have to say, giving away most of my CD collection this week has left me feeling both really good and light, but simultaneously a bit traumatized. Terror strikes at any given moment...did I give away something that isn’t available via streaming? Even worse, did I toss something that is out of print and not digitized?

I’m even having irrational moments. Today, I couldn’t recall which “Dick’s Picks” volume contained my favorite all-time live version of the Grateful Dead’s “Mississippi Half-Step Uptown Toodeloo.” When I’m in a frenzy, it’s not so easy to find something so specific on the small screen of my iPhone Spotify interface. I knew the song I was looking for came from a Baltimore Civic Center show, but I couldn’t remember which of the 36 volumes of “Dick’s Picks” that show was and on. Plus, so many of the album covers have a unifying feature, such as a lightning bolt. And the track listings are hard to read too. So in an irrational moment I convinced myself that of all 36 volumes, the Dead didn’t digitize volume 23, recorded on September 17, 1972 at the Baltimore Civic Center. And I had given my copy away…

Of course I was wrong. And my panic subsided when my eyes finally located the gem on the tiny iPhone screen (yes I really need to upgrade, I’m waiting for the new iPhone 11). Even the sight of the album cover soothed me as it came into focus. It had the uniform lightning bolt, but it’s also distinctively Baltimore—a tiny raven inside the lightning bolt.

Why was I flipping out to this extent? Because this really is the best live version of “Mississippi Half-Step.” Listen to the hard edge in Jerry’s guitar and voice.