President Trump told reporters late this afternoon that there will be a major announcement at 7 p.m. from South Korea on North Korea, as CNN reports.

The Trump administration’s top national-security officials huddled at the White House this afternoon with South Korean counterparts who said they were bringing a message to the U.S. from Pyongyang, as the Wall Street Journal’s Felicia Schwartz and Michael Gordon report.

President Trump today signed two proclamations that go into effect on March 23, one imposing a 25% tariff on steel and the other a 10% tariff on aluminum. Canada and Mexico will be exempt from the tariff increases, citing national security agreements, as Politico’s Andrew Restuccia and Adam Beshudi report.

“The President’s Steel Tariff: Making Lemonade Out of Lemons,” by CSIS’s William Reinsch

“Trump’s Tariffs Would be a Massive, Self-Inflicted Wound,” by Heritage’s Patrick Tyrrell and Anthony Kim

TPP Minus the US

Japan, Canada, Mexico and eight other Pacific nations signed a new version of the Trans-Pacific Partnership (or TPP) today, coming together to form a bloc aimed at boosting trade and putting pressure on China’s economic system, without the U.S., as the Wall Street Journal’s Paul Kiernan and William Mauldin report.

Meanwhile, the Trump administration has asked Beijing for a $100 billion reduction in the trade deficit, as CNBC reports.

Dive Deeper : “From TPP to CPTPP,” by CSIS’s Matthew Goodman

“Why Reconsidering the TPP Might Attract Trump,” by Peterson’s Jeffrey Schott

UK Will Respond Over Nerve Attack

Britain will respond appropriately if evidence shows Moscow sponsored a nerve agent attack on a Russian ex-spy and his daughter in southern England, Prime Minister Theresa May said today, in the highest-level warning of action to date, as Reuters Estelle Shirbon reports.

And, the top U.S. general in Europe, Army General Curtis Scaparrotti, said today that the U.S. government did not have an effective unified approach to deal with Russia’s cyber threat.

We’re always providing you with our experts' answers to complex problems. Do you have any questions that you would like us to ask the experts? If you do, please email me your question(s) to aschwartz@csis.org . We’ll publish some of the best Q & A.

“We have not been treated fairly by other countries.” 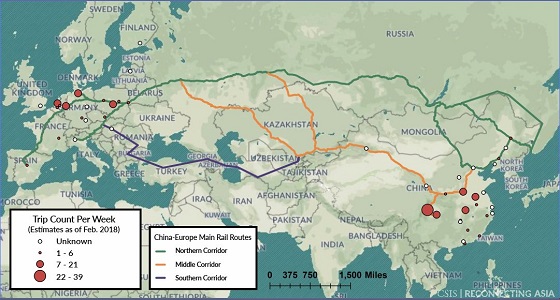 Railways are a major feature of China’s Belt and Road Initiative, aiming to connect the world with Beijing through $1 trillion of new infrastructure and trade agreements. Read the new report from CSIS's Reconnecting Asia Project. 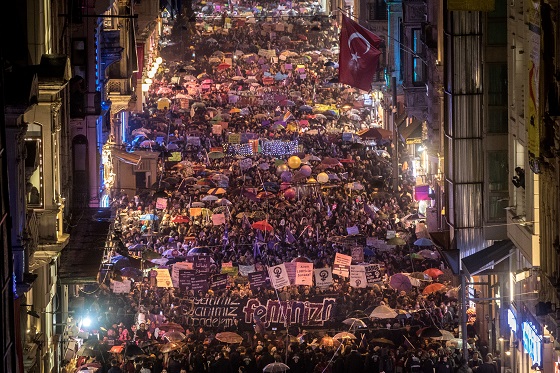 Join the CSIS Missile Defense Project at 10:00 a.m. for a conversation with Dr. Matthew Kroenight on his book, The Logic of American Nuclear Strategy , and U.S. nuclear strategy and force structure.

At 10:00 a.m., join CSIS’s Defense-Industrial Initiatives Group for “National Technology and Industrial Base Integration: How to Overcome Barriers and Capitalize on Cooperation.”

Also at 10:00 a.m., join CSIS for a discussion on the state of Australia’s resources and energy market, as well as opportunities for engagement between the U.S. and Australia.

And at 4:00 p.m., join CSIS for the launch of Robert D. Kaplan’s The Return of Marco Polo’s World: War, Strategy, and American Interests in the Twenty-first Century, on the US’ ability to influence the power balance in Eurasia.

People in the music industry tend to think that rock and roll isn’t dead, it’s just on loan to country music for a while. Maybe that’s because country stars are writing the most meaningful songs these days. Take Margo Price, who many believe to be country’s next big thing. Her performance last night on “Conan” underscored just why that is.

I don’t know if Price intended her performance to be associated with International Women’s Day which is today, or for that matter, my sister’s birthday which is today—Happy Birthday! But this fine rendition of her song “Pay Gap” surely made me smile, and I hope it makes you smile too.