The Evening: NK Cancels Talks, Russia Sanctions, Shelter From The Storm and More

Note: The Evening will be “Gone Fishin’” until Monday, November 12.

Meanwhile, President Trump said today that he expects to meet again with North Korea’s leader Kim Jong Un early next year and that a meeting between U.S. Secretary of State Mike Pompeo and North Korean officials supposed to have taken place this week would be rescheduled as, Reuters’ Jeff Mason and David Brunnstrom report.

“Difficulties for Defectors in the Era of Rapprochement with North Korea,” by CSIS’s Robert King.

Russia will consider criminal any sanctions imposed by the U.S. over the chemical weapon poisoning of former spy Sergei Skripal, the Kremlin said today, as The Hill’s Tal Axelrod reports.

Dive Deeper : “U.S. Sanctions Against Russia: What You Need to Know,” by CSIS’s Cyrus Newlin and Jeffrey Mankoff.

A coalition of European militaries ready to react to crises near the continent’s borders was launched today with Finland becoming the 10th country to join, amid calls by French President Emmanuel Macron for a “real European army,” as Reuters' reports.

Dive Deeper : “The Committee to Save the World Order,” by the Chicago Council on Global Affairs Ivo Daalder and CFR’s James Lindsay for Foreign Affairs.

The annual report by Germany’s Council of Economic Experts, an independent group set up to monitor the economy and advise the government, forecast growth of 1.6 per cent this year and 1.5 per cent in 2019 — markedly worse than 2017’s six-year high of 2.2 per cent.

“Iran has been able to advance in any area that the enemy has placed sanctions on Islamic Iran.” 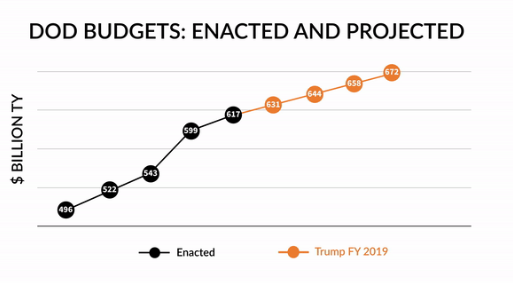 During the 2016 campaign, Donald Trump promised to grow U.S. military forces and capabilities. In his analysis of U.S. Military Forces in FY 2019, CSIS's Mark Cancian articulates that the U.S. military budget has grown substantially, but its allocation show that there is no escaping the tradeoffs among readiness, modernization, and force structure. 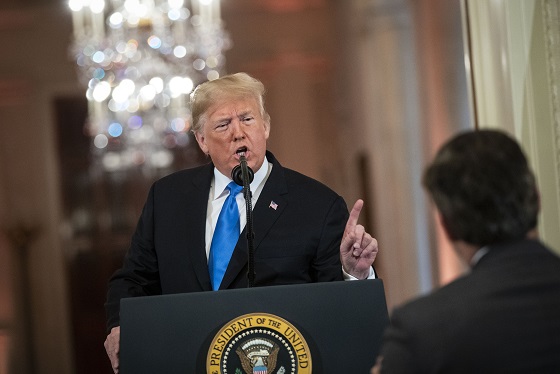 “The Rise of Far-Right Extremism in the United States,” by CSIS’s Seth Jones.

At 9:00 a.m., CSIS will host experts for a dialogue on the linkages between migration, agriculture, and rural development.

Later, at 2:00 p.m., The Wilson Center will hold a discussion of investigations by NGOs and lawyers into the environmental and social damage from Chinese and other foreign extractive industries.

And at 2:30 p.m. The Hudson Institute will convene a panel to discuss recently reimposed U.S. sanctions against Iran.

CSIS hosted a panel discussion today with Ambassador Rick Olson on how to best leverage U.S. foreign assistance and align it with the U.S. National Security Strategy, allowing the U.S. to make the most of its first foreign assistance review in 15 years. Watch the full event here. 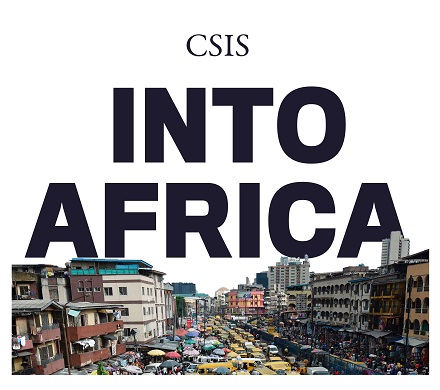 Fearless Afro-beats activists. Savvy tech entrepreneurs. Social disruptors. Into Africa shatters the narratives that dominate U.S. perceptions of Africa. Host Judd Devermont, Africa program director at the Center for Strategic and International Studies (CSIS) in Washington D.C., sits down with policymakers, journalists, academics and other trailblazers in African affairs to shine a spotlight on the faces spearheading cultural, political, and economic change on the continent.

“Come in, she said I’ll give ya, shelter from the storm.”

I want to go back to the new Bob Dylan box set “More Blood, More Tracks.” It takes the listener through the genesis of each song Dylan recorded for his seminal 1975 album “Blood on the Tracks.”

One of the ten tracks that made the final record is “Shelter From The Storm.” This is my favorite live version of this epic Dylan tune. We all need shelter from the storm sometimes.