North Korea test-fired a single ballistic missile toward the east in the early hours of Wednesday morning, South Korean authorities said, ending a more than two-month hiatus from Pyongyang and threatening to increase tensions with the United States and in the region, as WSJ reports.

According to the CSIS Korea Chair, the test is unusual in that it was conducted in the dead of night, perhaps reflecting concerns about a U.S. ballistic missile defense intercept. Historical data suggests that a significant uptick in testing will come in early 2018.

ICYMI : Last week, CSIS Beyond Parallel predicted the likelihood of a test within the next 14 days.

Dive Deeper : “North Korea and the Terrorism List: The Need for a Strategy, Not an Irritant,” from CSIS’s Anthony Cordesman.

The Pope in Myanmar

Pope Francis stopped short of using the name of Myanmar’s persecuted Rohingya minority during a keynote speech in the country’s capital on Tuesday, as the Washington Post reports.

“The future of Myanmar must be peace, a peace based on respect for the dignity and rights of each member of society, respect for each ethnic group and its identity,” the pope said.

Dive Deeper : “No simple solution to the Rohingya crisis in Myanmar,” from Brookings’ Lex Rieffel.

Saudi Arabia has released Prince Mutaib bin Abdullah, the most influential of the hundreds of businessmen and current or former officials detained three weeks ago in an anticorruption crackdown, an associate of the royal family and a U.S. official tracking the events each said Tuesday, as the NYT reports.

Monday’s U.S. airstrike in Somalia marks the 30th strike in the country this year, most of them having been carried out against al-Shabab. Source: Voice of America.

"It went higher, frankly, than any previous shot they have taken." 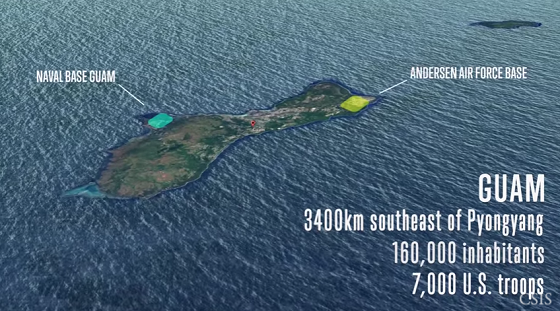 “How It Works: Detecting a North Korean Missile Strike on Guam” is a CSIS original video from the CSIS Aerospace Security Project and CSIS Missile Defense Project on how U.S. missile defense forces might respond if North Korea launched a missile toward Guam. 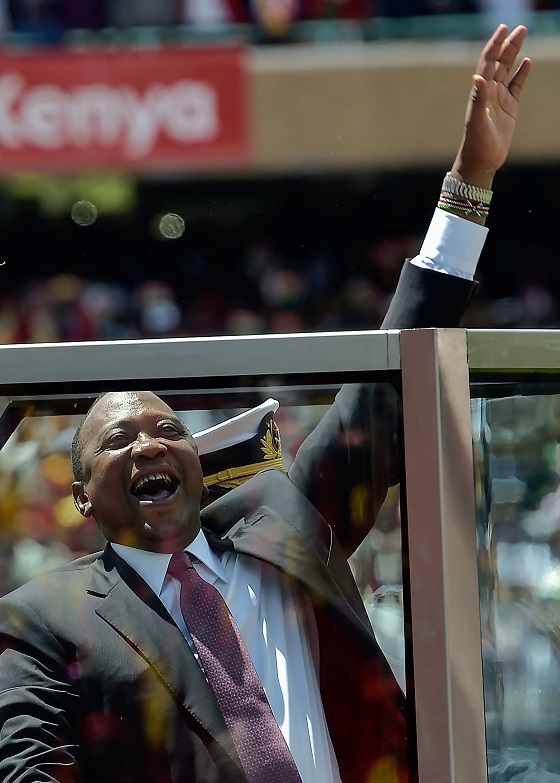 (Photo Credit: SIMON MAINA/AFP/Getty Images.) Kenya's President Uhuru Kenyatta waves to supporters upon his arrival to take oath of office during his inauguration ceremony at Kasarani Stadium on November 28, 2017 in Nairobi.

From the WSJ, “Myanmar’s Rohingya Crisis Opens Door for China to Regain Influence.”

Join the CSIS Americas Program at 9:00 a.m. for an expert panel discussion on the potential impact of enhanced integration and cooperation among Guyana, Surinam, and French Guyane.

Join the Wilson Center at 12:00 p.m. for a conversation with the former prime minister of the Palestinian Authority, H.E. Salem Fayyad.

Also at 12:00 p.m., join the Heritage Foundation for a discussion on how ISIS is using social media and digital outreach to recruit and radicalize individuals.

CSIS hosted a conversation with Dr. Kristalina Georgieva, CEO of the World Bank, on women’s economic inclusion and empowerment and the importance of educating adolescent girls as a means of reducing global poverty.

What will President Xi Jinping do with his growing power? The latest from ChinaPower focuses on the outcomes of the 19th Party Congress and its implications for the Chinese president’s authority.

Encore for George Harrison and for “The Concert for Bangladesh.” You might notice one of Harrison’s famous friends on guitar next to him. What a smile!