The Evening: NK, India, Band of Gypsys and More

Stephen E. Biegun, the top United States envoy on North Korea warned on Monday that if Pyongyang conducted a major weapons test in the coming days as feared, it would be “most unhelpful,” as Washington tried to de-escalate tensions with the country and return to negotiations, as the NYT’s Choe Sang-Hun reports.

The U.S. moved on Monday to quell Mexico’s concern over labor-oversight measures included in a trade agreement set for a U.S. congressional vote this week, as the WSJ’s William Mauldin and Anthony Harrup report.

Meanwhile, on Sunday, USTR Robert Lighthizer said on Sunday that China will determine the success of the trade deal between the world’s two largest economies, as Politico’s Doug Palmer reports.

Fresh protests swept India on Monday, a day after police entered a university campus in the nation's capital and injured hundreds of students who were expressing opposition to the country's controversial new citizenship law, as the Washington Post’s Joanna Slater and Niha Masih report.

At least 304 people have been killed in Iran during anti-government unrest that broke out last month. 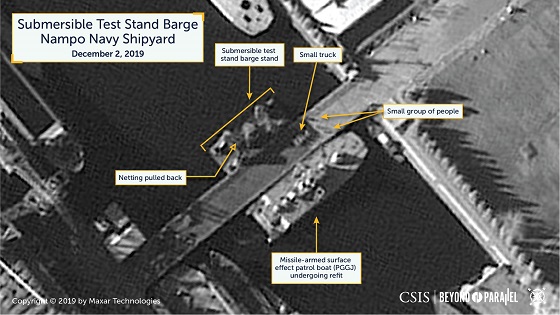 New satellite imagery shows no significant changes to the vertical engine test stand or launch pad at North Korea's Sohae launch facility since the last Beyond Parallel report was published 10 days ago. 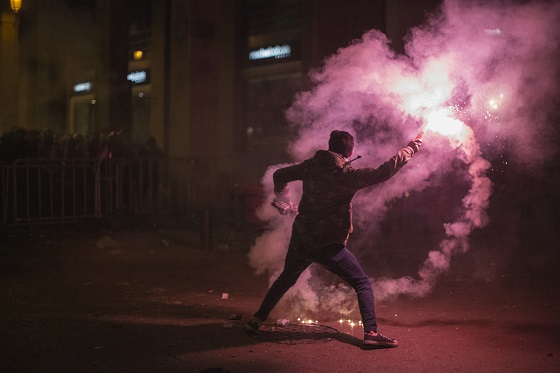 (Photo credit: Sam Tarling/Getty Images). An anti-government protester throws a flare at riot police as they clashed for the second day in a row near the Parliament building on Sunday in downtown Beirut, Lebanon.

Note: This week recommendations will come from the CSIS’s “Bad Ideas in National Security Series.”

At 10:30 a.m., the Foundation for Middle East Peace will hold a discussion about the Israeli-Palestinian conflict and the book, Paradigm Lost: From Two-State Solution to One-State Reality.

And, at 11:30 a.m., the Hudson Institute will host an expert panel discussion on the role of global standards in the battle for 5G leadership between the United States and China.

Later, at 12:00 p.m., the Center for Global Development will hold a discussion on the short- and long-term impacts of outsourcing schools in Liberia three years after the beginning of the program.

On December 12, CSIS Europe and Arctic Expert Heather Conley testified before the Senate Committee on Commerce, Science, and Transportation Subcommittee on Security on opportunities, challenges, and threats in the U.S. Coast Guard’s Arctic Strategic Outlook. Watch the full testimony here.

I love Sirius/XM Radio. Yesterday I heard a great discussion led by Rolling Stone magazine’s David Fricke about the recent Jimi Hendrix mega release “Songs For Groovy Children: The Fillmore East Concerts,” a collection which assembles four historic concerts from New Year’s Eve 1969 and New Year’s Day 1970. These are the shows in which Hendrix assembled his Band of Gypsys, bassist Billy Cox and drummer Buddy Miles—together they would pioneer a signature funk rock fusion that has proven influential to musicians through the present day.

“Ezy Ryder” was one of the new songs Hendrix and the Gypsys performed at the Fillmore Concerts.