The Evening: NK Missile Test, China Tariffs, I Get Around and More

And, as the Times’ Eileen Sullivan and Benjamin Weiser report, the United States has seized a North Korean shipping vessel that was violating American law and international sanctions.

President Trump said on Thursday he had received “a beautiful letter” from Chinese President Xi Jinping and may speak to him by phone, though Trump did not say whether that would occur before a scheduled increase in tariffs on $200 billion in Chinese goods takes effect at 12:01 a.m. Friday, as the Washington Post’s David Lynch and Damian Paletta report.

The U.S. government has developed a specially designed, secret missile for pinpoint airstrikes that kill terrorist leaders with no explosion, drastically reducing damage and minimizing the chances of civilian casualties, multiple current and former U.S. officials said, as the WSJ’s Gordon Lubold and Warren Strobel report.

And, as the Journal’s Nancy Youssef and Gordon Lubold report, President Trump intends to nominate Pat Shanahan to become his next secretary of defense, moving to formally fill the post that Mr. Shanahan has held in an acting capacity since January.

According to the U.N. Food and Agriculture Organization and the World Food Program, North Korea produced 4.9 million tons of crops last year, the lowest amount in a decade and needs 1.36 million tons of food aid from outside. 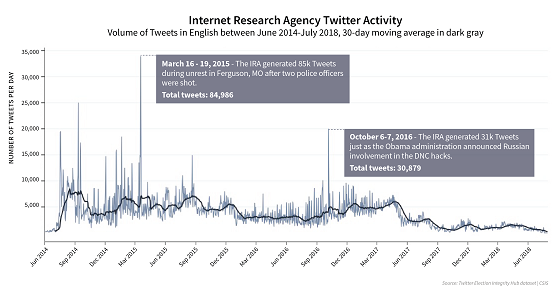 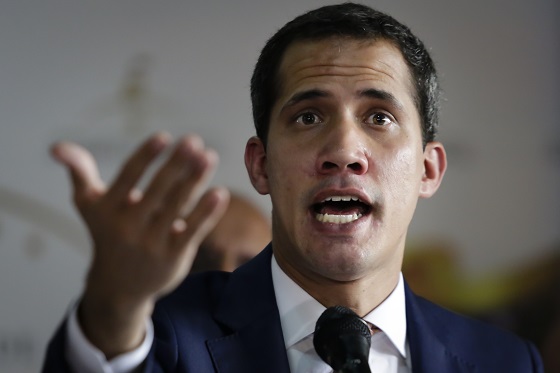 “The Future of Polio Surveillance,” by CSIS’ Nellie Bristol and Michaela Simoneau.

At 10:00 a.m., CSIS will hold a panel discussion to present new polling data that sheds light on how Venezuelans view their country’s humanitarian, political and economic crisis.

And, at 10:30 a.m., CSIS will host an event discussing the changes and challenges for international humanitarian law, featuring keynote remarks from Peter Maurer, president of the International Committee of the Red Cross.

CSIS today hosted Latvian Deputy Prime Minister and Minister of Defence Artis Pabriks. The conversation focused on the impact of Russian meddling, the role of Latvia in NATO, and the upcoming European Parliamentary elections. Watch the full event here.

The Trade Guys and Andrew celebrate the first anniversary of the podcast. They discuss the status of the U.S.-China talks and what will happen when negotiators from both countries are scheduled to meet later in the week.

I have this reoccurring thought: one of my three sons’ favorite NBA players is Kevin Love, who played a huge part in bringing a championship to Cleveland where my wife’s family hails from. So my kids know exactly who Kevin Love is, but they don’t know who Kevin’s famous uncle Mike Love is.

I’ve tried to tell them. But I realize that my boys discover music differently than I did as a kid. Learning about music used to be a shared experience. I would peruse my parents record collection, play the records in the living room, stare at the album covers and read the liner notes over and over. As a family we’d discuss the music because it was all we had and it was out in the open. As I got older, record stores were a communal experience. Today’s kids typically have their ear buds attached and are experiencing the majority of their music inwardly. And of course, if they have access to a family Spotify account, they have access to EVERYTHING without much exploration beyond a few taps.

When you have access to everything, you don’t want to hear from your old man that Kevin’s uncle was one of the first great rock stars and created music that changed the world. I love when my kids come to me with one of their “discoveries.” Like when my oldest teen “discovered” the Eagles. I wasn’t ever permitted to tell him about the Eagles or play their music for him until he discovered them by himself. Even now, he’d prefer that I don’t introduce him to one of their deep cuts that he doesn’t know about.

My middle son is a good surfer despite being an east coast boy who lives 3.5 hours drive on a light traffic day from crappy, inconsistent waves. He can’t wait to surf Malibu this summer when we’re in LA. He has no idea who the Beach Boys are and no clue that Kevin’s uncle Mike and his cousins Brian, Dennis and Carl Wilson and their friend Al Jardine played rock and roll that shaped the previous American century and youth culture. And whose influence remains, or should remain important in the American psyche. I do believe though, that he will figure it out soon enough on his own and it will become part of him while he’s tapping the source of every ocean he surfs, feeling the warmth of the sun, cruising down the road or just contemplating life in his room.

Due to Brian Wilson’s reluctance to tour with the Beach Boys, this clip from 1980 is one of the few live shows featuring all three Wilson brothers, cousin Mike Love and Al Jardine. You can barely make out Brian in the shadows on piano in back. But Love, Dennis and Carl sure are fun to watch.