President Donald Trump warned North Korea on Tuesday that any U.S. military option would be “devastating” for Pyongyang, but he said the use of force was not Washington’s first option to deal with the country’s ballistic and nuclear weapons program, as Reuters’ Steve Holland and Idress Ali report.

And, the Washington Post’s Anna Fifield reports today that North Korea has been quietly trying to arrange talks with Republican-linked analysts in Washington, in an apparent attempt to make sense of President Trump and his messages to Kim Jong Un’s regime.

Iraq’s prime minister on Tuesday, angered by a vote on independence by his nation’s Kurdish minority, gave the country’s Kurdish region until Friday to surrender control of its two international airports or face a shutdown of international flights, as the New York Times’ David Zucchino reports.

Three Israeli’s were killed by a Palestinian gunman at a West Bank crossing, as the New York Times’ Isabel Kershner reports.

Dive Deeper: See the Washington Institute’s “Toward a New Paradigm for Addressing the Israeli-Palestinian Conflict” by David Makovsky and Dennis Ross.

“There cannot be another war in the region.” 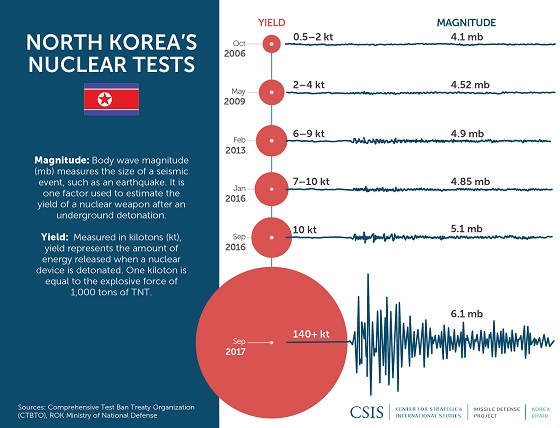 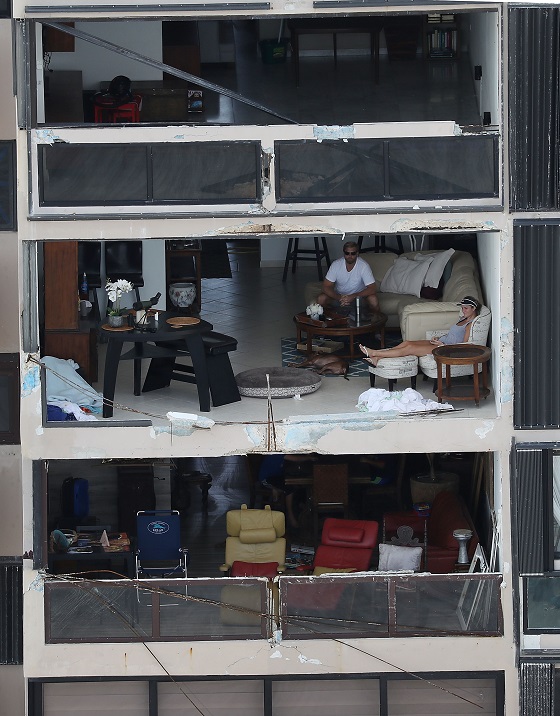 (Photo Credit: Joe Raedle/Getty Images.) People sit in their apartment after the window was blown out by the winds of Hurricane Maria.

If you read one thing about North Korea, make it Evan Osnos’ dispatch from Pyongyang for the New Yorker: “The Risk of Nuclear War with North Korea."

At 4:30 p.m., the CSIS Project on Nuclear Issues (PONI) will host the fifth and final debate in a series on nuclear challenges and policy decisions facing the Trump administration. This time, panelists will debate the future of the U.S.-Russia Intermediate-Range Nuclear Forces (INF) Treaty.

And, at 9:00 a.m., the Atlantic Council will host a discussion, “A Twenty-first Century Arms Race.”

Meet CFIUS —the body that balances national security and an open economy.

The CSIS Americas Program just launched a new podcast, “35 West,” for the latest news on the political, economic, and security challenges in the Western Hemisphere.

You can listen to 35 West on Apple Podcasts or SoundCloud.

If the Foo Fighters on BBC’s Live Lounge wasn’t enough of a smile for you, I bet this will be. Check out Dave Grohl and company doing some of their biggest songs on “Carpool Karaoke” with the Late Late Show’s James Corden. I invite you to email me at aschwartz@csis.org and follow me on Twitter @handrewschwartz