The U.S. ambassador to the United Nations, Nikki Haley, warned North Korea on Tuesday against another missile test and said Washington would not take planned talks between North and South Korea seriously if Pyongyang did not take steps to give up its nuclear weapons, as Reuters reports.

Dive Deeper: See “Dissecting the Big Missile Defense Plus-up” by CSIS’s Tom Karako and Wes Rumbaugh. Over the past few months, the United States has taken major steps to increase funding for missile defense in light of the North Korean missile threat. This piece breaks it all down.

Citing its failure to do more to stop terrorism, the Trump administration said today that it would withhold $255 million in aid to Pakistan and that more details on specific actions would come out in the next 24 to 48 hours, as the FT’s Jessica Dye reports.

Pakistan responded that the United States was scapegoating Pakistan for its own failure to bring peace to Afghanistan after 16 years of war, as the AP’s Kathy Gannon reports.

Plus, see more from the FT’s Katrina Manson and Shawn Donnan on this: “Trump adds Iran and Pakistan to full foreign policy inbox.”

Iran’s supreme leader blamed “enemies” of Iran on Tuesday for protests that have left more than 20 people dead, in his first comments since the unrest started last week. as the New York Times’ Michael Wolgelenter and David Kirkpartick report.

The Wall Street Journal’s Asa Fitch reports that Iran’s costly efforts to project power beyond its borders in the wider Middle East are now exacting a political price at home.

And, the WSJ’s Sam Schechner and Stu Woo have this interesting report on the Telegram App that Iranian protesters are using to communicate.

The Washington Institute’s Michael Singh writes in an op-ed for the Washington Post that the protesters in Iran need “real help from Washington.”

Also, see the latest from Barbara Slavin of the Atlantic Council, “Iranian Habit of Demonstrating Boomerangs Against the Government.”

Number of days since protests first broke out across Iran.
Source: NPR.

“The entire mainland of the US is within the range of our nuclear weapons and the nuclear button is always on the desk of my office.” 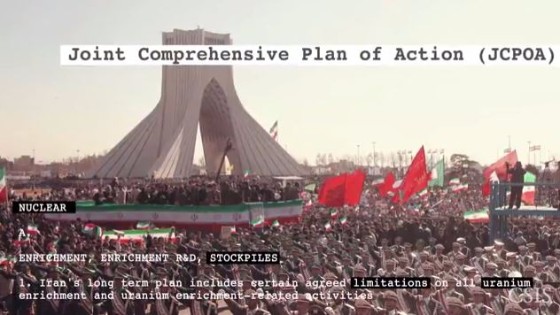 In 2017, the CSIS International Security Program released Deterring Iran After the Nuclear Deal, a comprehensive Iran deterrence strategy for the United States. This screenshot comes from a CSIS original video that captures the report’s key findings and recommendations. 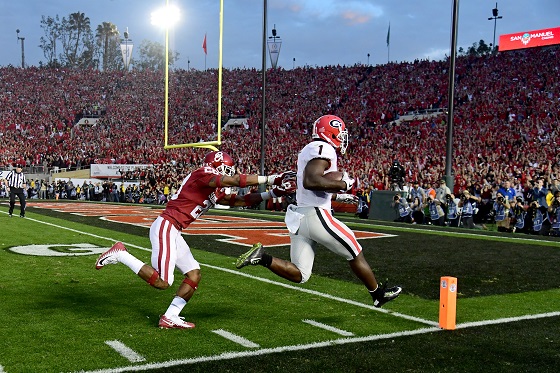 South Korea at the Crossroads, a new book out this month by CFR’s Scott Snyder which presents a look at South Korea’s foreign policy choices.

On Friday, join us for “Taiwan’s Cybersecurity Environment: Challenges and Opportunities,” hosted by CSIS’s Technology Policy Program and Freeman Chair in China Studies.

Take a look at one of our most-streamed events from 2017: Kenyan opposition leader Raila Odinga on the country’s controversial presidential elections.

Russian Roulette’s first podcast of 2018 reflects on the first year of U.S.-Russia relations under the Trump administration, considers the state of Ukraine’s reform process, and predicts what might happen in the region in 2018.

I’m reading a wonderful new rock and roll biography about one of rock’s most important and complex people, Lou Reed. Written by a friend and mentor, Rolling Stone magazine’s Anthony DeCurtis, “Lou Reed: A Life” is an uncompromising look at Reed’s life and career.

DeCurtis isn’t your ordinary rock journalist. He holds a PhD in American literature and is a Distinguished Lecturer in the creative writing program at the University of Pennsylvania. He’s been a contributing editor for Rolling Stone for over three decades. So when he writes that “other than Bob Dylan, the Beatles and James Brown, no one has exerted as great an influence on popular music as Reed has,” I take it very seriously. In many ways, I agree.

Without Lou Reed artists like David Bowie probably wouldn’t exist, nor would entire genres of rock like punk, new wave, alternative and glam.

I love this clip of Reed and Bowie together performing “Dirty Blvd,” a standout track from Reed’s 1989 classic album “New York.” Happy New Year to all! I invite you to email me at aschwartz@csis.org and follow me on Twitter @handrewschwartz