The Evening: NK Update, OPEC Meeting, All Things Must Pass and More

North Korea released photos of what it’s calling the “Hwasong-15.” The missile and its launcher truck appear to support North Korea’s claim that this missile is much more technologically advanced than previous iterations, but there is still much that can’t be gleaned from the photos, as the Washington Post reports.

President Donald Trump dismissed a Chinese diplomatic effort to rein in North Korea’s weapons program as a failure on Thursday, while Secretary of State Rex Tillerson said Beijing should do more to limit oil supplies to Pyongyang, as Reuters reports.

And, Anthony Cordesman has a new commentary, “The Other Side of the North Korean, Iranian, Hezbollah, and Yemeni Missile Threat.”

The White House has developed a plan to force out Secretary of State Rex W. Tillerson, whose relationship with President Trump has been strained, and replace him with Mike Pompeo, the C.I.A. director, perhaps within the next several weeks, senior administration officials said on Thursday. It was not immediately clear whether Trump had given final approval to the plan developed by John F. Kelly, the White House chief of staff, as the NYT reports .

OPEC and a Russia-led group of big oil producers agreed Thursday to keep limiting their output through the end of 2018, as they seek to provide assurance for an oil industry still working through a fragile recovery, as WSJ reports.

The agreement means that Saudi Arabia and Russia, whose combined output totals more than 20m barrels a day, have stood by a deal sealed by President Vladimir Putin and King Salman last year, which has dominated crude markets for the past 18 months, as FT reports. 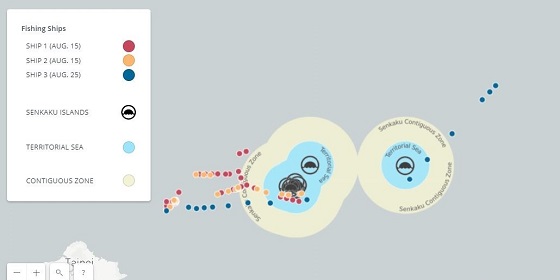 In late summer each year, Beijing lifts its annual ban on fishing in the East China Sea and hundreds of vessels from China, Japan, and Taiwan start the fishing season. The Asia Maritime Transparency Initiative (AMTI) tracked 380 Chinese, Japanese, and Taiwanese fishing vessels in the East China Sea in the months after the 2017 fishing ban ended. Here’s what they found. 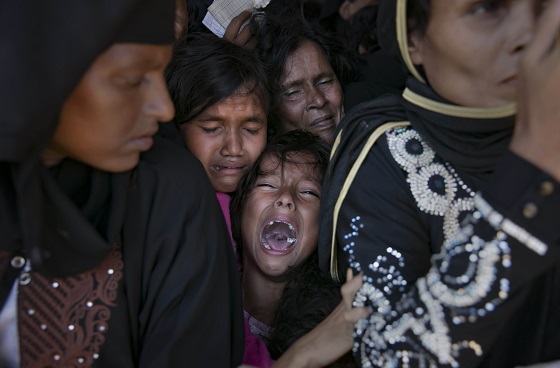 Via the Economist on the “Pointless” war in Yemen.

Join the Wilson Center at 10:30 a.m. for a discussion on the China-Pakistan Economic Corridor, a $62 billion connectivity project between the two nations.

At 3:00 p.m., join the U.S. Institute of Peace for “Is Diplomacy Possible with North Korea?,” an expert panel discussion on U.S.-North Korean confrontation.

And on Monday at 11:00 a.m., join CSIS for a talk on Dr. Gregg Brazinsky’s new book, Winning the Third World, and a discussion on the competition between the United States and China in twenty-first-century Asia and Africa.

Check out highlights from CyberCon 2017, featuring input from CSIS’s Will Carter.

Over the last few years, both Republicans and Democrats have shifted their views on free trade agreements—specifically the North American Free Trade Agreement (NAFTA). On this week’s 35 West, an expert from the Pew Research Center outlines the latest public opinion data on NAFTA and how it changed during and after the 2016 presidential election.

One final song from George Harrison this week—I’ve really enjoyed corresponding with all of you about his music. This is, “All Things Must Pass.”