The Evening: NK Warning, Afghanistan Raid, Skin it Back and More

Secretary of State Rex Tillerson speaking today at the UN warned that failure to curb North Korea’s nuclear and missile development could lead to “catastrophic consequences,” while China and Russia cautioned Washington against threatening military force. President Trump said in an interview with Reuters on Thursday that a “major, major conflict” with North Korea was possible over its nuclear and ballistic missile programs, as Reuters’ Michelle Nichols and Lesley Wroughton report.

And, as the FT’s Demetri Sevastopulo reports. Tillerson called on UN members to impose “painful” new sanctions on Kim Jong Un’s regime over its nuclear program.

The Washington Post’s Anna Fifield reports that the South Korean government reeled today over President Trump’s sudden insistence that it expects Seoul to pay $1 billion for a missile defense system that many there do not want, the latest in a series of slights against one of the United States’ leading allies in Asia.

And, see CFR’s Scott Synder for “ A Menu of Imperfect Strategic Options for South Korea.”

Two US Army Rangers killed during a raid on an Islamic State compound in eastern Afghanistan may have died as a result of friendly fire during the opening minutes of the fierce, three-hour firefight, the Pentagon said today. The head of the Islamic State affiliate in Afghanistan, Abdul Haseeb Logari, was the target of the Wednesday raid, as the AP’s Lolita Baldor reports.

Chinese navy ships will visit the Philippines for the first time in a decade this weekend as Manila and Beijing try to ease strategic mistrust and move beyond their territorial disputes, as the South China Morning Post’s Catherine Wong reports.

Meanwhile, as CSIS’s Asia Maritime Transparency Initiative said today in a new analysis using satellite imagery and data visualizations , a slow-moving crisis continues to unfold in the East China Sea, focused on the disputed Senkaku Islands, called Diaoyu in China, and on competition for seabed resources.

The number of US diplomats and civil servants whose jobs may be cut in an effort to deflate the State Department's budget. Source: Bloomberg.

“What antagonizes Russian president Vladimir Putin is not simply NATO expansion but the Alliance’s very and continued existence.”

—CSIS’s Heather A. Conley and Kathleen H. Hicks authored a new commentary, “ There Is No Alternative to Sovereign Choice.” 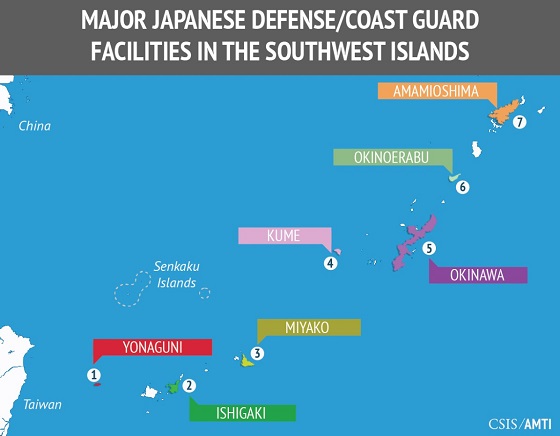 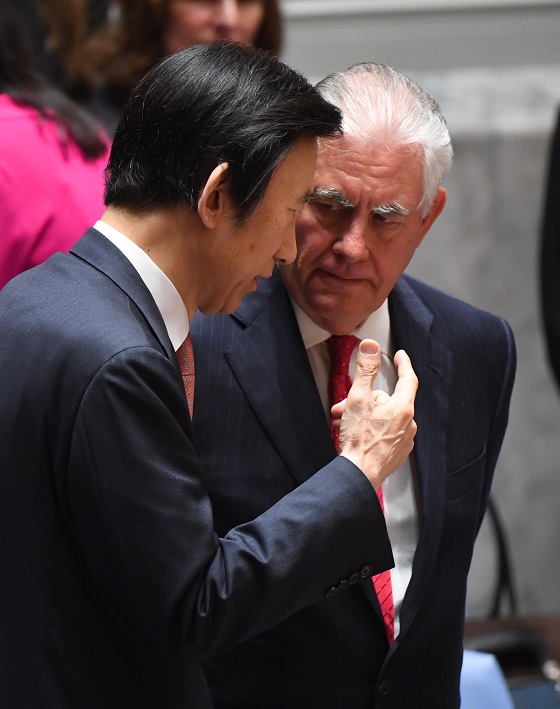 “ Trump’s NAFTA Reversal Confirms the Globalists Are in Charge—For Now ,” by the New Yorker’s John Cassidy.

Join CSIS’s Japan Chair at 10:00 a.m. for “ Japan’s Strategy for the Trump Administration.”

Join CSIS’s Project on Prosperity and Development at 1:00 p.m. for “ The Role of Multi-Sector Partnerships in the New Development Era.”

Join the CSIS Russia and Eurasia Program at 2:00 p.m. for “ Influence and Identity on Europe’s Tense Frontiers.”

And join the Atlantic Council at 12:00 p.m. for a discussion on Trump’s first 100 days, and what comes next.

“ Erdogan’s Ascendency and Turkey’s Future ,” via the CSIS Podcast.

We started this week with “Willin’” covers. And I must admit, I’m in a Little Feat frenzy right now—listening to Feat’s 1981 masterpiece collection “Hoy-Hoy!” non-stop.

The live outtake of “Skin it Back” with Paul Barrere on vocals and trading licks with Lowell George is the highlight for me. It didn’t make the “Waiting for Columbus” live record that was recorded in August 1977 in DC at Lisner Auditorium (a legendary show.)

This clip is from the ’77 Rainbow Theatre in London show and it gives you a sense of how great (and what a smile) Little Feat were live.