The Evening: No Re-Negotiations, South China Missiles, SRV and More

And, as the FT’s Katrina Manson reports, the Trump administration has secured European backing to impose sanctions on Iran should it ever seek to develop an intercontinental ballistic missile.

Plus, Reuters’ Francois Murphy explains what a U.S. withdrawal would likely mean for the UN’s nuclear watchdog and its policing of Iran’s nuclear activities.

And, the Institute for Science and International Security today published a “Nuclear Non-Proliferation Technical Primer.”

China has quietly installed anti-ship cruise missiles and surface-to-air missile systems on three of its fortified outposts west of the Philippines in the South China Sea, as CNBC’s Amanda Macias reports.

Today at the White House, White House spokeswoman Sarah Sanders said of the development, “We’re well aware of China’s militarization of the South China Sea. We’ve raised concerns directly with the Chinese about this and there will be near-term and long-term consequences.”

Trade negotiators from the U.S. and China are digging in for the first round of what they expect to be recurring, difficult talks that don’t produce an immediate settlement, as the Wall Street Journal’s Lingling Wei reports.

“I’m of the opinion that unless Putin is made to regret his decision he will return to the scene of the crime again and again.” 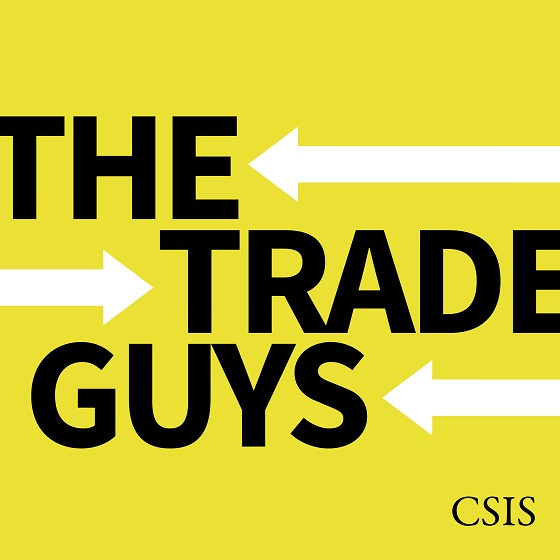 CSIS is excited to announce a new podcast, “The Trade Guys,” where trade experts Scott Miller and Bill Reinsch break down the buzz around trade, how it affects policy, and how it impacts your day-to-day life.

Check out the first episode, “To Be / Or Not to Be in the TPP,” on what to make of the President’s recent announcement that the U.S. might rejoin the deal—even though he pulled out of it on his third day in office. You can find The Trade Guys on Apple Podcasts or SoundCloud.

Join CSIS at 1:30 p.m. to discuss the book “Holy Humanitarians: American Evangelicals and Global Aid,” and what it can teach us about modern debates over the politics of poverty relief and international aid.

At 9:00 a.m., join the Brookings for a conversation on the rewards and barriers that black collegians face in technology and business, and how colleges can innovate to meet current workforce demands in tech fields.

And on May 8th, at 12:00 p.m. join the American Enterprise Institute to discuss how nonprofits can work both with and outside government to solve the most difficult challenges of our time.

What is the Iran Deal May 12th deadline? In this short video, CSIS's Jon Alterman explains the deadline and its implications. Watch here.

Today, CSIS launched its newest podcast, The Trade Guys. The first episode explores the Trans-Pacific Partnership and what to make of the President’s recent announcement that the U.S. might rejoin the deal.

Thanks for all of your great emails about Stevie Ray Vaughan. Some of you told me about the epic SRV shows you attended. Many of you sent me SRV clips. This one is by far my favorite.