During his first congressional grilling as secretary of state on Wednesday, Secretary Mike Pompeo stressed that the United States had made “zero concessions” to the North Korean regime and would continue to hold firm until Pyongyang takes “credible steps” toward denuclearization, as the Washington Post reports.

Secretary Pompeo was confident that the U.S.-North Korea summit is "still scheduled for June 12" despite the president casting doubt on the date on Tuesday, as CBS News reports.

Dive Deeper: According to CSIS Beyond Parallel, reports now indicate that North Korea may be allowing a small group of journalists into the country to cover the shutdown of the North Korean nuclear test site at Punggye-ri this week. These developments suggest that a cancellation or postponement, while still possible, is not in the offing.

The Pentagon rescinded an invitation to China to participate in an international military exercise in the Pacific Ocean next month, signaling disapproval to Beijing for what U.S. officials say is its refusal to stop militarizing South China Sea islands, as the Wall Street Journal reports.

An American government employee posted in southern China has signs of possible brain injury after reporting disturbing sounds and sensations, the State Department said on Wednesday, in events that seemed to draw parallels with mysterious ailments that struck American diplomats in Cuba, as the New York Times reports.

The Trump administration is considering a plan that would impose new tariffs of up to 25 percent on imported vehicles on national-security grounds.
Source: WSJ.

“A bad deal is not an option.”

— Secretary of State Mike Pompeo on negotiations with North Korea.

Our new CSIS podcast, “The Trade Guys,” breaks down the buzz around trade, how it affects policy, and how it impacts your day-to-day life.

Check out the third episode, “Trade War on Hold and a Skinny NAFTA” that tackles two big stories: what came out of the latest U.S.-China trade talks, and what’s happening with the North American Free Trade Agreement. 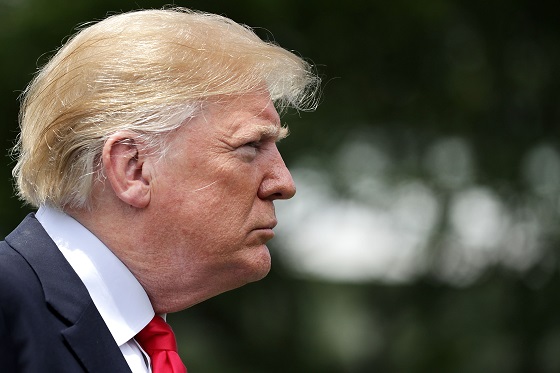 “The only way to bring justice to ISIS 'Beatles,'” by Joshua Geltzer and Luke Hartig for CNN.

Join CSIS at 9:00 a.m. for a discussion with Associate Deputy Attorney General Sujit Raman on how the U.S. Department of Justice is approaching implementation of the CLOUD Act and cross-border data sharing issues, including future bilateral agreements.

At 12:30 p.m., join CSIS for "Can Nuclear Compete?," a conversation on the U.S. nuclear energy sector and national security.

Join CSIS at 2:00 p.m. for a discussion on Roosevelt’s foreign policy, defined more by a careful and restrained exercise of American power than by his idealistic and combative personality.

CSIS recently hosted the Future Strategy Forum, a new initiative to connect women scholars who research national security with its leading practitioners. During the full-day event, panelists spoke on the changing character of warfare and potential new strategies for the U.S. and its partners. Watch the conversations here.

This week’s episode of The Trade Guys covers what came out of the latest U.S.-China trade talks, and what’s happening with the North American Free Trade Agreement. The Trade Guys deconstruct what it means to halt a trade war and explain why the administration might be falling behind schedule to renegotiate the NAFTA deal.

Great smile in my house this morning. My fourteen-year-old held up his iPhone X, tapped on a link to an iTune and said, “Dad, have you ever heard this song?”

“This song” was “Fortunate Son” by CCR. And here I thought there was no hope with regard to rock and roll music for the kids of today…