The central spire of Notre Dame Cathedral collapsed Monday and much of the interior appeared to have been destroyed as a catastrophic fire spread within minutes through a building that has stood at the heart of Paris for more than 800 years. Cathedral spokesman Andre Finot told French media that the building had sustained “colossal damage” and that the Medieval wooden interior — an engineering and artistic marvel that has inspired awe and wonder for the millions who have visited over the centuries — had been gutted. As the Washington Post’s James McAuley and Griff Witte report, the cathedral has been under renovation, and officials said they were considering the blaze an accident relating to construction.

President Moon Jae-in of South Korea said on Monday that he wanted to meet again with North Korea’s leader, Kim Jong-un, making the overture three days after Mr. Kim dismissed Mr. Moon’s mediating efforts between the North and the United States, as “officious,” as the NYT’s Choe Sang-Hun reports.

Indonesia, the world’s third-largest democracy, will vote Wednesday in presidential and legislative elections, casting ballots at 800,000 polling stations set up across an archipelago of more than 17,000 islands, as the Washington Post’s Stanley Widianto and Shibani Mahtani report.

193 million Indonesian citizens will be eligible to vote in the country's general elections on April 17, making it one of the world’s largest single-day elections ever.

“A terrible fire is underway at Notre-Dame Cathedral in Paris.” 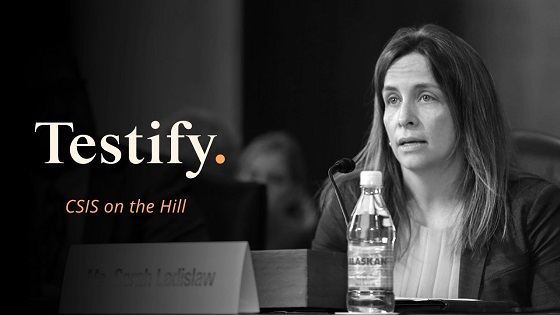 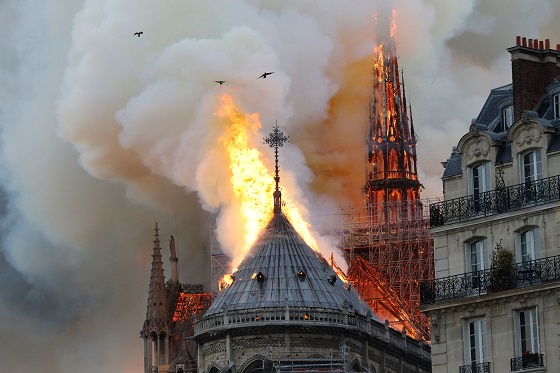 (Photo credit: Francois Guillot/AFP/Getty Images). Smoke and flames rise during a fire at the Cathedral Notre-Dame in Paris today.

“’We Got Them’: A U.S. Destroyer Hunts for North Korean Oil Smugglers,” by the WSJ’s Alistair Gale.

Also, starting at 8:00 a.m., head over to the National Defense Industrial Association for a conference discussing how to advance the field of Human Systems engineering through research, development and collaboration.

Finally, at 11:45 a.m., check out a panel discussion on how the EU can balance their increasingly complex economic and political relationships with the U.S. and China.

Last Friday, CSIS hosted a conference commemorating the 85th anniversary of U.S. membership in the International Labor Organization (ILO). Experts and ILO officials discussed the partnership between the U.S. and the ILO, and celebrated collective achievements. Watch the full event here.

The Cyber from the Start podcast unveils the roots of today’s cybersecurity policies for critical infrastructure, surveillance, espionage, warfare and privacy. James A. Lewis interviews the people who helped lay the foundations for these policies before cybersecurity gained the mass attention it has today.

It’s so hard to smile today while watching Notre Dame engulfed in flames. We all have our stories. I was just there on New Year’s Eve with my family. It is without question one of the world’s most awesome, incredible places to be.

In one of Van Morrison’s most beautiful songs, “St. Dominic’s Preview,” he mentions Notre Dame in its first stanza of lyrics. I listened to this powerful version of it today.