The U.S. military is crafting plans to keep nearly 1,000 forces in Syria, U.S. officials said, a shift that comes three months after President Trump ordered a complete withdrawal and is far more than the White House originally intended, as the WSJ’s Dion Nissenbaum and Nancy Youssef report.

Prime Minister Theresa May’s Brexit plans were thrown into further turmoil on Monday when the speaker of parliament ruled that she could not put her divorce deal to a new vote unless it was re-submitted in fundamentally different form, as Reuters’ Elizabeth Piper and Kylie MacLellan report.

Facebook said it removed 1.5 million videos with footage of the mosque shootings in Christchurch, New Zealand, within the 24 hours after the attack. Some 1.2 million of them were blocked as soon as they were uploaded, but nevertheless many videos remained online.

“May we never forget that immigration is a blessing and a strength." 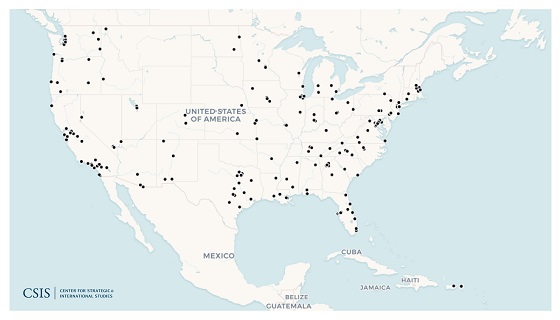 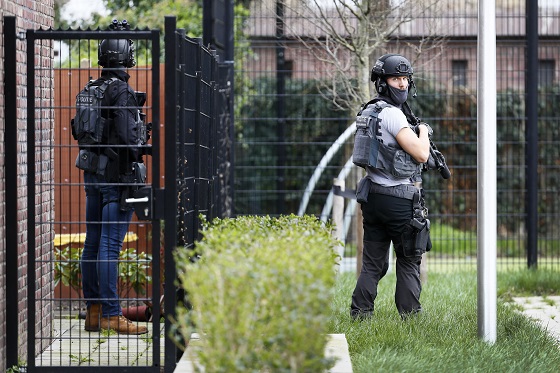 (Photo credit: Robin Van Lonkhuijsen/AFP/Getty Images). A gunman opened fire on a tram in the Dutch city of Utrecht on Monday, killing one person and wounding several others in what officials said was a possible terrorist attack.

At 9:30 a.m., the United States Institute of Peace, the Atlantic Council, and the Embassy of Ukraine will hold a panel discussion on the illegal Russian occupation of Ukraine’s Crimea, featuring CSIS’s Heather Conley.

Then, at 10:30 a.m., the George Washington University Elliott School of International Affairs will host a panel discussion investigating what the United States is doing, and should do, differently as China and Russia retake center stage in U.S. security strategy, featuring CSIS’s Kathleen Hicks.

And, at 3:00 p.m., the National Endowment for Democracy will hold a discussion on how the digital tools which enable people to search for, access, accumulate, and process information have rapidly come to be regarded as a complex threat to democratic stability and human freedom.

On Friday, CSIS hosted a conversation with Air Force Acquisition Executive William Roper to hear his insight on how innovation is changing the acquisition approach for the United States Air Force. Watch the full event here.

CSIS is out with a new podcast - Cyber from the Start - which unveils the roots of today's cybersecurity policies. In its first episode, host Jim Lewis interview John Hamre, President and CEO of CSIS and Former Deputy Secretary of Defense.

Thanks for all of your notes about the passing of Dick Dale, the “King of Surf Guitar” who died on Saturday in California at 81.

Dale was one of the true pioneers of Surf Rock in the early 60’s. He became even more famous when the use of Dale’s extraordinary track, "Misirlou" in the 1994 Quentin Tarantino film “Pulp Fiction” gained him a second chance at a mass audience. And he did not disappoint his new fans. Here’s Dick Dale in 1995 performing “Misirlou” burning up the stage.