The Evening: Poland Presence, China Strikes Back, The Numbers and more

Note: The Evening will be “gone fishin’” on September 19.

President Trump said today that the United States is considering a request from Poland for a permanent U.S. military presence in the fellow NATO country, acknowledging that he shares Poland’s concerns about possible Russian aggression, as Reuters’ Jeff Mason reports.

Syrian forces accidentally shot down a Russian military plane after an Israeli airstrike on Syrian territory, Kremlin officials said today, the worst case of friendly fire for Russia in the Syria war. The accident on Monday night briefly caused a crisis in Russia-Israel relations as the Kremlin first blamed the Israelis, underscoring the risks of escalation from unintended consequences among the different forces operating in Syria, as the New York Times’ David Halbfinger and Andrew Higgins report.

Dive Deeper: “The Escalating Conflict with Hezbollah in Syria,” by CSIS’s Seth Jones and Max Markusen.

China scrambled to deal with an escalating trade fight with the U.S., issuing an expected volley of tariffs and weighing whether to agree to Washington’s offer for more trade talks, as the Wall Street Journal’s Lingling Wei reports.

“For Trump, it was a summer of tariffs and more tariffs. Here’s where things stand,” by the Peterson Institute’s Chad Bown.

" There will be great and fast economic retaliation against China if our farmers, ranchers and/or industrial workers are targeted! " 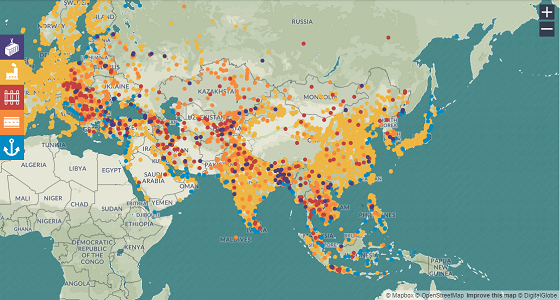 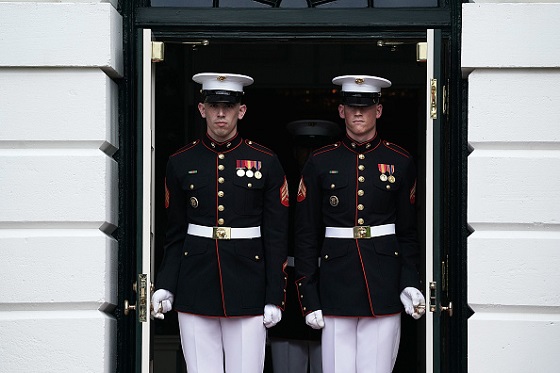 At 1:00 p.m., join CSIS for a discussion on the 17 Sustainable Development Goals, adopted in 2015 as part of the United Nation’s 2030 Development Agenda, and the role the private sector plays in solving global challenges.

Then, at 3:30 p.m., the CSIS Transnational Threats Project will hold a book launch for Program Director Seth G. Jones’ newly released “A Covert Action: Reagan, the CIA, and the Cold War Struggle In Poland.”

And at 9:00 a.m. the Hudson Institute will host U.S. special envoy to Iran, Brian Hook, for a conversation on Iran’s missile proliferation.

Unprecedented numbers of Venezuelan refugees and migrants are fleeing the country as inflation approaches one million percent this year. Today, CSIS’s Moises Rendon and Colombian Ambassador Francisco Santos discussed the impact of this and other challenges facing the region as a result of the Venezuelan economic crisis. Watch the full event here.

Trade experts Scott Miller and Bill Reinsch break down the buzz around trade, how it affects policy, and how it impacts your day-to-day. The Trade Guys is hosted every week by H. Andrew Schwartz. Listen on SoundCloud or Apple Podcasts.

Thanks to all of you who loved the Foghat clip of “Slow Ride.” One of my best friends, who is both a professional musical expert and a great musician did not dig Foghat and thought I’d lost my mind.

Indeed, Foghat isn’t exactly an innovative or particularly great band. They do rock though—that’s undeniable. So forgive me if you couldn’t stomach Foghat!

To prove that I’m not “slipping,” I will make it up to you with an extraordinary video that features supersonic musicians.

Radiohead may be the greatest working rock band on the planet today and they continue to create music that is iconic and uniquely their own. Their 2016 album “A Moon Shaped Pool,” was their 9 th studio record. It features a collaboration with the London Philharmonic Orchestra, some intensely heady lyrics mixed with spacey electronics, percussion and innovative guitars.

And then there is this video featuring Radiohead’s Thom Yorke, Jonny Greenwood and a Roland drum machine. Filmed in Tarzana, California by acclaimed director Paul Thomas Anderson, it’s one of the most intensely intimate portraits of two international rock stars plying their craft. It reminds me of the way Jean-Luc Godard filmed the Rolling Stones’ recording of “Sympathy For The Devil.” I think you will dig it and it will restore my rep.