The Evening: Raqqa, Kurds, The Cult and More

The U.S.-backed Syrian Democratic Forces said Tuesday that they had captured the Islamic State’s de facto capital of Raqqa, ending a four-month battle and driving extremists from the Syrian city used as a nerve center to stage attacks on the West, as Maria Abi-Habib of WSJ reports.

Kurdish separatists in northern Iraq relinquished control over all disputed oil fields to Iraq’s military on Tuesday. The retreat signals a halt, at least for now, of hope for an independent Kurdistan propelled by a referendum held less than a month ago, as David Zucchino of NYT reports.

U.S. military intelligence has detected a new diesel-electric submarine under construction at North Korea’s Sinpo shipyard, on the country’s east coast, according to a U.S. government source with knowledge of North Korea’s weapons programs, as Ankit Panda of the Diplomat reports.

And, as Alex Lockie of Business Insider reports, North Korea’s deputy UN ambassador said on Monday that tensions on the peninsula had escalated to the point that “a nuclear war may break out any moment.”

Chinese president Xi Jinping will kick off the 19th National Congress of the Communist Party of China, a five-yearly meeting akin to a closed-door election.

And, CNN has an explainer, “China's 19th party congress: What you need to know.”

“He’s going to get the ideological canonization. If you’re opposing him, that’s no longer just a disagreement with the individual party chief or Xi Jinping personally. Then you’re challenging the party line.” 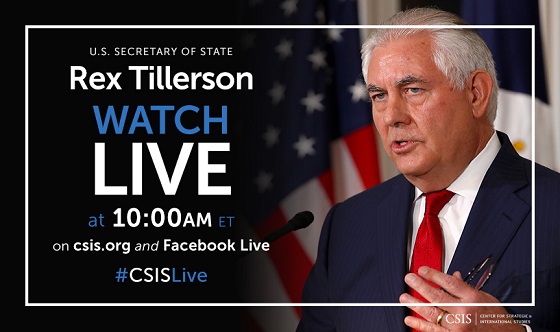 Tomorrow, Secretary of State Rex Tillerson joins CSIS to deliver remarks on “Defining Our Relationship with India for the Next Century.” You can watch the live webcast here. 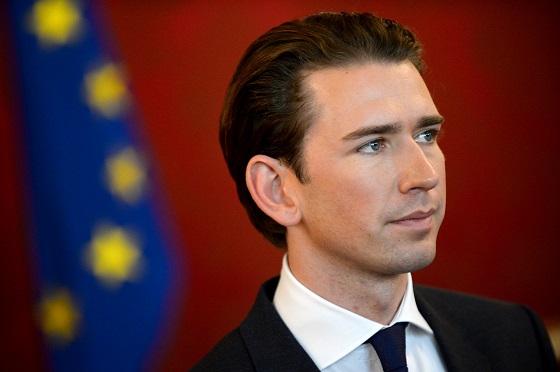 Tomorrow, at 10:00 a.m., CSIS will host Secretary of State Rex Tillerson for a discussion on foreign policy with India. Watch live here.

And join CSIS at 10:00 a.m. for “The Future of War: A History,” an examination of the perils and implications of futurism.

Also at 10:00 a.m., join CSIS for a discussion on the private banking sector in Iraq and its place in the forefront of reconstruction initiatives.

And, at 2:30 p.m., Brookings will host Greek prime minister Alexis Tsipras for a discussion on economic and foreign policy.

CSIS hosted "The Impact of Migration on Europe," a discussion on the 65.6 million people who have been displaced from their homes worldwide.

Building the Future: Freedom, Prosperity, and Foreign Policy with Dan Runde released a new episode today, “The Benefits of Integrating Displaced People,” on allowing displaced persons to work and integrate into society.

It wasn’t too long ago that rock and roll thrived as the cultural cornerstone—especially in the United States and the United Kingdom. We used to get so excited when we would “discover” a great British band. In the late 1980s, we got hip to The Cult, a rollicking prog-rock, heavy guitar band that echoed Led Zeppelin, The Doors and lot of other great acts. Their sound was the kind of music you rolled down your windows too and blasted at an outrageous volume. I still do!

I think I may still have a bit of hearing loss from seeing The Cult perform at George Washington University’s Smith Center in the 80s. But it was worth it! This clip from 1987 features The Cult in all their swaggering glory. Their sound is not for everyone, but it’s only rock ‘n’ roll and it makes me smile.