The Evening: Russia’s Exercises, Iran Waiver, The Chain and More

Russia on Thursday kicked off a week of war games with ally Belarus that have NATO neighbors and the United States watching anxiously, as the Washington Post’s David Filipov reports .

And, see the Atlantic Council’s “ZAPAD 2017: A Guide to Russia’s Largest Military Exercise.”

The Daily Beast’s Betsy Woodruff and Spencer Ackerman report that multiple spokespersons for the U.S. military have said that they are aware of reports that an American fighting in Syria for ISIS has been taken into custody.

Meanwhile, CNN reports that 66 people were killed and 97 others were wounded when ISIS carried out a coordinated attack targeting a security checkpoint and a restaurant in the south of Iraq on Thursday.

The United States on Thursday waived nuclear-related sanctions on Iran but slapped new ones on 11 companies and individuals linked to the country’s ballistic-missile program and cyber attacks on U.S. companies several years ago, as the Washington Post’s Carol Morello reports.

And in related news, Foreign Policy’s Jana Winter and Dan De Luce report this afternoon that opponents of the Iran nuclear deal are pushing a proposal that calls for President Donald Trump to declare that Tehran has failed to comply with the agreement and to threaten an unprecedented economic embargo designed to rattle the regime.

“The Trump administration is continuing to review and develop its policy on Iran.” 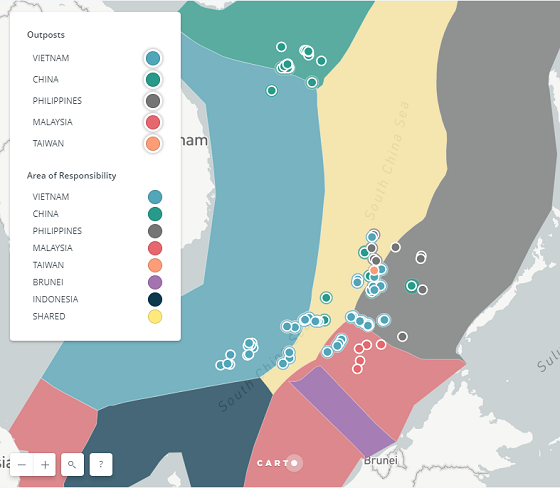 This week the Asia Maritime Transparency Initiative (AMTI) released a new feature on the South China Sea’s fishing zones. The feature, “A Blueprint for Fisheries Management and Environmental Cooperation in the South China Sea,” aims to provide a model to manage maritime disputes in the region. 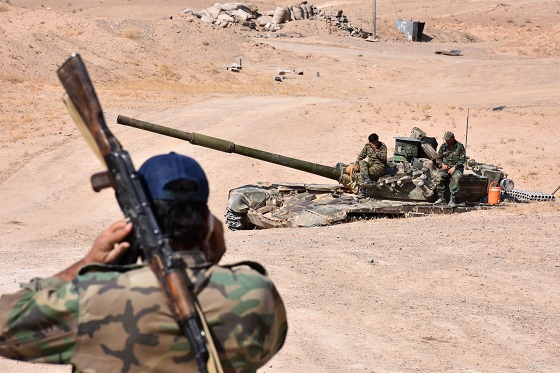 (Photo Credit: GEORGE OURFALIAN/AFP/Getty Images.) Syria forces begin their advance on the area of Bughayliyah, on the northern outskirts of Deir Ezzor on September 13, 2017, during their ongoing battle against ISIS.

Join CSIS’s Americas Program at 10:00 a.m. for a discussion on the announced departure of the UN Stabilization Mission (MINUSTAH) military force from Haiti in October. Speakers will examine MINUSTAH’s controversial history, its response in the aftermath of multiple natural disasters, and implications for Haiti’s political and economic future.

And, join CSIS’s Project on Prosperity and Development for “Sub-National Domestic Resource Mobilization, Innovation, and Development,” the launch of a new report at 10:30 a.m.

Today, CSIS hosted Vice Admiral Jan Tighe, deputy chief of naval operations for information warfare and director of naval intelligence, for a discussion on cyber warfare in the maritime domain as part of the Maritime Security Dialogue series.

CSIS’s Russian Roulette podcast dives into the politics, economics, and culture of Russia and Eurasia through interviews with experts from CSIS and around the world.

The truth is that while they are obsessed with Rap music (“because, it’s like, so real”) and other forms of bubblegum pop (“you can dance to it”), rock is the essential ingredient in EVERYTHING they listen to. Most of our kids just don’t know that the riff they dig in their favorite song comes from some ancient guitar lick crafted in the 70s, 80s or 90s. For most of today’s young music consumers, it’s irrelevant that Kanye begged Steely Dan to sample “Kid Charlemagne” and that Kendrick Lamar appropriated Wings.

But today’s savviest young musicians know precisely how music developed. They study rock and roll and relish the good stuff. I think they love it so much that they realize that rock is so old, it’s becoming new again and that they can make it their own.

Take Harry Styles, the Brit pop star/actor who became famous as part of the boy band One Direction. Styles is also a solo artist and despite his boy band cred, he carries himself these days more like a rocker. He’s also performing classic rock cover tunes. I LOVE Styles’ cover of Fleetwood Mac’s immortal “The Chain,” which he performed a few days ago while visiting BBC’s Live Lounge. They’ve been saying that rock is dead for a long time. Don’t believe the hype.