The Evening: Russia-Turkey Cease-fire, Coronavirus, Car Wheels on a Gravel Road and More

Russia and Turkey have agreed to a cease-fire in northwestern Syria, where intense fighting has triggered a humanitarian catastrophe and brought the nuclear power and the NATO member closer to direct war, as the WSJ’s Ann M. Simmons and David Gauthier-Villars report.

The Senate rapidly cleared an $8.3 billion emergency funding bill today to aid the fight against the coronavirus, as U.S. deaths from the illness reached double digits and more than 160 people tested positive across more than a dozen states, as Politico’s Jennifer Scholtes and Caitlin Emma report.

Meanwhile, as the Washington Post’s Erin Cunningham and Dalton Bennett report, the coronavirus outbreak sweeping through Iran has delivered a jarring blow to the senior ranks of its government, infecting about two dozen members of parliament and at least 15 other current or former top figures.

Prosecutors at the International Criminal Court will investigate whether war crimes were committed in Afghanistan by the Taliban, Afghan military and U.S. forces after an appeals panel said on Thursday the “truth-seeking” inquiry should go ahead, as Reuters reports.

"The challenge with climate change is that it’s presenting a risk that humans have never really had to deal with; it’s a risk that’s unfolding now but will worsen overtime and cause irreversible consequences.”

Mass protests increased annually by an average of 11.5 percent from 2009 to 2019 across all regions of the world.

“We still have confidence that the Taliban leadership is still working to deliver on its commitment.” 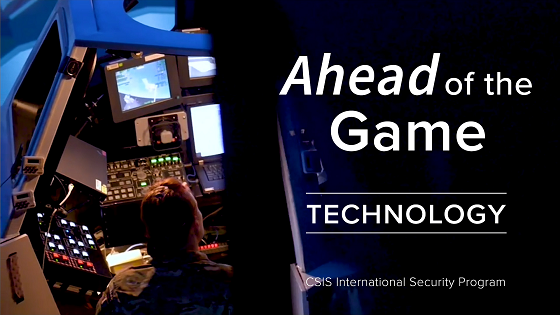 In an increasingly uncertain world, the analysis of the CSIS International Security Program has consistently been ahead of the game. In part one of this series, CSIS's Shaan Shaikh, Lindsey Sheppard, and Todd Harrison explain how their prescient research on technology predicted real-world events and what could be coming up next. 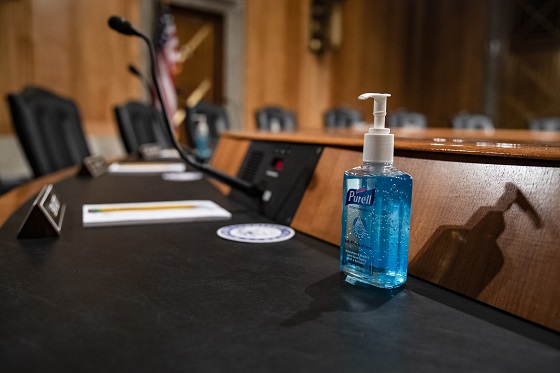 (Photo credit: Samuel Corum/Getty Images). Bottles of hand sanitizer are placed between every other senator's seat around the dais before a Senate Homeland Security Committee hearing on the government's response to coronavirus today on Capitol Hill.

At 11:30 a.m., the Atlantic Council will host Under Secretary of Energy Mark Menezes for a panel discussion on a U.S.-led energy strategy for the Western Hemisphere.

Also, at 11:30 a.m., the Center for American Progress will host former White House homeland security adviser Lisa Monaco and former U.S. Ebola response coordinator Ron Klain, among other experts, for a discussion on what the United States should do the combat the COVID-19 outbreak.

Later, at 12:30 p.m., the Women’s Foreign Policy Group and the University of Notre Dame’s Keough School of Global Affairs will host Devon Cone, senior advocate for women and girls at Refugees International, for a conversation about women and children seeking asylum in the European Union.

James Lewis, senior vice president and director of the Technology Policy Program at CSIS, testified before the Senate Committee on Commerce, Science and Transportation yesterday on “5G Supply Chain Security: Threats and Solutions.” Learn more about his testimony here.

I sat down with CSIS International Security Program expert Sam Brannen to discuss his new report on the decade-long trends of mass political protests around the world.

Speaking of southern rock and roots music, Lucinda Williams is one of the all-time greats. I can always go back to her music—her songs are as vivid as they are timeless.