Moscow extensively interfered in the 2016 presidential election, but repeated communications with the Trump campaign that year didn’t amount to a criminal conspiracy, Robert Mueller said in a report that also avoided judgment on whether President Trump obstructed justice out of “fairness concerns,” as the WSJ’s Sadie Gurman and Aruna Viswanatha report.

Dive Deeper: “Russian Meddling in the United States: The Historical Context of the Mueller Report,” by CSIS’s Seth Jones.

North Korea test-fired a new type of tactical guided weapon at different targets, marking “an event of very weighty significance,” the country’s state media reported and as the NYT’s Choe Sang-Hun reports, analysts said the test of what could be a new short-range guided or cruise missile shows the North Korean leader reverting to saber rattling as he seeks to end sanctions that are derailing his hopes of rejuvenating the North’s economy.

Meanwhile, as Reuters reports, North Korea said on Thursday it no longer wanted to deal with U.S. Secretary of State Mike Pompeo and said he should be replaced in talks by someone more mature, hours after it announced its first weapons test since nuclear talks broke down

And CSIS’s Beyond Parallel.

Indonesian President Joko Widodo on Thursday declared victory in a presidential election to lead the world’s third-largest democracy but his challenger also claimed he had won and complained of widespread cheating, as Reuters reports.

German prosecutors have charged a 92-year-old former concentration camp guard with being an accessory to murder, in what will be one of the last ever cases against Nazi-era war crimes. Hamburg prosecutors accused the man, identified only as Bruno D., of aiding and abetting 5,230 cases of murder.

“I am afraid that, if Pompeo engages in the talks again, the table will be lousy once again and the talks will become entangled. Therefore, even in the case of possible resumption of the dialogue with the United States, I wish our dialogue counterpart would be not Pompeo but other person who is more careful and mature in communicating with us.” 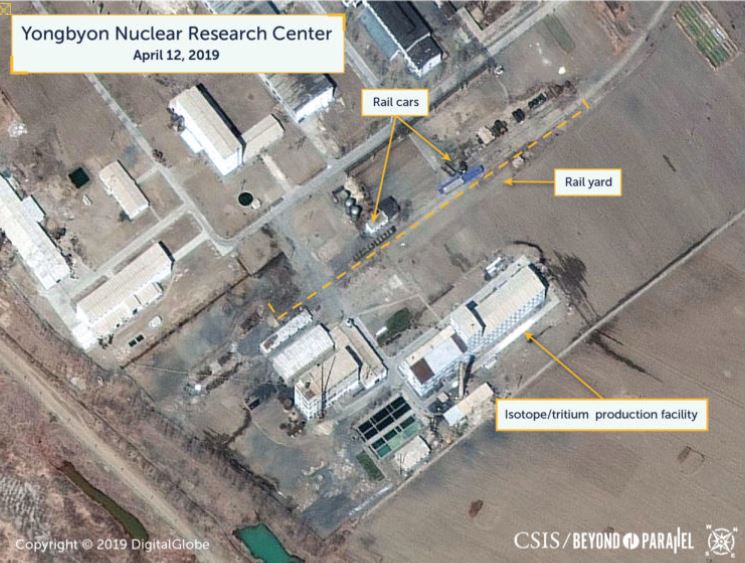 CSIS's Beyond Parallel has gathered new satellite imagery of North Korea’s Yongbyon Nuclear Research Facility showing the presence of five specialized rail cars near the Uranium Enrichment Facility and the Radiochemistry Laboratory. In the past, these specialized rail cars appear to have been associated with the movement of radioactive material or reprocessing campaigns. 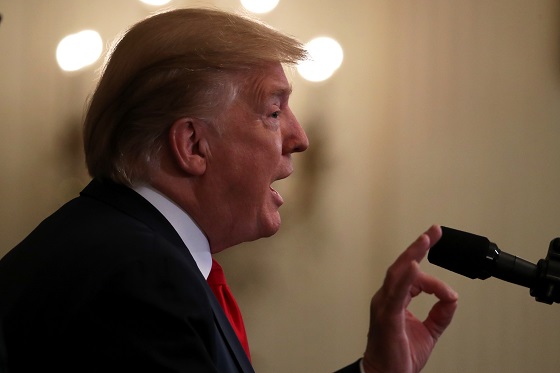 "Haven’t We Done This Before? Lessons from and Recommendations for Strategic Competition in Sub-Saharan Africa," by CSIS's Judd Devermont.

At 10:00 a.m., join CSIS for a discussion on U.S.-North Korean relations from Russia's perspective and the potential role of third parties in the region's diplomacy.

Later, at 12:00 p.m., the Middle East Institute will host a conversation about the reelection of Israeli Prime Minister Benjamin Netanyahu and its implications for Israel’s domestic and foreign policy.

CSIS today hosted a panel discussion assessing the outcomes of the Indonesian elections and the consequences of a second term for President Joko Widodo on domestic politics, economic and foreign policy, and U.S.-Indonesia relations. Watch the full event here.

Andrew and the Trade Guys take on the world of digital trade with Victoria Espinel, president and CEO of BSA | The Software Alliance. Victoria shares her thoughts on USMCA, the evolving intersection of privacy and digital trade, and much more.

First, happy holidays to all!

The Spring in D.C. makes me smile even though it makes me sneeze. And I’ve been listening to my favorite era of Grateful Dead upbeat, groovy music. This means the Dead’s Spring Tour of 1977 and their very famous performance at the Barton Hall on May 8, 1977 at Cornell University. The show is so well known that if you say “Cornell ‘77” to any Deadhead they will immediately grin and start parsing the greatness of the concert. Some have even referred to it as the “greatest rock concert of all time.” I sure wish I had been there. I would have only been 9, but whatever…

Released by the Dead in 2017 as a pristine sounding live album following decades of the show only being available via shared bootleg recordings, Cornell ’77 delivers extraordinary musical moment after moment. Each note played on guitar by Jerry Garcia seems to leap from the speakers. Just listening to it puts you there without a time machine or virtual reality.

One of my favorite sections of the concert is the “Scarlet Begonias” “Fire On The Mountain” medley. There is no video of the sublime Cornell ’77. But just over a week earlier on April 27, 1977, the Dead was filmed performing a stellar “Scarlet Fire” at the Capitol Theatre in Passaic, New Jersey.