President Trump sharply condemned white supremacy and pledged a new focus on disrupting online mass-shooter plots, but he didn’t unveil major gun-control proposals, in his first formal remarks to the nation since back-to-back attacks over the weekend, as the WSJ’s Catherine Lucey and Rebecca Ballhaus report.

Dive Deeper: “The Rise of Far-Right Extremism in the United States,” by CSIS’s Seth Jones.

U.S. stocks have registered their biggest one-day drop of the year and bond yields plunged after China allowed its currency to fall through a key threshold, escalating the trade war between Washington and Beijing and raising concerns about the outlook for global growth, as the FT reports.

Dive Deeper: “Trump's War on US Exports,” by the Peterson Institute’s Fred Bergsten.

India on Monday revoked the special status of Kashmir, the Himalayan region that has long been a flashpoint in ties with neighboring Pakistan, moving to grasp its only Muslim-majority region more tightly, as the NYT’s Jeffrey Gettleman and Sameer Yasir report.

Iran told European powers on Monday it would further reduce compliance with its 2015 nuclear deal in about a month’s time if they were still failing to protect it from crippling U.S. sanctions, re-imposed after Washington exited the deal, as Reuters reports.

North Korea has generated an estimated $2 billion for its weapons of mass destruction programs using “widespread and increasingly sophisticated” cyber-attacks to steal from banks and cryptocurrency exchanges.

“We call on our government to make addressing this form of terrorism as high a priority as countering international terrorism has become since 9/11.” 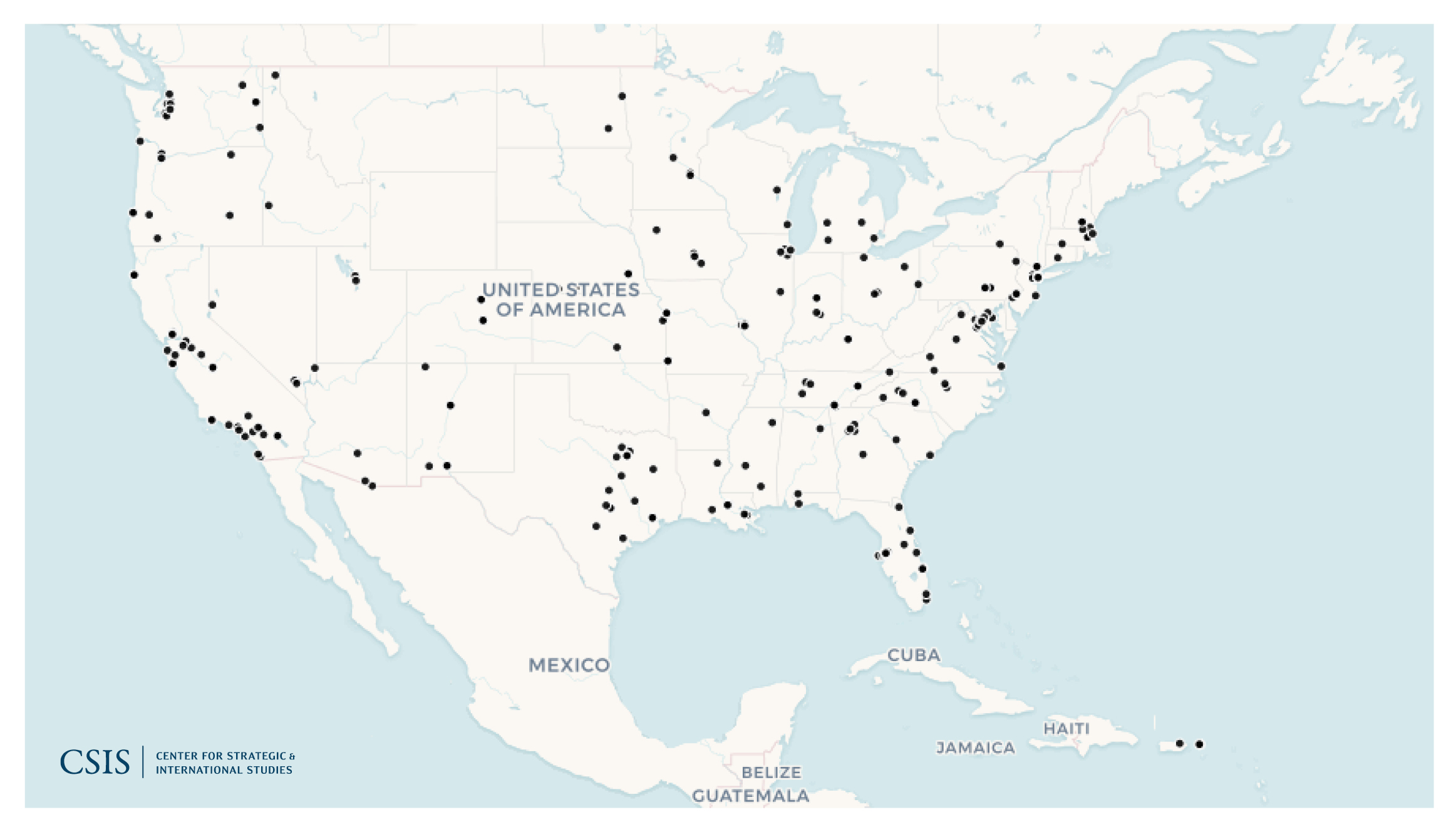 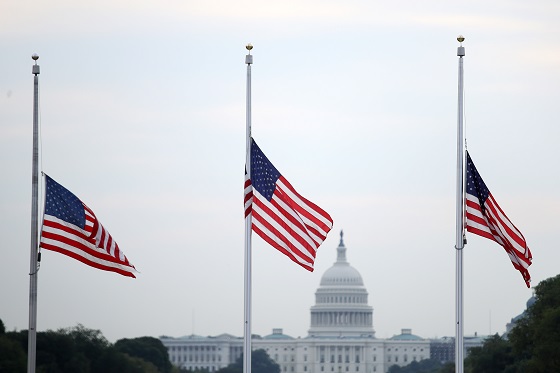 (Photo credit: Win McNamee/Getty Images). The American flag flies at half staff over the U.S. Capitol in memory of those killed in the recent mass shootings in El Paso, Texas and Dayton, Ohio.

“What Does the Bipartisan Budget Act of 2019 Mean for Defense?" by CSIS's Todd Harrison and Seamus Daniels.

At 10:00 a.m., the U.S. Institute of Peace will hold a panel discussion about the power of strategic language and how to talk about those disengaging from violent extremism.

Later, at 12:00 p.m., the Atlantic Council will host “A View from Iraq,” a conversation with Iraqi Council of Representatives Member Sarkawt Shamsulddin.

And, at 7:00 p.m., Politics and Prose Bookstore will hold a discussion with Zahra Hankir, author of "Our Women on the Ground: Essays by Arab Women Reporting from the Arab World.”

CSIS recently released a new “What’s Happening” video about China's Belt and Road Initiative, one of the largest infrastructure investment projects the world has ever seen. Jonathan Hillman describes what this initiative has come to look like, the issues it faces moving forward, and the threats and opportunities it presents to the U.S. Watch the video here. 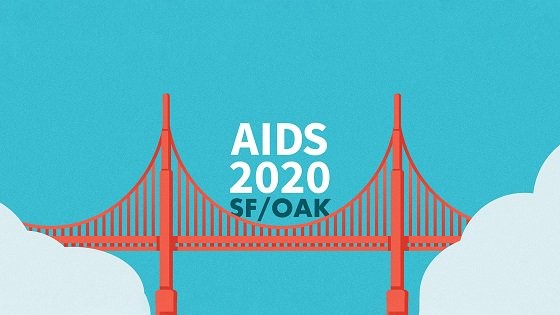 Steve Morrison and Sara Allinder talk to Helga Ying, the Head of Local Office for the AIDS 2020 Conference. Ying discusses her career in HIV/AIDS, the bipartisanship support for HIV/AIDS, and her hopes for the conference.

I was waist deep in the Pacific Ocean snapping photos of my sons who were surfing Broad Beach in Malibu when I received the text: my friend, the great New Orleans keyboard master Art Neville had passed away at 81. Poppa Funk had left us. The sun kept shinning and my boys kept surfing and that helped ease the blow—it was the best way possible to learn that one of my heroes had passed. It was certainly the way Art would have wanted me to hear the news—in New Orleans, people celebrate a great life led when someone leaves us, and this was as good a way to start the party as any.

I’d met Art (known to his friends as Ar-T) when I was a 20 year-old Tulane student. I lived around the corner from Art’s Valence Street home in Uptown, New Orleans. Art and his wife Lorraine took me in and he was like a second grandfather to me. I learned a lot from hanging out in the Neville household. Art was a Navy veteran who loved world affairs and had traveled the globe many times over. He had such deep intellect and wisdom. I met so many legendary musicians through hanging out with Ar-T, but I will never forget when he introduced me to Ed Bradley of 60 Minutes. That was heavy duty.

Art’s music is such a big part of the modern New Orleans sound. He wrote or co-wrote songs like “Mardi Gras Mambo,” “Cissy Strut” and “Fiyo on the Bayou.” He co-founded both the Meters and the Neville Brothers. His live performances were legendary. I’ll play one this week—I’ve played so many in this space before. But today, in memory of Art, I want to just focus on his unique voice and his distinctive piano playing. This song, “Six Strings Down (Another Blues Stringer)” is a song Art co-wrote with Jimmy Vaughn in memory of Stevie Ray Vaughn upon SRV’s death. I remember Art playing this song in the kitchen of his house on Valence Street on a small keyboard on the kitchen table. I will never forget his voice.