According to a new CSIS Asia Maritime Transparency Initiative analysis based on satellite imagery, China has built more infrastructure on artificial islands in the disputed South China Sea in the past year, including underground tunnels and radar installations, even as it has sought to repair relations with other claimants, as the Wall Street Journal’s Jeremy Page reports.

The Federal Communications Commission swept aside rules barring broadband providers from favoring the internet traffic of websites willing to pay for speedier service, sending the future of net neutrality on to a likely court challenge, as Bloomberg reports.

Dive Deeper : See AEI’s “After the vote: What’s next for the Restoring Internet Freedom Order."

And Brookings’ “Net Neutrality is Dead. Now What?”

Russian president Vladimir Putin said today that the United States was in the grip of a fabricated spymania whipped up by President Donald Trump’s opponents, but he thought battered U.S.-Russia relations would recover one day, as Reuters reports.

U.S. ambassador to the United Nations Nikki Haley, standing before military debris that she claimed to be of Iranian origin, offered Thursday what she presented as “indisputable” evidence of Iran’s UN resolution-violating actions in the Middle East, as Politico’s Louis Nelson reports.

Senator Lindsey Graham (R-SC) said there is a 3 in 10 chance that the United States will use a military option if North Korea conducts another long-range ballistic missile test.
Source: Atlantic.

“Objectively we can see a number of fairly serious achievements over the short period he’s been working.” 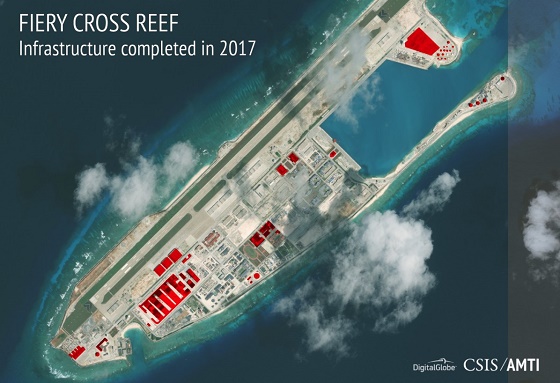 In the South China Sea this past year, Beijing carried out most of its construction in the disputed Spratly Islands. This photo of Fiery Cross Reef shows the significant infrastructure upgrades covering about 110,000 square meters. 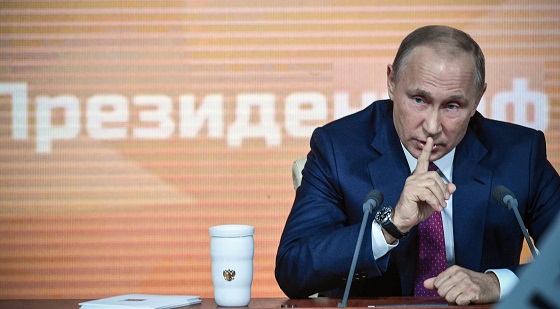 On Monday, join the CSIS Simon Chair at 9:00 a.m. for a conversation and presentation series comparing Chinese and Western approaches to infrastructure investment.

In the summer of 2017, a team from the CSIS Global Food Security Project traveled to Kenya and India to explore how policies shape agricultural development. Yesterday, CSIS hosted the launch of the resulting report, The Human Face of Trade and Food Security.

The Kremlin Playbook podcast miniseries released a new episode this week, “Countering Russian Inference,” on the options the United States has to counter influence in our elections.

Available on Apple Podcasts or SoundCloud.

This is such a joyous one for me. You see, it was announced yesterday that Dire Straits will be inducted into the Rock and Roll Hall of Fame in the 2018 class. Now I just need Little Feat, the Meters, Delaney and Bonnie, and a few others to get inducted.

Dire Straits, as we have discussed in this smiling space, clearly belong in the Rock Hall. They’ve sold over 100 million albums worldwide.

We used to listen to their album, “Alchemy Live,” in our dorm rooms at Tulane late at night freshman year…Very few things have ever sounded better. In fact, this smile goes out to one of my close friends from school—his son was accepted as an undergrad to Wharton yesterday! Now that made me smile. So does this very groovy live version of “Sultans of Swing” from “Alchemy Live.”