The Evening: Sri Lanka, Iran Sanctions, Not Fade Away and More

U.S. and Indian security services warned the Sri Lankan government of a possible attack weeks before a devastating series of bombings killed at least 290 people at churches and tourist hotels on Easter Sunday. Sri Lanka government officials said some of the suicide bombers and others arrested were linked to an obscure radical Islamist group known as National Thowheeth Jamath, a group the government singled out to police for monitoring as a possible threat after the foreign security services issued their warning, as the WSJ’s Uditha Jayasinghe and James Hookway report.

Sanctions on Allies over Iranian Oil

The Trump administration said Monday that it will start imposing sanctions on some key U.S. allies unless they stop buying oil from Iran after waivers expire next month, as the Washington Post’s Carrol Morello reports.

Dive Deeper: “Trump’s Inconsistent Approach to Iran Oil Waivers Means He Can’t Have His Cake and Eat it Too,” by the Atlantic Council’s Randolph Bell.

The comedian Volodymyr Zelensky won a landslide victory in Ukraine’s presidential election, according to official results with nearly all of the votes counted, making a comic actor with no experience in government or the military the commander in chief of a country that has been at war with Russian proxies for over five years as the NYT’s Andrew Higgins and Iuliia Mendel report.

The Taliban receives approximately 65% of its income from selling opium.

“Why kill the innocents?” 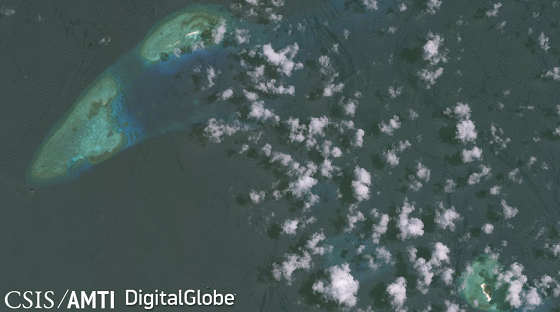 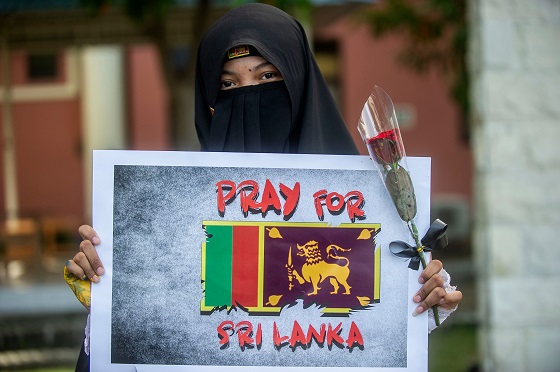 (Photo credit: Juni Kriswanto/AFP/Getty Images). An Indonesian student shows her solidarity to the victims of the Sri Lankan blasts, today in Surabaya.

At 1:00 p.m., CSIS hosts a rollout for a new report. The project, a collaboration between CSIS and top outside experts, analyzes how the United States should shape its global infrastructure buildout to advance its strategic goals.

And, at 4:00 p.m., CSIS holds an event to discuss the evolving space threat environment. The event includes a keynote address by Steve Kitay, DASD for Space Policy, along with a screening of the iLabs’ new documentary on the Space Force.

Last week, CSIS Russia and Eurasia program held a discussion analyzing U.S.-North Korean relationship. Offering a unique perspective, the program’s discussion covered the role of third parties in negotiations, and the potential for stability between the two countries. Watch the full video here.

In a new episode, Andrew and the Trade Guys take on the world of digital trade with Victoria Espinel, president and CEO of BSA | The Software Alliance. Victoria shares her thoughts on USMCA, the evolving intersection of privacy and digital trade, and much more.

Buddy Holly wrote “Not Fade Away” in 1957 with an infectious rhythm based on Bo Didley’s signature guitar riff.

“Not Fade Away” proved to be one of those songs that helped launch thousands of rock bands. Two of them famously covered “Not Fade Away,” the Rolling Stones and the Grateful Dead.

The Stones brought snarling attitude to the song, the Dead brought improvisation that encompassed the heart of American roots music and its various styles.

Here’s the Grateful Dead performing Buddy Holly’s “Not Fade Away” with full throated passion on New Year’s Eve as 1977 turned into 1978 at Winterland in San Francisco.