A new wave of powerful cyberattacks hit Europe and beyond today in a possible reprise of a widespread ransomware assault in May, as the Washington Post’s Andrew Roth and Ellen Nakashima report.

U.S. officials have seen chemical weapons activity at a Syrian air base that was used in the spring nerve gas attack on rebel-held territory, the Defense Department said today, scrambling to explain what prompted a White House statement a day earlier that Syria would “pay a heavy price” if it carried out another one, as the New York Times’ Helene Cooper and Ben Hubbard report.

And, Syrian President Bashar al-Assad visited a Russian air base at Hmeymim in western Syria today, his first visit to the base from which Russian jets have played a crucial role in support of his war effort, as the Telegraph reports.

Brazil’s president dismissed corruption allegations against him as a “soap opera plot” today and sought to cast doubt on the motivations of the country’s top prosecutor a day after a scathing indictment was issued against the leader, as the AP’s Mauricio Savarese and Sarah Dilorenzo report.

The bitcoin payment (converted to US dollars) demanded to retrieve files in today’s “Petya” cyber attack in Europe. Source: NPR.

“Give us a chance to develop and to articulate our policies. Most of this stuff is still cooking in the oven.” 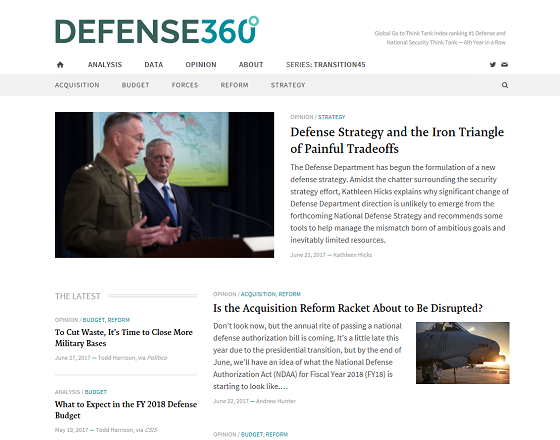 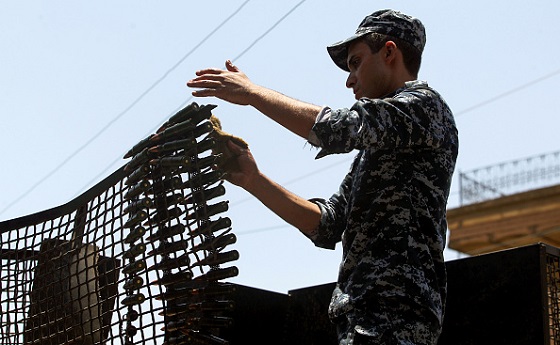 (Photo Credit: Ahmad Al-Rubaye/AFP/Getty Images.)
A member of the Iraqi forces cleans an ammunition belt on a Humvee during the advance through the Old City of Mosul on June 26, 2017, as the offensive continues to retake the last district held by ISIS.

Join CSIS’s Freeman Chair in China Studies at 10:00 a.m. for a discussion on China’s economic trajectory, credit risks, and the implications for the global economy.

Join CSIS’s Energy and National Security Program at 10:30 a.m. for a discussion on the forces impacting the security of global oil and gas supplies.

Join the Atlantic Council at 9:00 a.m. for a panel discussion on how global communities are building resilience through mitigating the cost and maximizing the benefits of immigration.

Today, CSIS’s International Security Program hosted “Integrating Strike and Defense,” a conference that examined the trends in the missile threat environment and the next steps for offense-defense integration.

Energy 360 analyzes how Turkey’s aspirations to become an energy hub, particularly for natural gas, would increase its influence with its neighbors and impact bilateral relations between Russia and Europe.

You can listen on iTunes or Soundcloud.

A critical mass of our readers want more from The Byrds. I don’t blame them. Let’s do this—let’s think about The Byrds, one of the all-time great bands influencing another one of the world’s greatest all-time rock bands. Who jumps to mind? Who likes to spend a lot of time in Malibu/Topanga Canyon?

Easy. Tom Petty and the Heartbreakers. So you want to be a rock and roll star?