The United States began withdrawing American troops from Syria’s border with Turkey early Monday, in the clearest sign yet that the Trump administration was washing its hands of an explosive situation between the Turkish military and U.S.-allied Kurdish fighters, as the Washington Post’s Missy Ryan, Kareem Fahim, Sarah Dadouch and Karen DeYoung report.

And, as the WSJ’s Lindsay Wise reports, Senate Majority Leader Mitch McConnell urged President Trump to “exercise American leadership” and keep U.S. troops in northern Syria, joining a chorus of Republican and Democratic lawmakers who warned the president against withdrawing from the area.

Dive Deeper : “The Implications of a Turkish Intervention in Northeastern Syria,” by CSIS’s Will Todman.

“The Syrian Conflict Is About to Intensify,” by CFR’s Steven Cook.

David Malpass, the president of the World Bank, has warned that global growth could fall short of the 2.6 per cent rate it predicted in June, in the latest sign of concern in multilateral institutions about the direction of the world economy, as the FT’s James Politi reports.

Hong Kong police staged a show of force on Monday night in a district hit by some of the most violent clashes with protesters in recent months, but instead of being confronted by demonstrators, they were jeered by onlookers, as Reuters reports.

Join CSIS October 15-18 for our course, Understanding Washington. Explore how formal entities and informal networks interact to impact policy decisions. Open to professionals who are new to D.C. or those seeking a better understanding of the policy ecosystem.

“…if Turkey does anything that I, in my great and unmatched wisdom, consider to be off limits, I will totally destroy and obliterate the Economy of Turkey (I’ve done before!)” 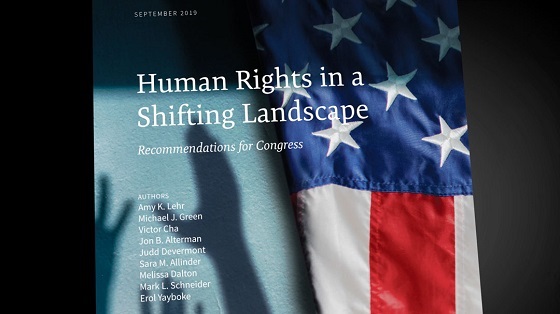 With authoritarian threats on the rise, there has never been a more important time for the United States—and especially Congress—to lead on human rights. Watch the new PreView on "Human Rights in a Shifting Landscape." 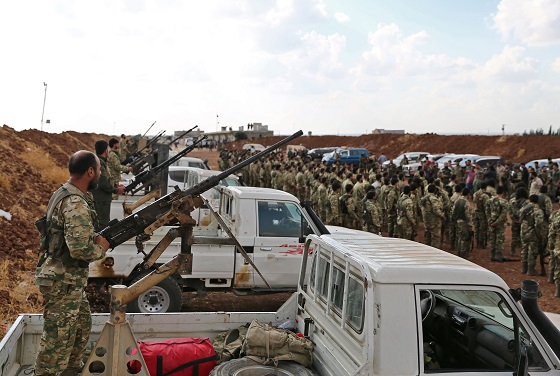 “Perfect Match: How Workers Can Find Jobs That Fit Them Best,” by CSIS’s Kati Suominen and Jack Caporal.

At 8:45 a.m., CSIS’s Stephenson Ocean Security Project will hold a forum on the connection between maritime security and climate stress.

And, at 12:00 p.m., The Woodrow Wilson Center will host a book launch event for Nuclear Crises with North Korea and Iran: From Transformational to Transactional Diplomacy. The book, written by Robert S. Litwak, addresses the ongoing nuclear threats posed by North Korea and Iran.

Later, at 1:00 p.m., CSIS’s Energy and National Security Program will host a launch event for the report, Oil and Gas Industry Engagement on Climate Change: Drivers, Actions, and Path Forward. The report focuses on the oil and gas industry’s climate engagement and opportunities to drive further technological development. 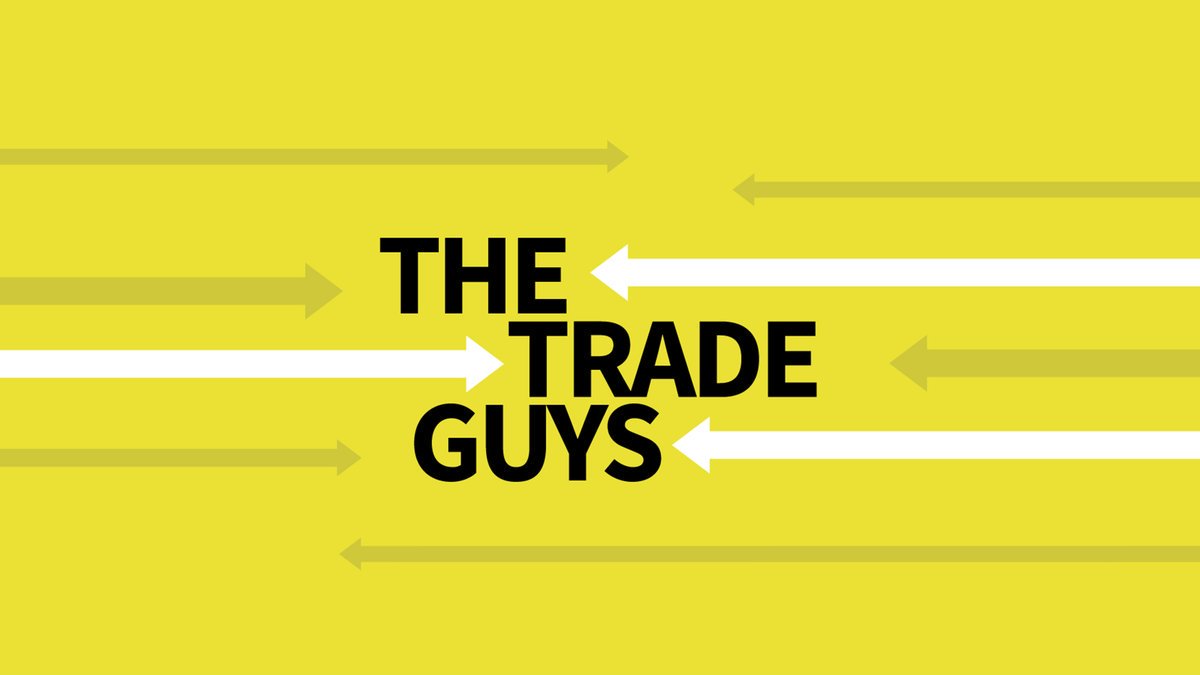 The Trade Guys discuss Senate Majority Mitch McConnell’s call for the president to resolve the U.S.-China trade war. Plus, there is talk of the administration limiting U.S. investment into China, a move that could have huge economic implications.

It happened again. I was thinking just last week that Ginger Baker wasn’t going to be around much longer and then the news came on Sunday that the superstar rock drummer had passed away. I was thinking the same thing about my friend Art Neville just a few weeks before he died. I’m not clairvoyant, it’s just that some of my musical heroes are getting to a certain age and mileage. Baker was 80, but had logged so many more miles than his years indicate. If you watch the 2012 documentary “Beware of Mr. Baker,” or read Jay Bulger’s seminal 2009 Rolling Stone article “The Devil and Ginger Baker,” you’ll get a sense of Ginger’s millage.

Let’s start with this: Ginger Baker is widely recognized as having helped invent the rock drum solo. For me, he’s on the short list of all time great rock and roll drummers: John Bonham, Keith Moon, Ginger Baker, Stewart Copeland and Dave Grohl. I am sure there are a few others you can add to that list, but that’s my list. If you want to write me to discuss it, please do.

Here’s what I’ll say about Ginger Baker. It’s pretty hard to want to watch anything other than Eric Clapton or Jack Bruce in Cream but I always find myself wanting to look for Baker in old footage. And when listening to their influential music, it’s really Ginger’s drums that make it all work. It’s similar to watching or listening to Led Zeppelin—Jimmy Page and Robert Plant are the starts but it was really Bonzo’s band. Cream was Ginger’s band.