Syrian government forces launched a ground assault on the edge of the rebel-held eastern Ghouta enclave on Wednesday, seeking to gain territory despite a Russian plan for five-hour daily ceasefires, as Reuters reports.

The Guardian ’s Kareem Shaheen reports that Robert Wood, the U.S. permanent representative to the Conference on Disarmament, told reporters in Geneva that, “Russia is on the wrong side of history with regard to chemical weapons use in Syria.”

Dive Deeper : “The UK Needs to Speak With One Voice to Prevent Mass Atrocities,” by Chatham House’s Champa Patel.

Also by Chatham House, “Russian Policy Across the Middle East: Motivations and Methods.”

And, see “Back to What Future? What Remains for Syria’s Displaced People,” by Carnegie’s Kheder Khaddour.

China has launched a broad effort to silence critics of a proposal that would allow President Xi Jinping to extend his reign indefinitely, as the Wall Street Journal’s Eva Dou and Te-Ping Chen report.

Congress’ strongest supporters of a new Space Corps have not given up the fight, slamming the U.S. Air Force for wasted time as Russia and China pose a growing threat to America’s vital satellites in remarks today at CSIS, as Defense News’ Joe Gould reports.

Or watch the event on demand.

“We could be deaf, dumb and blind within seconds. Seldom has a great nation been so vulnerable.” 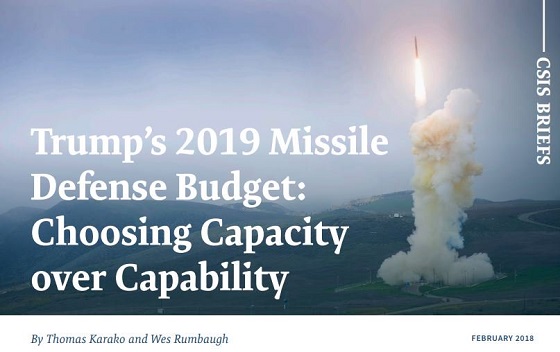 On February 12th, the Department of Defense (DoD) released its budget request for FY 2019, which included a total of $12.9 billion for missile defense-related activities. The CSIS Missile Defense Project analyzed what that means for new missile defense technologies and capabilities. 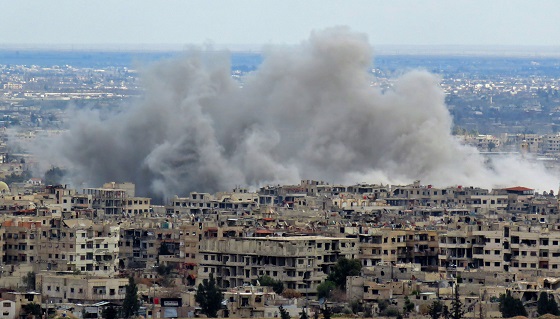 “The Pakistani army has got serious about defeating domestic terrorism,” via the Economist.

Join CSIS’s China Power Project at 8:45 a.m. for a discussion on Japan’s evolving relationships with China and Taiwan.

At 10:30 a.m., join the CSIS Technology Policy Program for the launch of the report, A National Machine Intelligence Strategy for the United States .

And at 1:30 p.m., join the CSIS Project on Nuclear Issues for a conference on the 2018 Nuclear Posture Review, featuring a keynote presentation by Representative Mac Thornberry.

What are U.S. priorities in space? Representatives Mike Rogers, Jim Cooper, Doug Lamborn, and Dutch Ruppersberger spoke at CSIS today for a forum on the federal budget and the national security space landscape. Watch the forum here.

On the latest episode of Russian Roulette, Max Trudolyubov, a Senior Fellow at the Kennan Institute, discusses his efforts to make Russian commentators accessible to an English-language audience; Stalinism and the view of Stalin today; religion and the state in Russia; and, Russia’s changing journalism and media landscape.

Has there ever been a better live performer than Janis Joplin? I don’t think so.