President Trump today announced steps to levy tariffs on tens of billions of dollars of Chinese imports, alongside restrictions on technology transfers and acquisitions by Beijing, moving to pressure China to curtail what the U.S. considers unfair trading and investment practices, as the Wall Street Journal’s Bob Davis reports.

U.S. stocks slumped as the announcement drove fears about the impact on the global economy, fueling the biggest percentage declines in Wall Street's three major indexes since they entered correction territory six weeks ago, as Reuters reports.

Dive Deeper : CSIS’s James Lewis penned a commentary today, “How Much Have the Chinese Actually Taken?”

Congress will provide $3.3 billion more for missile defense programs in its fiscal 2018 spending bill than the Missile Defense Agency’s original request of $9.5 billion, according to the FY18 appropriations bill, as Defense One reports. Congressional leaders unveiled the $1.3 trillion spending bill yesterday evening, which includes $654.6 billion for the Pentagon.

The Trump administration is signing off on selling more than $1 billion in arms to Saudi Arabia as Crown Prince Mohammed bin Salman visits the United States, as the AP reports.

The Saudi Prince met with Secretary of Defense James Mattis this morning at the Pentagon as part of an effort to strengthen a U.S. strategic alliance, as CNBC reports .

President Donald Trump is planning to levy tariffs on about $50 billion of imports from China. Source: WSJ. 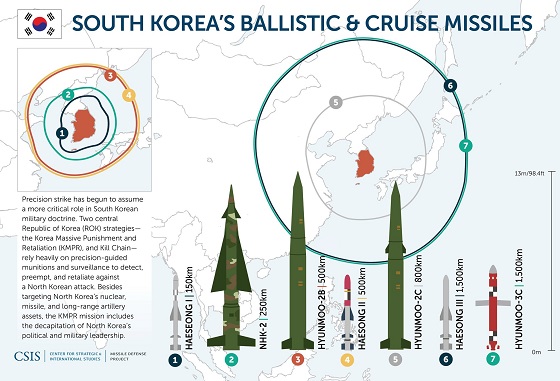 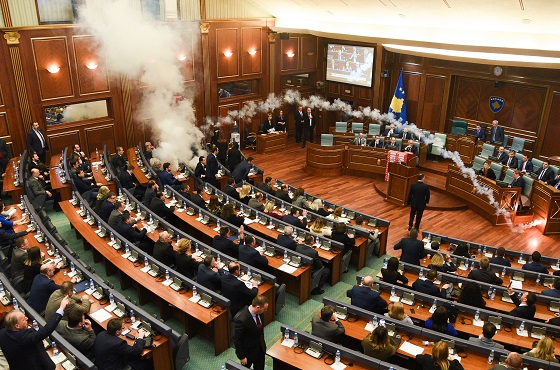 (Photo Credit: ARMEND NIMANI/AFP/Getty Images). Kosovo's opposition lawmakers release a teargas canister inside the country's parliament in Pristina on March 21, 2018 before a vote for an agreement to ratify or not a border demarcation deal signed in 2015 with Montenegro.

“The new tech divide: social media vs. everyone else,” by Axios’ Kim Hart.

Join CSIS at 9:30 a.m. for a discussion on the history of missile defense and what this can tell us about the challenges for building effective cyber defenses.

And next week, stay up-to-date on CSIS events by viewing our list of upcoming events here.

Today at CSIS, the Human Rights Initiative launched a report, Counterterrorism Measures and Civil Society: Changing the Will and Finding the Way, which analyzes the impact of counterterrorism efforts on civic space, examines its manifestations in various socioeconomic and political contexts, and explores various approaches to disentangle and reconcile security and civil society. Watch the full discussion here.

In the latest episode of 35 West, Eric Farnsworth, Vice President of the Council of the Americas, explains the inner workings of the Trump administration’s views on NAFTA, Venezuela, and the Mexican elections.

I really appreciate the discussion with all of you this past week about Lynyrd Skynyrd. My friend Gil made such a good point about “Workin’ for MCA.” He said, “that song was also one of the first times, if not THE first time, that an already popular, soon-to-be-superstar band recorded a song that not just bit the hand that fed then, but ripped it off, ate the fingers and threw the bloody remains out the window.”

Well said Gil. Ronnie Van Zant wasn’t afraid to speak his mind through his lyrics. And he wasn’t shy about his own demons either.

Take “The Needle and the Spoon,” Ronnie’s song about drug addiction. Here, Van Zant doesn’t romanticize drugs and he tells his audience “don’t mess with the needle, I know, I know about the needle.” It’s a haunting song but I’ve always loved it because it provided a window into Ronnie’s life and it gave me the sense that he cared about his fans’ well-being. You see, I don’t view LS as just a phenomenal musical force. They were that and then some. I think they connected with their audience in a way that very few artists ever have.

This clip of “Needle” is from a San Francisco show in ’75 that my good buddy Dr. K attended. He says it was one of his top 5 live music experiences. Again, it’s not a happy song, but like the band, it is a triumph.