The Evening: Terror in New York, Putin’s Mideast Tour, Somebody to Love and More

A 27-year-old man set off a pipe bomb strapped to his body during the morning rush hour on Monday, deep inside one of Manhattan’s busiest commuter corridors, as the New York Times reports.

Plus, see the Times’ interactive article on where the explosion happened.

Tens of thousands of Lebanese and Palestinians attended a Hezbollah rally in Beirut today, where the militant group’s leader vowed to return its focus to Israel after years of fighting in Syria’s civil war. Chanting “Oh America, you are the Great Satan,” while pumping their fists in the air, men, women, and children marched through streets of Hezbollah’s southern Beirut stronghold carrying Lebanese and Palestinian flags, as well as the militant group’s yellow banners, as the AP’s Bassem Mroue reports.

And CFR’s Elliott Abrams posted “The Palestinian Violence is Not Spontaneous.”

Plus, CSIS’s Anthony Cordesman weighs in with “The Strategic Impact of Making Jerusalem the Capital of Israel.”

Russian president Vladimir Putin declared “victory” in Syria during a surprise visit Monday to a military base there, then traveled to Egypt and Turkey, where he celebrated Moscow’s deepening ties with those key regional powers, as the AP’s Hamza Hendawi and Vladimir Isachenkov report.

The Pentagon envisions two more years of combat against Islamic militants in Somalia.

“Our lives revolve around the subway.” 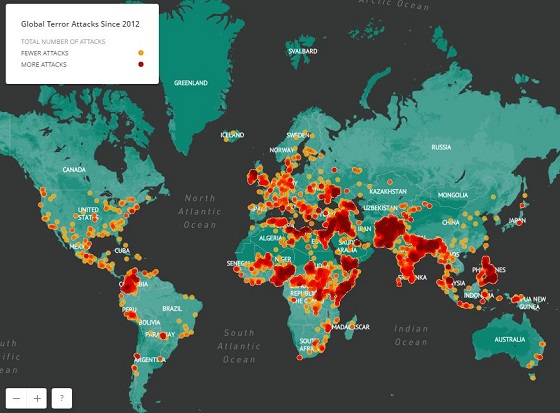 This interactive map visualizes the world’s terrorist attacks from 2012 to 2015, found in Turning Point, a report by the CSIS Commission on Countering Violent Extremism (CVE). 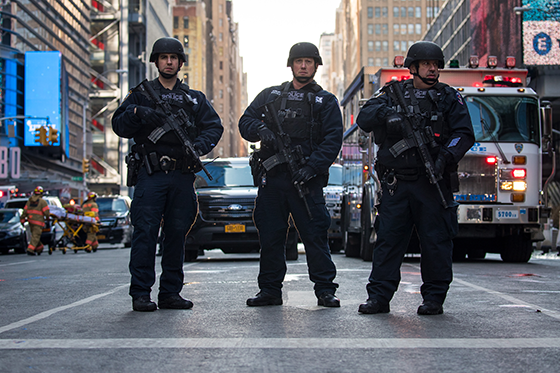 Join CSIS at 5:00 p.m. for the launch of a new book, Anatomy of Failure: Why America Loses Every War It Starts , by Harlan Ullman.

And, at 10:00 a.m., join the Atlantic Council for a discussion on reimagining the partnership between the United States and South Korea in the Trans-Pacific Century.

Today, CSIS hosted a discussion on the costs and consequences of exiting NAFTA, featuring a keynote address from Carla Hills, the chief negotiator of NAFTA and former U.S. trade representative (1989-1993.)

The latest from the CSIS Podcast focuses on the strategic implications of President Trump’s recent decision to recognize Jerusalem as the capital of Israel, the reactions from Palestine and Arab states, and the prospects for peace talks.

I came across a fantastic clip today that I have not previously seen and I am so glad I can share it with you—because it makes me smile.

I am a big fan of the Jefferson Airplane and Grace Slick. I met Slick a few years ago and she’s one of the most intense people I’ve come across.

I think the Airplane fed off of her energy. This performance on the Dick Cavett Show is fantastic. I love the way Slick and the band feed off of each other and lock into the groove. David Crosby on backing vocals is icing on the cake. The Airplane are so immersed in playing their music it’s as if the audience isn’t really there.

When music is performed this well, there is nothing like it. And I can’t think of anything in music today that rocks like this version of “Somebody to Love.”