The White House is defending President Donald Trump's threat to impose tariffs on at least $200 billion worth of Chinese goods, arguing the trade penalties are "necessary to defend this country," as CNN reports.

Global markets convulsed on the news, the starkest sign yet that the threat of a trade war—once dismissed by many investors as unlikely—is rising again, as the Wall Street Journal reports.

And, by Andrea Durkin for Trade Vistas, a joint initiative of the Hinrich Foundation and CSIS: “The Sobering Reality of a Tariff War”

The Trump administration withdrew from the United Nations Human Rights Council on Tuesday in protest of what it perceives as an entrenched bias against Israel and a willingness to allow notorious human rights abusers as members, as the Washington Post reports.

North Korea’s leader, Kim Jong-un, arrived in Beijing on Tuesday amid the escalating trade conflict between China and the United States, one that gives him an opening to play the powers against each other as Washington presses him to dismantle his nuclear arsenal, as the New York Times reports.

The surprise trip, just a week after his landmark summit meeting in Singapore with President Trump, is the North Korean leader’s third visit to China since March.

Mexico’s government issued a strong rebuke Tuesday to U.S. immigration policies that it said violate the human rights of children by separating them from their undocumented migrant parents, as the Wall Street Journal reports.

"Our view is that these actions are necessary to defend this country, and that they are ultimately bullish for Corporate America, for the working men and women of America, and for the global trading system.”

Aerospace.csis.org is a micro-website from the CSIS Aerospace Security Project, which explores the technological, budgetary, and policy issues related to the air and space domains. 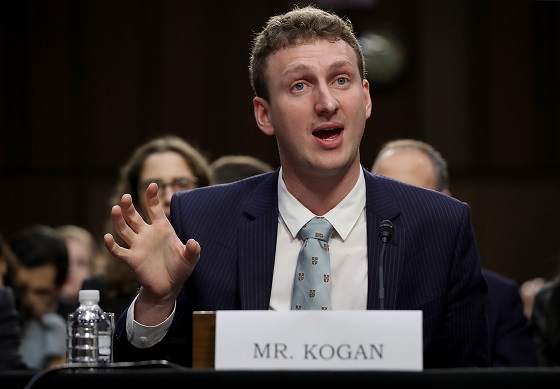 At 12:00 p.m., the East-West Center will host a seminar discussion on Japanese, Chinese, and Korean foreign policies toward Central Asia and their implications for the U.S.

And at 2:00 p.m., Mike Green, CSIS’s Senior Vice President for Asia and Japan Chair, will testify before the House Committee on Foreign Affairs in a hearing titled “The Trump-Kim Summit: Outcomes and Oversight.”

In 2012, a 20-year moratorium on state employment of chemical weapons use was broken. Since then there have been more than 200 uses – against civilians, military targets, and political enemies. Watch the new CSIS original video: Restoring Restraint: Enforcing Accountability for Users of Chemical Weapons.

On a brand new episode of the Impossible State, special guests Ambassador Robert King, the former special envoy for North Korean human rights issues, and Joseph Kim, a young man who defected from North Korea in 2006, discuss human rights in North Korea and the Trump administration’s position on the issue in the aftermath of the Singapore Summit.

I know from your emails that you want more from The Hold Steady. I do too.

The Hold Steady are known as a fantastic, energetic live band. But a few months ago, their brilliant lead singer Craig Finn divulged on the Recode Media podcast hosted by Peter Kafka that they only perform live on weekends these days and at select venues. Finn explained that their audience had grown up, were now home with young children, and couldn’t make it out to shows on a Wednesday night. That’s true audience awareness. I haven’t been out to see a live show during the week in years. I can barely gin up the energy to go to a reception after work--in case you didn’t know, receptions are part of the fabric of inside the beltway life.

Speaking of life inside the beltway, I was at lunch today and as I was leaving Bono walked in. That was cool.

Anyway, when The Hold Steady does perform live, it’s well worth going to see, as you can see here. (And don’t miss the second of the two songs “The Swish,” contained in this clip).