President Donald Trump today publicly questioned the U.S. intelligence conclusion that Moscow interfered in the 2016 presidential election as he stood beside Russian leader Vladimir Putin, after the leaders met for four hours on issues including arms control and the future of Syria, as the WSJ’s Rebecca Ballhaus reports.

“Can the Trump-Putin Summit Restore Guardrails to the U.S.-Russian Relationship?” by Carnegie’s Eugene Rumer, Dmitri Trenin and Andrew Weiss.

The United States has rejected pleas from the EU to grant exemptions to European firms from the sanctions on Iran that will start to be reinstated next month. Secretary of State Mike Pompeo and Treasury Secretary Steven Mnuchin wrote in a letter that they wanted to exert "unprecedented" pressure on Tehran, as the BBC reports.

May Bows to Brexit Pressure in Parliament

UK Prime Minister Theresa May bowed to pressure from Brexit supporters in her party today, accepting changes to her plans for leaving the European Union in an attempt to salvage her over-arching strategy, as Reuters reports.

The United States is ready to join direct negotiations with the Taliban in an effort to end the 17 year-long war in Afghanistan, General John Nicholson, the top U.S. commander, said today as Reuters reports.

Dive Deeper: “The Afghan War of Attrition: Peace Talks Remain an Extension of War by Other Means,” by CSIS’s Anthony Cordesman.

“All I can do is ask the question.”

The US-China trade war has the potential to hit America's farmers hard, so what's the effect been so far? We hear from the heartland in our latest episode of The Trade Guys, the weekly show talking all things trade. 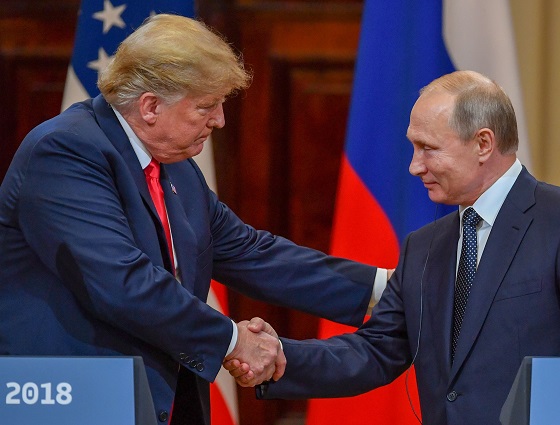 “How Israel, in Dark of Night, Torched Its Way to Iran’s Nuclear Secrets,” by the New York Times’ David Sanger and Ronen Bergman.

Join CSIS at 10:00 a.m. for a conversation on how the international community can deal with protracted humanitarian crises, with a focus on the situation in South Sudan.

At 1:00 p.m., CSIS will host a discussion on the current state of democracy promotion and the challenges to it amidst a phenomenon of democratic recession and resurgent authoritarianism. The event will feature the heads of the National Endowment for Democracy (NED), Center for International Private Enterprise (CIPE), International Republican Institute (IRI), and National Democratic Institute (NDI).

And, at 12:00 p.m., the Wilson Center will host a phone briefing of the Trump-Putin Summit, with a focus on the future of the U.S.-Russia relationship.

On the latest episode of The Readout, CSIS's Jeff Rathke joins the show to discuss the 2018 NATO Summit in Brussels, President Trump's remarks to allies on defense spending, and what effect this has had on the NATO alliance.

Spoiler Alert if you don’t want to read about the music during one of the last episodes of this season on “Handmaid’s Tale.”

Hulu’s “Handmaid’s Tale” is one of the creepiest, most awesome television programs ever produced. It’s up against “Game of Thrones” for Best Drama in this year’s Emmy Awards and it may just give GOT a run for its money.

Music has been used sparingly in Handmaid’s Tale but the show has busted out some extremely effective soundtrack choices. One episode bizarrely used Bruce Springsteen’s “Hungry Heart.” And then, in another crazy scene the Small Faces’ 1967 hit “Itchycoo Park” blares from a stereo with the refrain “It’s all so beautiful,” clanging along.