The Evening: Trump Undercuts Bolton, EU Election, You Better You Bet and More

President Trump publicly undercut John R. Bolton, his national security adviser, on Iran and North Korea in recent days, raising questions about the administration’s policy and personnel in the middle of confrontations with both long-term American adversaries, as the NYT’s Peter Baker and Maggie Haberman report.

Battle Over the EU Presidency

French President Emmanuel Macron proposed a clutch of liberal and center-left candidates for the EU’s top job, as he led a summit push to stymie German Chancellor Angela Merkel’s preferred candidate from Germany, as Reuters reports.

Dive Deeper: “Why the European Parliament Elections Are Important to the United States,” by CSIS’s Heather Conley and Donatienne Ruy.

“What do the European Parliament election results tell us about EU politics?” a Brookings podcast with Celia Belin.

China’s Next Move in Trade War

China’s powerful planning body has threatened to use rare earths exports as leverage in the trade war with the United States, as the FT’s Lucy Hornby and Archie Zhang report.

From 2012 to 2015, Chinese clam harvesters destroyed 28 coral reefs in the South China Sea. 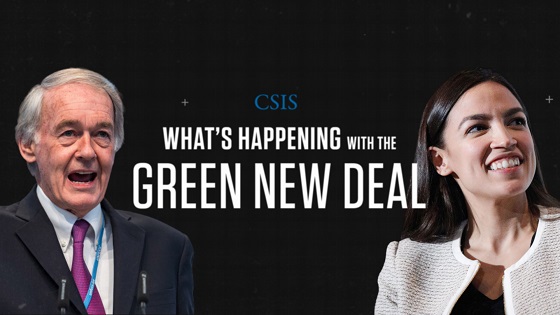 CSIS has released "What’s Happening with the Green New Deal," the newest episode in our video series about global policy hotspots. In this short video, CSIS's Sarah Ladislaw explains how the Green New Deal attempts to pursue both environmental and economic reform. 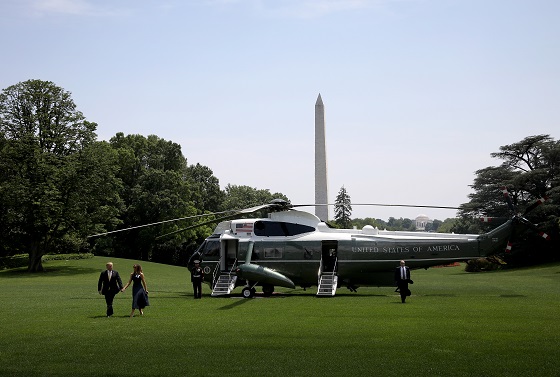 “How European Politics is Fracturing,” by Foreign Policy's Robbie Gramer.

At 9:00 a.m., AEI will host a discussion about U.S. leadership in securing 5G networks and the economic and commercial benefits of these new networks.

And, at 10:30 a.m., Brookings will host a conversation with General Joseph Dunford, chairman of the Joint Chiefs of Staff, on the national security landscape facing America, the state of the nation’s armed forces, and key defense choices for the future.

Later, at 2:00 p.m., the Carnegie Endowment will host an event on whether the election of Volodymyr Zelenskiy can help break the stalemate in Ukraine. U.S. Special Representative for Ukraine Negotiations Ambassador Kurt Volker will deliver a keynote address.

Commanding Space: The Story Behind the Space Force, a short documentary from the CSIS's Aerospace Security Project, explores the history of space policy and showcases several perspectives of the Trump administration’s Space Force proposal.

In the latest episode, the Trade Guys welcome two special guests who discuss how trade policy is affecting small and medium-sized businesses.

I hope everyone in the United States had a wonderful Memorial Day weekend. On Sunday, my wife, three teenage sons and I piled into the family truckster and headed out to Maryland’s Eastern Shore to visit our friends for lunch at their Wye river getaway. It was a beautiful day, the sun was shining, and there were some funny discussions about the Sirius/XM Radio musical options in between everyone criticizing my driving…

My wife loves “Coffee House.” They boys poked fun at the channel remarking that it was a bunch of coffee artists taking rap and EDM songs and turning them into cartoonish acoustic numbers. I jumped in saying, “Doesn’t Coffee House play a Tracy Chapman song at least once per half-hour?”

So we switched to “Lithium” which seemed promising when R.E.M. rang out from the speakers. But shortly thereafter came songs which almost caused a collective headache.

I suggested a classic rock station. Mass protest ensued. But I finally won. And The Who came on. One of my favorites too: “You Better You Bet,” the Pete Townsend penned infectious number off the 1981 album “Face Dances.”

Interestingly, it stopped the kids in their tracks and their heads started bobbing. They didn’t say anything for or against, but I knew they were into it. Of course I knew.

What my kids don’t know is that “You Better You Bet” was the fourth video ever played as MTV launched on August 1, 1981 (my birthday, I turned 13 that day.)