The party of President Recep Tayyip Erdogan appeared to have lost the mayoral race in its historical bastion, Istanbul, a stinging setback for a leader who has towered over Turkish politics for the past 16 years, as the WSJ’s David Gauthier-Villars reports.

Taiwan’s President Tsai Ing-wen has ordered a “forceful expulsion” of PLA warplanes next time they cross the “median line” separating the self-ruled island from the Chinese mainland, as the South China Morning Post’s Lawrence Chung and Liu Zhen report.

Dive Deeper: Listen to the CSIS China Power podcast episode “Cross-Strait Ties and the US: A Conversation with Richard Bush.”

Algerian President Abdelaziz Bouteflika will resign by the end of April, his office announced in a statement Monday carried by the country’s state media, following weeks of massive street protests calling for the end of his two decades in power, as the Washington Post’s Sudarsan Rahavan reports.

UK Lawmakers sought to break a stalemate over Britain’s departure from the European Union on Monday by trying to force Prime Minister Theresa May to pursue much closer economic ties than the deal she negotiated envisions, as Reuters reports.

Dive Deeper: “What’s Next For Brexit” from the Brookings’ Dollar and Sense podcast.

Net income of Saudi Aramco in 2018, the world’s most profitable business.

“Where the UK used to be beacon for stability, we are now becoming a laughing stock.” 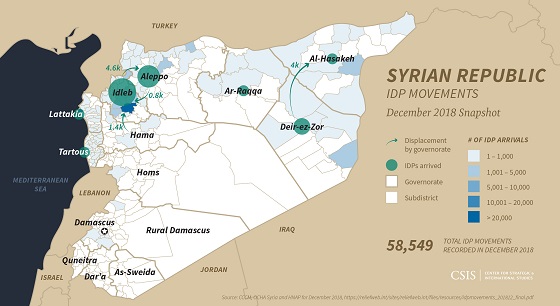 There are 6.2 million internally displaced persons (IDPs) within Syria and 5.3 million refugees in neighboring countries (a total 13 million people affected—for context, the total population estimate for pre-war Syria was 20 million). 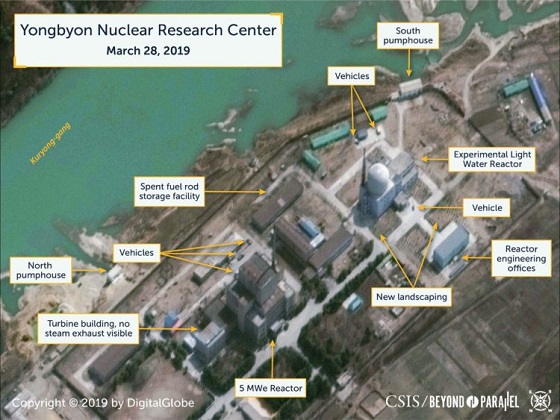 CSIS's Beyond Parallel project has obtained satellite images of North Korea's Yongbyon Nuclear Research Facility showing that normal operations are ongoing with a low level of activity throughout the complex.

“The Changing Role of Energy in the U.S. Economy,” by CSIS’s Sarah Ladislaw and Jesse Barnett.

Starting at 9:00 a.m., join CSIS for “The Future of Statecraft” conference. The event features several panel discussions, along with a keynote conversation with former U.S. National Security Advisor Susan Rice.

At 12:15 p.m., the Peterson Institute for International Economics (PIIE) will hold its semi-annual discussion on global economic prospects for the Spring of 2019.

Finally, at 5:00 p.m., George Washington University’s Elliott School will host a panel discussion including CSIS fellow Ricklef Beutin, on the impact of the 2019 European elections.

CSIS's latest podcast - Cyber from the Start - unveils the roots of today's cybersecurity policies. In its second episode, CSIS's Technology Policy Program director Jim Lewis speaks with Dick Clarke, who served as a senior advisor in the Clinton, Bush and Obama administrations, about the real implications of cyber attacks.

Have you ever watched the Virginia Tech Hokies football team make their entrance into Lane Stadium on their home turf in Blacksburg? It’s one of the most rousing things in sports. Since 2000, Tech’s fans have used the Metallica hit “Enter Sandman” to electrify the crowd and shake the stadium as the team takes the field.

Metallica has that effect on people. A lot of people. As of last year they had sold over 125 million albums worldwide making them one of the most commercially successful bands ever. Even so, Metallica is a “heavy metal” band known for loud, aggressive music and they aren’t everyone’s cup of tea.

But by any measure Metallica is worthy of examination. The 2004 documentary about Metallica “Some Kind of Monster” does just that. It’s one of the more interesting films about rock and roll because we as viewers get to see what a band looks like when it is struggling to keep itself together by utilizing group counseling. Rather than let their multi-million dollar business crumble due to personal differences, this hard rock band does something so anti-rock and roll that it redefines rock—it actually grows up.

And I think their music is pretty cool too.