U.S. President Donald Trump on Thursday said he is considering three or four dates as well as five locations for his meeting with North Korean leader Kim Jong Un, adding that it remains unclear whether the meeting will occur, as Reuters reports.

And, as the Washington Post’s David Nakamura reports, the family of Otto Warmbier filed an extraordinary lawsuit against North Korea in federal court today alleging that the 22-year-old college student was “brutally tortured and murdered” by Kim Jong Un’s “criminal” regime during 17 months in captivity.

“No Launch Activity in Advance of Inter-Korean Summit,” by CSIS’s Beyond Parallel Project.

German officials expect the White House to make good on its threat to impose higher tariffs on steel and aluminum from the European Union, turning a meeting between Chancellor Angela Merkel and President Donald Trump into the last chance to avert a trade war between the world’s two largest economies, as the Wall Street Journal’s Bojan Pancevski and Emre Peker report .

Dive Deeper: “Critical Questions: On a Mission, Macron and Merkel Come to Washington,” by CSIS’s Jeffrey Rathke and Max Shafron.

Britain and France denounced on Thursday as a stunt and an “obscene masquerade” a move by Russia to produce Syrian witnesses who Moscow says were filmed in “staged videos” in the aftermath of a reported chemical weapons attack, as the AP’s Mike Corder reports.

“Great to have Secretary Pompeo confirmed. He will do an excellent job helping @POTUS lead our efforts to denuclearize the Korean Peninsula.” 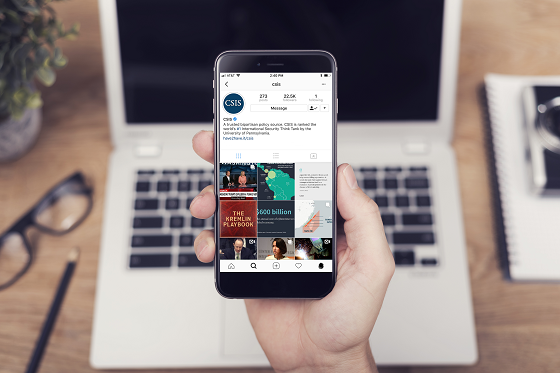 Follow us on Instagram for the latest videos, infographics, and a look behind the scenes at CSIS. 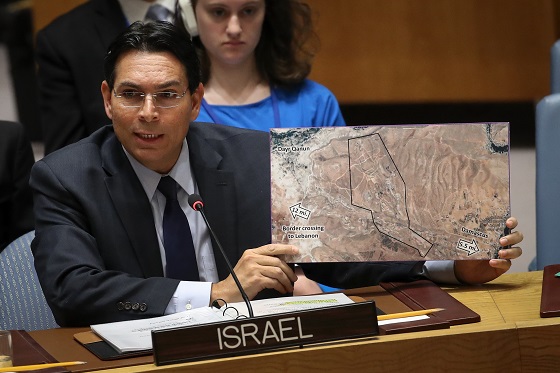 (Photo credit: Drew Angerer/Getty Images.) Israeli ambassador to the United Nations Danny Danon holds a map that he claims shows the area in Syria where Iran is recruiting and training upwards of 80,000 Shiite fighters at a base five miles from Damascus, during a United Nations Security Council meeting concerning the situation in the Middle East.

“America vs the hackers: a cyber-security bootcamp,” by the FT’s Hannah Kuchler.

Join the Wilson Center at 10:00 a.m. for a conversation on maritime security in the polar regions, offering legal perspectives from both the United States and China.

And, on Monday, join CSIS for two book events:

At 1:00 p.m., a conversation on Losing Hearts and Minds: American-Iranian Relations and International Education during the Cold War, with the author, Dr. Matthew Shannon.

At 1:30 p.m., a conversation on End of an Era: How China's Authoritarian Revival is Undermining Its Rise, with the author, Carl Minzer.

On this week’s 35 West, Jackson Streeter, an expert on technology transfer, maps the ecosystem of innovation and discusses whether or not it can be fostered in Latin America.

Tomorrow, the annual New Orleans Jazz and Heritage Festival begins in the Crescent City. It’s a musical celebration unlike any other on the planet. I can’t make it to Jazz Fest every year anymore but I started attending “Fest” in ’86 as a freshman at Tulane. It instantly became a sacred experience for me.

The biggest part of Jazz Fest for me was the annual performances of the Neville Brothers at the Fairgrounds and around town at night. I was incredibly lucky because Art, Aaron, Charles and Cyril Neville were my neighbors in the 13th Ward of Uptown New Orleans. The Neville Brothers grew up and lived on Valence Street. I lived with my boys around corner on Camp Street. Cyril became like a big brother to me. And Art like a second grandfather. They brought me into their family and it was a big boost when my own family was far away back in DC.

And sadly, this afternoon, Charles Neville died of pancreatic cancer at age 79. I didn’t know Charles very well but every time I saw him he had a big smile and a kind word. His music was sublime. He was affectionately known as the “Horn Man” and as New Orleans journalist Keith Spera wrote today, he “supplied one of the band's sonic signatures via his saxophone.”

I’m so sad about Charles’ passing and my heart goes out to the Neville family. I was watching this clip when I heard Charles was gone. It features his incredible saxophone playing. Charles was the ultimate Uptown Ruler, may he rest in peace.