The Evening: UNGA, Iran, Back in Black and More

President Trump called on the United Nations to enact reforms to the world body, pledging Monday in his debut here at the annual General Assembly meetings that he and his administration will be “partners in your work,” as the Washington Post’s David Nakamura reports.

Dive Deeper: Read a transcript of the CSIS’s expert briefing on the General Assembly.

And, see CFR’s backgrounder, “The Role of the UN General Assembly.”

France made a fresh plea on Monday for the United States to preserve the 2015 Iran nuclear deal and suggested its provisions expiring after a decade could be strengthened, as U.S. President Donald Trump said he would decide on the matter soon, as Reuters’ John Irish and Steve Holland report.

Despite international condemnation of Myanmar’s campaign of violence against the Rohingya people, there have been few calls for a return to the sort of sanctions that were long a part of the country’s relationship with the West, as the New York Times’ Austin Ramzy reports.

But at the UN on Monday, as the AP reports, the plight of Myanmar’s Rohingya Muslims that U.N. officials have described as ethnic cleansing is getting early attention as Britain presided over a meeting of several Western and Muslim-majority governments that are urging senior Myanmar officials to end the violence and allow humanitarian access.

North Korea has warned that more sanctions and pressure will only make it accelerate its nuclear program, as the BBC reports.

Dive Deeper: See CSIS’s Bonnie Glaser on “How Can the US and China Curb North Korea’s Nuclear Power?”

The Pentagon deployed a formation of 14 bombers and fighters over the Korean peninsula on Sunday that also included South Korean and Japanese aircraft, the latest show of force in response to North Korea’s missile launches and nuclear tests.
Source: Washington Post.

“The world is still trying to take the measure of this President.” 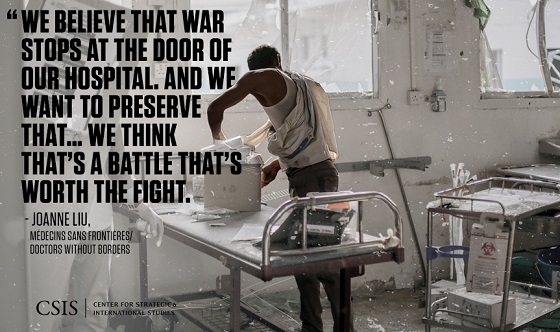 The New Barbarianism , a documentary film from the CSIS Global Health Policy Center on the violence against health workers, patients, and facilities worldwide, premieres worldwide at the Newseum tonight. Watch a preview of the film here. 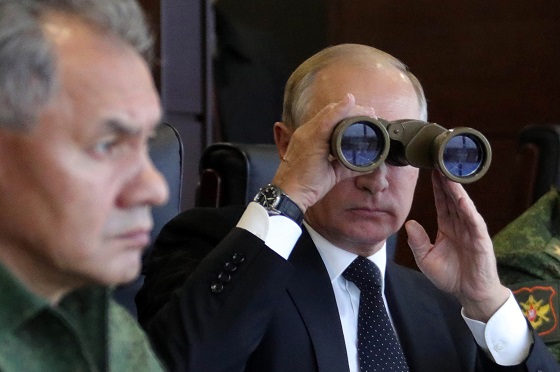 Plus, at 2:00 p.m., attend the rollout of a new CSIS report on U.S.-Canadian Defense Industrial Cooperation.

And, at 2:30 p.m., Ambassador William Brownfield of the State Department Bureau of International Narcotics and Law Enforcement Affairs (INL) will lead a discussion on America’s opioid epidemic .

A bonus episode of Russian Roulette features Ivanna Klympush-Tsintsadze, vice prime minister of Ukraine for European and Euro-Atlantic integration, on the challenges facing Ukraine’s integration in the European community.

If you ever go to an NFL game, you will know that rock most certainly isn’t dead. Music in general is a huge part of the National Football League experience.

Yesterday in Oakland, running back Marshawn Lynch held his own dance party on the sidelines and the stadium exploded as Lynch bobbed with unbridled joy and shook his dreadlocks in perfect time. Of course it made the national highlight reels. It was highlight worthy.

In Baltimore, after my dad and I followed the Ravens Marching Band towards the stadium like a football second line, we stopped for a minute to watch “High Voltage,” an AC/DC cover band that was firing up the crowd just outside the gates. The whole town was bouncing and rocking because it was a fall Sunday in America and there was a football game to be played. Once inside the gates, great music blasted from warmups well into the late afternoon as a crisp breeze came off the Harbor to cool the sun soaked, rowdy football crowd.

You can argue that the NBA has taken over pop culture in the U.S., and you would be right. Football has its problems, too many to discuss here. But I will say this: there is no one single NBA game during the regular season that compares to any given Sunday in the NFL in terms of turning towns like Oakland, Baltimore and Cleveland into city-wide celebrations packed with rocking good music and military fly overs.

On Sundays in America, football, music and the military are deeply intertwined and celebrated. I love it. Here’s a great song that was heard in many stadiums across the country yesterday.