Economists are raising projections for U.S. economic growth for the full year, but disputes with U.S. trading partners, a fading boost from fiscal stimulus and rising short-term interest rates leave many thinking the boom won’t last much longer than that, as the Wall Street Journal’s Josh Zumbrun reports.

Dive Deeper : Check out the latest episode of The Trade Guys podcast, “China Strikes Back.”

Russia’s currency fell today to its lowest dollar value in nearly two years, after the United States announced new sanctions against the country in response to a nerve-agent attack on a former Russian spy in Britain, as the New York Times’ Andrew Kramer reports.

Meanwhile, Russian officials reacted with outrage to the sanctions, as the Guardian ’s Andrew Roth and Julian Borger report.

Israel and Hamas agreed on a truce today to end a flare-up in cross-border fighting, as Reuters reports.

At least 29 children have been killed and 30 wounded in a Saudi-led coalition air strike in Yemen.
Source: BBC

“America will always seek peace, in space as on earth.”

The U.S.-China trade war just doesn’t let up. This week, the Trade Guys tackle how the latest tranche of tariffs are affecting American businesses and Congress. Plus, the U.S. and Mexico seem to be progressing with NAFTA talks, but where is Canada? Listen on Apple Podcasts or SoundCloud . 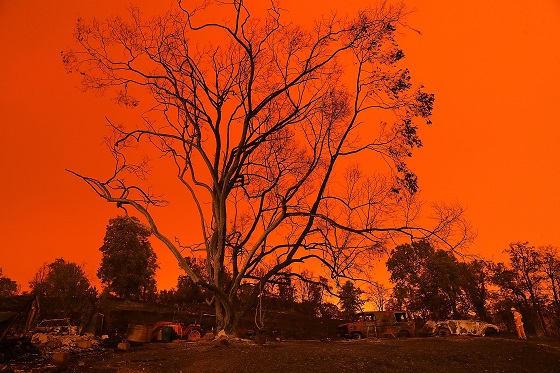 (Photo credit: Justin Sullivan/Getty Images). A view of cars that were destroyed by the Carr Fire in Redding, California.

“War Without End,” by C. J. Chivers for the New York Times Magazine.

This Month at CSIS

The CSIS Commission on Strengthening America’s Health Security hosted a discussion at the University of Washington on U.S. leadership in meeting critical health security needs of the world’s most vulnerable populations. Watch the full event here.

This week on Smart Women, Smart Power, CSIS experts Kathleen Hicks and Heather Conley discuss the impact of the July NATO Summit on future relations between the U.S. and Europe, and examine the growing rift between the U.S., NATO, and Turkey.

I came across a clip today that just blew me away. It’s Delaney and Bonnie and Friends from 1969 live on Beat Club, a popular German music program. This is vintage Delaney and Bonnie and the band is amazing: Eric Clapton plus the guys who would go on to make up Derek and the Dominoes. Oh, and there’s also the great Rolling Stones horn men Jim Price and Bobby Keys plus Rita Coolidge on backing vocals and Dave Mason on rhythm guitar. Watch this whole thing in gorgeous black and white, it’s fantastic.