The Evening: US Soldiers Killed in Afghanistan, Macri in DC, Once in a Lifetime and More

US Soldiers Killed in Afghanistan

Two American service members were killed and a third was wounded Wednesday night in an operation in the same part of Afghanistan where the military dropped its most powerful conventional weapon two weeks ago, as the New York Times’ Helene Cooper reports.

President Mauricio Macri of Argentina and President Donald Trump discussed a range of bilateral and regional issues, including trade, security issues like narcotics trafficking and money laundering, as well as Venezuela's deteriorating political situation today at the White House, as the AP reports.

And, as the Los Angeles Times’ Chris Kraul reports, Venezuela is expected Thursday to formally begin the process of withdrawing from the Organization of American States, the hemispheric cooperation group based in Washington, after the country’s leaders accused the body of interference in domestic affairs.

The White House today released a joint statement by the two leaders.

Dive Deeper: Following his visit to the White House, President Macri addressed a full house at CSIS (which we co-hosted with Brookings and the Inter-American Dialogue). See the transcript of Macri’s remarks.

See the Inter-American Dialogue’s “U.S. Pressure on Venezuela Could Backfire.”

Russia has accused French presidential candidate Emmanuel Macron’s campaign team of discriminating against its media today, saying it had trampled on the freedom of the press by banning Russian news outlets from its events, as Reuters reports.

And, as the AP reports, Macron is urging skeptical voters to cast ballots in the May 7 runoff election, warning that low turnout would boost his far-right rival, Marine Le Pen. Speaking on TF1 television in France this evening, Macron said, “Let’s all face our responsibilities.”

The number of Ethiopians in need of food aid due to drought, according to the Ethiopian government—a significant increase from the 5.6 million who were in need at the beginning of the year. Source: Reuters.

Dive Deeper: For more on the dire situation in East Africa, read Stuck in Limbo: Refugees, Migrants, and the Food Insecure in Djibouti, a new report from CSIS’s Human Rights Initiative and Global Food Security Project.

“Our civilization is grappling with unbounded complexity and cyber exposure brought by automating important processes without a full consideration of the possible cyber consequences.” 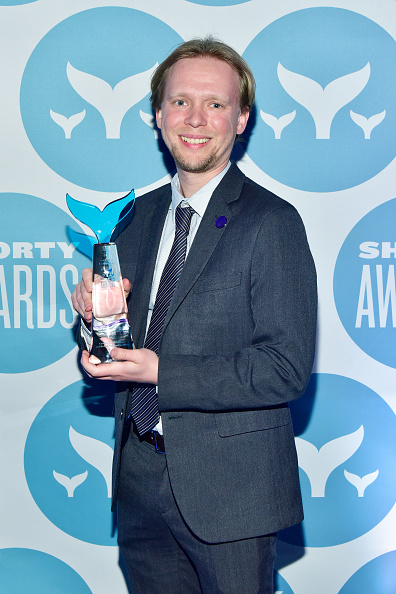 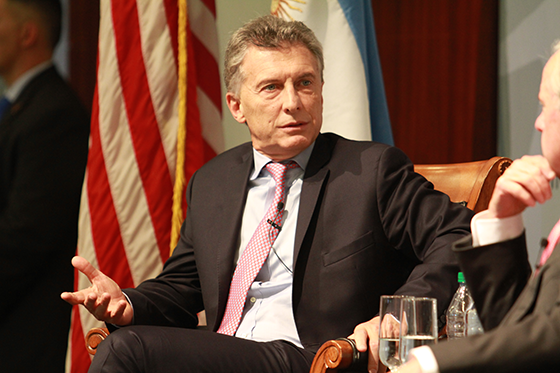 “The Tech Challenge of Reporting Under China’s Watchful Eye,” by the New York Times’ Jane Perlez.

Join the Inter-American Development Bank at 12:00 p.m. for a seminar: “Voting Corrupt Politicians Out of Office in Paraguay.”

Last week, CSIS hosted a conversation with Mexico’s secretary of finance, José Antonio Meade. You can watch it on demand here.

“Deterring Iran After the Nuclear Deal” from Smart Women, Smart Power, explores Iran’s strategy, motivations, military, and paramilitary capabilities and how the United States and its allies can enhance security.

Listen on iTunes or SoundCloud.

I didn’t adequately explain yesterday why this concert film was a life changing event for me. It’s actually pretty simple. “Stop Making Sense” opened my eyes to the power of rock performance as art.

‘Tommy” was before my time, and I didn’t identify with its psychedelic surrealism. Honestly, to my young eyes it seemed like a mess the first few times I saw it. I love The Who but I still don’t identify with or really enjoy “Tommy.”

For me, the Heads’ visual performance in “Stop Making Sense” was ironic, modern, philosophical, stylish, multicultural and very “Downtown.” Their music was blisteringly funky—an explosion of polyrhythmic grooves with locked in guitars and synths. The Heads’ music, style and performance in “Stop Making Sense” was instantly iconic for me and my friends—and it wasn’t lost on us that it crossed the racial and cultural divides of our eclectic, multiracial, multicultural friend group. Everyone felt it the second we saw it. This was the new style. Not to mention that this song, “Once in a Lifetime,” provided some highly thought provoking questions—questions we will all probably be asking for the rest of our lives.