WHO calls for emergency committee meeting on Coronavirus

The World Health Organization will reconvene its emergency committee Thursday to determine whether the coronavirus outbreak amounts to a public health emergency of international concern, as the total number of people infected in mainland China surpassed those infected with SARS during the 2002-2003 epidemic, as the Washington Post’s Simon Denyer, Siobhan O’Grady, Hannah Knowles and Reis Thebault report.

The European Parliament gave final approval to Britain’s break from the European Union on Wednesday, paving the way for the country to quit the bloc on Friday after nearly half a century and delivering a major setback for European integration, as Reuters reports.

The Fed’s interest rate remains in a range of 1.5 to 1.75 percent, today announcing that it is leaving rates unchanged.

“Although the numbers outside China are still relatively small, they hold the potential for a much larger outbreak.” 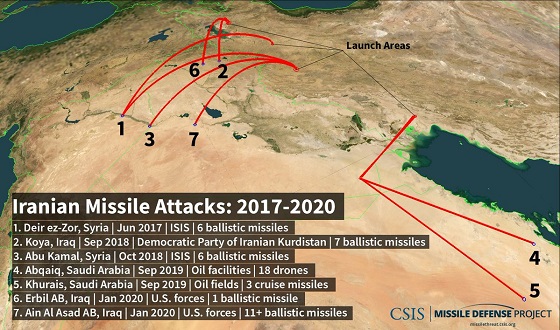 Iran has shown a growing willingness to use its missile forces in combat operations in recent years. Read the CSIS Missile Defense analysis. 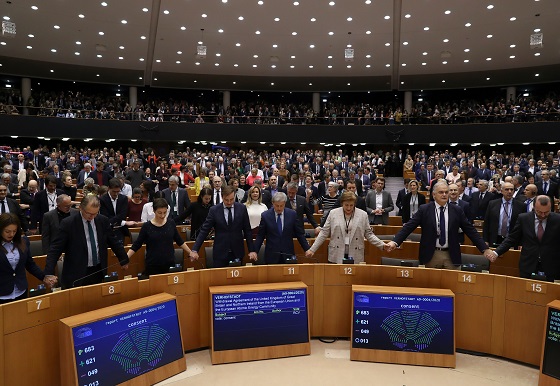 (Photo credit: Yves Herman/AFP/Getty Images). Members of European Parliament react after voting overwhelmingly to approve the Brexit deal with London, clearing the final hurdle for Britain's departure from the EU.

At 9:00 a.m., CSIS will host a forum on “Why Think Tanks Matter and the Future of Policy Advice” where the University of Pennsylvania will launch its 2019 Global Go To Think Tank Index.

And, at 9:15 a.m., The Carnegie Endowment for International Peace will host a discussion on “European and Transatlantic Security in the 2020s.”

Later, at 6:00 p.m., The Council on Foreign Relations (CFR) will host a nonpartisan conversation on critical foreign policy challenges facing the 2020 presidential candidates.

CSIS today hosted a conversation with Harmut Neven, head of quantum computing at Google, on the future and impact of quantum technologies. Watch the event here.

Bob and I speak with Leonard Downie Jr, former executive editor and vice president of the Washington Post, about covering impeachments and the state of the media.

Boston’s eponymous first album released in late August, 1976 sold 17 million copies making it one of the best-selling debut records in rock history. It sounds as good today as it did back then.