The First Biden and Yoon Summit

On May 20–22, President Joe Biden is set to visit South Korea and hold a summit meeting with South Korean president Yoon Suk Yeol. This is Biden’s first trip to Asia and first visit to South Korea since he became president in January 2021. His meeting with Yoon comes only 10 days after Yoon assumed office on May 10, making their meeting the earliest summit ever to be held between leaders of two countries. This Critical Questions piece previews the upcoming summit and issues of importance to the two countries.

Q1: What are the optics of the Biden-Yoon summit?

A1: The optics of their summit are very positive. President Biden’s decision to visit South Korea prior to his visit to Japan manifests the importance the Biden administration places on South Korea as a key ally and an important strategic partner in the Indo-Pacific. President Yoon during his election campaign also vowed to strengthen the U.S.-ROK alliance as his foreign policy priority, and his transition team indicated that the Yoon government will restore the trust between Seoul and Washington and elevate the U.S.-ROK comprehensive strategic alliance to a new level. For alliance managers, this first meeting is all about establishing a good personal rapport between the two leaders. Yoon reportedly lights up any time his interlocutors talk about cooking (his favorite pastime). The two leaders share a love for dogs and baseball, which will hopefully come through in their interactions. All of this would set a positive tone for the upcoming meeting between Biden and Yoon after years of disagreement between the previous governments over their approach toward North Korea and China strained the U.S.-ROK relationship.

Q2: What will be Biden and Yoon’s approach toward North Korea?

A2: One of the important takeaways from the Biden-Yoon summit will be the message that Seoul and Washington are in tight alignment on their North Korea policy. This includes a return to a complete, verifiable, and irreversible denuclearization (CVID) of North Korea as a common goal, little tolerance for North Korea’s provocations, and close policy consultations.

On the Covid-19 outbreak in North Korea, the U.S. and South Korean governments responded well and quickly with their offer to provide vaccine and other medical supplies on humanitarian grounds. However, Pyongyang’s disinterest in their offer while accepting Beijing’s help indicates Pyongyang’s own reservation that accepting vaccine assistance from Washington and Seoul (even if that is done through COVAX) could be construed as acknowledging North Korea’s zero Covid policy a failure, not to mention the fact that this contradicts Kim Jong-un’s call for North Korean self-reliance. In addition, Pyongyang has little appetite for diplomacy and appears intent on carrying out its weapons development in line with the plan announced by Kim Jong-un during the 8th Party Congress in January 2021.

Q3: What will be the key highlight in the two countries’ regional cooperation in the Indo-Pacific?

A3: Biden is set to roll out the Indo-Pacific Economic Framework (IPEF) during his visit to Japan. If Yoon announces South Korea’s participation during his summit meeting with Biden, this could become a major summit deliverable and will also create important momentum for Biden’s Indo-Pacific Strategy and U.S. economic engagement in the Indo-Pacific. China has already signaled its opposition to South Korea’s participation in the U.S.-led IPEF, saying that it would be an attempt to decouple from China. As far as the IPEF is concerned, there is still room for improvement; some Association of Southeast Asian Nations (ASEAN) countries are reluctant to support the IPEF for the lack of tangible benefits and no U.S. binding commitments in it. Despite that, if South Korea declares its participation, the IPEF will become a major platform for South Korea to reengage with the Indo-Pacific countries and participate in regional rule-making, particularly in the areas of trade facilitation, standards for the digital economy and technology, supply chain resiliency, decarbonization and clean energy, and other areas of shared interest. This is in line with the Yoon government’s vision and ambition of South Korea as a “global pivotal state” that plays much more active regional and global roles in addressing new and emerging issues.

Q4: What about the Quad?

A4: Part of Yoon’s pivot to a regional and global role for South Korea is his interest in the Quadrilateral Security Grouping, or Quad (between Australia, India, Japan, and the United States). While membership may not be in the near offing, South Korea has much to contribute to the work of the Quad in terms of supply chains, global health, memory chip supplies, and climate technology. It would be surprising if the two leaders do not mention South Korea’s interest in the Quad given that Biden will meet with Quad leaders in his follow-on stop. As the Yoon government is set to pivot toward the United States, more discussion will follow about South Korea’s role and security cooperation in the Indo-Pacific.

Q5: Will there be an improvement in Japan-Korea relations and trilateralism?

A5: The United States and South Korea know that Seoul-Tokyo relations and trilateral coordination has fallen off over the past five years. Biden and Yoon will work to repair some of the damage with this summit by making positive statements about the value of trilateralism and the need for allies to confront the serious and growing threats in the region. They will also likely make reference to better cooperation on supply chain resilience. Yoon, during the transition, expressed interest in a 2+2+2 on economic security with Washington and Tokyo, which might emerge out of this meeting.

Q6: What other issues may come up?

A6: For the Biden administration, the war in Ukraine still preoccupies the daily energies of the White House. The Moon government was slow in joining the international community in condemning and sanctioning Russia. Yoon has talked about South Korea playing a more global role, and this may be an area in which he can walk the walk by providing increased military assistance to Ukraine. President Zelensky asked for such in his speech to the National Assembly in South Korea. South Korea will attend the North Atlantic Treaty Organization (NATO) summit next month, which might provide the venue for such a signature announcement of Yoon’s promise for South Korea to robustly support the liberal international order.

Regarding China, the Yoon government has yet to send a special envoy or name its ambassador. China has laid down markers about the IPEF and about an additional THAAD battery. Yoon is expected to agree to language about Taiwan in the joint statement, but the question will be whether this language will go further than what was written in the May 2021 Biden-Moon summit communiqué. Yoon’s plans for more cooperation on missile defense with the United States to counter North Korea’s increased testing and development will violate, in China’s mind, Moon’s agreement in 2017 not to expand missile defense cooperation with the United States and Japan. How the allies come out on this issue will be an important test of Yoon’s commitment to stand stronger against China when it comes to South Korea’s national defense needs.

Ellen Kim is deputy director and senior fellow with the Korea Chair at the Center for Strategic and International Studies (CSIS) in Washington, D.C. Victor Cha is senior vice president and Korea Chair at CSIS. 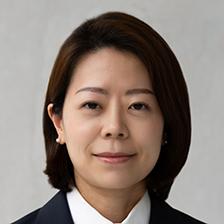 Most Recent From Ellen Kim

What to Expect From South Korea's First NATO Summit
Voice of America | Christy Lee
June 28, 2022
In the News

South Korea's Alignment With US at Odds With China, Analysts Say
Voice of America | Christy Lee
June 2, 2022
View all content by this expert