The Forgotten Power of Trade

This piece is part of the Strategic Trade series supported by the Atlas Network.

The world’s largest economy has largely forgotten how to use economic power. The primacy of economics in foreign affairs is widely recognized: “American prosperity and security are challenged by an economic competition playing out in a broader strategic context,” observes the most recent U.S. national security strategy. But in recent years, the United States has come to rely almost exclusively on sanctions, tariffs, and other coercive forms of economic power. This CSIS series draws attention to a potent but neglected weapon in the U.S. economic arsenal. It examines how positive uses of trade policy can advance strategic objectives.

At a time when the United States needs to repair its alliances and form new partnerships, trade offers an avenue to forge habits of cooperation. Before the United States-Korea Free Trade Agreement (KORUS) negotiations, trade tensions were a net negative on bilateral relations. But the United States and South Korea emerged as closer partners, as Wendy Cutler and Seok young Choi explain, and their cooperation was extended into the Asia-Pacific Economic Cooperation (APEC), the G20, and other international fora. Trade became a stabilizing force in the U.S.-South Korea alliance, and South Korea became an advocate for high standards in subsequent trade agreements.

The United States now hopes that Kenya will play a similar role in Africa. “The two countries recognize that an agreement between them has the potential to serve as a model for additional agreements across Africa,” the governments said in a joint statement last month. But Judd Devermont cautions that any deal should not detract from an existing success, the Africa Growth and Opportunities Act (AGOA), nor harm the prospects of the African Continental Free Trade Area. The United States is more likely to succeed, he explains, if it can fashion a deal with an affirmative focus. Rather than merely countering China, the goal should be to advance Africa’s future.

Signaling is another strategic objective. The first U.S. free trade agreement, with Israel, was of modest economic consequences but significant symbolic value. “It underscores the importance of Israel to the United States as an ally, as a trading partner, and as a friend, and it underscores the U.S. commitment to Israel’s security and prosperity,” President Reagan said in 1985. Today, signaling is central to the case for a free trade agreement with Taiwan. “For the United States, the benefits would include a stronger partner in critical strategic trade sectors, a chance to define positive new trade rules in a crucial region, and—perhaps most important—bolstered U.S. leadership in Asia,” writes former ambassador Kurt Tong.

Competing with China also requires looking across the Atlantic. The combined heft of allied economies could present a formidable front. As Heather Conley writes, “Can the combination of the world’s largest and fifth-largest economies create a sufficient geo-economic ballast, in the form of a U.S.-UK free trade agreement, to balance China’s rise?” Tariffs are already low, but there is room for mutual gains in aligning and harmonizing standards and regulations. Political calendars are challenging. But done right, the gains from a deal could extend beyond economics to deepen cooperation in the defense and digital realms.

Digital trade, currently a thorn in transatlantic relations, must become a central part of an allied economic strategy. The United States has momentum, having completed deals covering digital trade with Canada, Mexico, and Japan. Building a consensus with the European Union, the United States’ largest trading partner, will not be easy, but the strategic stakes make it a necessity. “Given the centrality of the digital economy to politics, power, and life, building this coalition of support for free digital trade will be central to building a democratic bloc that can compete effectively in the twenty-first century,” Sam duPont writes.

Trade agreements can also promote U.S. values. “The concept that hard work will be rewarded, that anyone has the chance to achieve economic mobility, and that workers should be respected are American values that should be front and center in U.S. economic policy,” writes Jack Caporal, arguing that labor provisions can enhance U.S. soft power. There is also a national security nexus with some of these issues. By prohibiting fishery subsidies and illegal, unreported, and unregulated (IUU) fishing, a source of revenue for criminal enterprises, the U.S-Mexico-Canada Agreement also benefits U.S. national security, Grace Hearty explains.

Humanitarian responses can harness the power of trade as well. “Covid-19 may be the most important humanitarian crisis of the twenty-first century. Every tool at the United States’ disposal should be considered in this light. U.S. trade policy may prove to be one of the most powerful such tools for heading off disaster,” writes Matt Warner. With foreign aid budgets being squeezed, trade offers a critical avenue of support, one that is also more sustainable.

China’s response to the pandemic, the most recent episode in a longer-running economic offensive, demonstrates the power that trade can carry. China’s “mask diplomacy” is a prime example of using inducements to advance strategic interests, Audrye Wong explains. Other examples can be seen along China’s sprawling Belt and Road, where promises of investment and the prospect of additional trade encourage foreign capitals to align with Beijing’s policy preferences. China has even used inducements to influence Taiwan’s election. Beijing is not waiting for Washington to rediscover this vital tool.

Trade, of course, is no magic bullet for all the foreign challenges the United States faces. U.S. domestic interests should come first, and agreements must have sound economics alongside their strategic benefits. There are plenty of practical challenges to harnessing the positive power of trade, which is less easily directed and slower to act than kinetic force. But the United States neglects this tool at its peril. After all, it is the positive power of economics that makes coercive applications possible. As it leans heavily on the stick, the United States must rediscover the power of the carrot.

Jonathan E. Hillman is director of the Reconnecting Asia Project at the Center for Strategic and International Studies in Washington, D.C., and author of The Emperor’s New Road: China and the Project of the Century.

Huawei's Global Cloud Strategy May Give Beijing 'Coercive Leverage'
Voice of America | Ji Xi
May 28, 2021
In the News 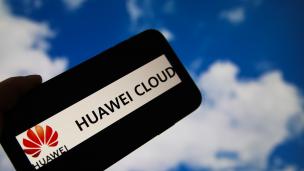