Fuel Shortages during Covid-19 in Venezuela

Venezuela, the country with the world’s largest proven oil reserves, finds itself out of fuel for the foreseeable future. While fuel shortages have gripped rural areas and some cities for years, they are now also affecting the country’s most densely populated cities, particularly Caracas. These shortages are intensifying as the country’s ill-equipped health care system struggles to prepare for Covid-19. The Maduro regime has confirmed at least 166 cases, though the real figure is likely higher.

While Venezuelans experience acute fuel shortages and brace for Covid-19, international and domestic political dynamics evolve rapidly. On March 26, the U.S. Department of Justice indicted Maduro and other high-level officials on narco-terrorism, drug trafficking, and money laundering charges. The State Department released a new framework for a democratic transition in Venezuela, which offers to relieve sanctions if the Maduro regime cedes power to a transitional council. These efforts are welcome as the only long-term solution for Venezuela’s humanitarian crisis is a path toward a stable and democratic government. That said, a “maximum pressure” campaign may stifle Venezuela’s ability to respond to Covid-19. As a result, the virus has prompted calls, including by UN leadership, for the United States to ease sanctions.

If the United States and other countries decide to continue to impose sanctions, they should also take into consideration concrete steps to protect Venezuela’s poorest and most vulnerable citizens. For example, the international community could actively and explicitly clarify sanction exemptions for funding to those nongovernmental organizations on the ground that are equipped to import food and respond to the humanitarian and health crises. These organizations experience collateral damage because financial institutions are over-compliant with sanctions.

The Trump administration could also offer temporary protective status to Venezuelans residing in the United States, many of whom will be hit hard by the economic downturn. These Venezuelans devote a large portion of their income to remittances, which in 2019 reached nearly $4 billion and represented a lifeline to relatives back home. As shown in Colombia and Peru, the Venezuelan diaspora can help boost local economies. Providing temporary protective status in the United States would send a positive message and promote a broader burden-sharing arrangement in the region.

Furthermore, the international community could provide additional, non-politicized funding through independent, nongovernmental organizations, including PAHO, Save the Children, and UNICEF, to distribute food and medicine inside Venezuela. The Maduro regime should refrain from blocking aid missions. Assistance must also be extended to Colombia, Peru, Ecuador, and Chile, which collectively hosts over 3.3 million Venezuelan migrants, a number that is likely to increase due to the ongoing fuel shortages.

Venezuela’s oil industry declined due to two decades of corruption and government mismanagement. The Chavez and Maduro administrations did not invest in infrastructure and fired thousands of highly skilled employees at the state-owned Petróleos de Venezuela (PDVSA). This decline was accelerated by a collapse in oil prices that began in 2014, which exposed a crumbling oil industry suffering from a lack of upkeep. By the time the United States imposed sanctions on the oil sector in January 2019, domestic production capacity had decreased by 50 percent in three years. Sanctions made it increasingly difficult for the Maduro regime to engage with the global oil market, prompting PDVSA to begin selling oil at a heavy discount. This discount grew over the past few weeks as the coronavirus pandemic reduced global demand, and oil prices plummeted.

The Implications of Fuel Shortages Spreading throughout the Country

As Covid-19 spreads and the oil industry collapses, the effects have reverberated throughout Venezuela. Most notably, the Maduro regime is no longer able to swap crude for refined imports. For years, fuel shortages have plagued the countryside and some small cities. Residents there are accustomed to waiting in line for many hours—if not days—to fill their tanks, or otherwise paying exorbitant prices for gas on the black market. Now, in Caracas, which had been shielded from the shortages, one gallon of gasoline sells for $5.67 on the black market.

This will have widespread economic and social consequences in a society that is already reeling from six years of economic recession. The Maduro regime is already using Covid-19 and fuel shortages to repress its citizens with impunity, including by limiting Venezuelans’ right to move freely. In Caracas, government security forces are now in charge of the few PDVSA gas stations that still have fuel. Meat, dairy, and agricultural industries are not able to transport food products to major cities, where residents are bracing for Covid-19. Cities have been forced to limit public transportation, making it even harder for Venezuelans to prepare for the pandemic.

Though gas stations are supposed to prioritize vehicles deemed necessary to address Covid-19, shortages have thwarted the medical response. For example, doctors and nurses across multiple states were denied the gasoline they needed to get to work and visit patients. In Bolivar state, patients with chronic illnesses have been denied gasoline, making it harder for them to receive medical treatment and further exposing them to infection. International aid agencies have also been unable to move around easily.

The International Community Should Play a More Active Role

These fuel shortages merit a cooperative response from the international community. As Venezuelans continue to experience an unprecedented humanitarian crisis, the fuel shortages underscore the urgent need to provide humanitarian and medical aid. At the same time, the current situation exposes major pitfalls in Venezuela’s political impasse. While the Maduro regime represses and deceives the Venezuelan people, the Guaidó interim government, which has sought international aid, finds itself hamstrung and without the capacity to implement a comprehensive response.

Moises Rendon is director of the Future of Venezuela Initiative and a fellow with the Americas Program at the Center for Strategic and International Studies (CSIS) in Washington, D.C. Margarita R. Seminario is deputy director and a senior fellow with the CSIS Americas Program Claudia Fernandez is a research associate with the CSIS Future of Venezuela Initiative. 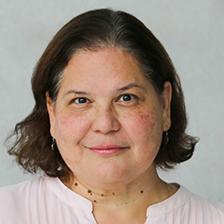