This is a season for summitry. Between the spring equinox in March and the summer solstice in June, President Obama will participate in no fewer than six international gatherings with his peers, from the Nuclear Security Summit in Seoul, Korea, to the G-20 Summit in Los Cabos, Mexico.

For those concerned about the fragility of the global economy, two of the remaining events bear special attention: the G-8 Summit at Camp David on May 18–19 and the G-20 gathering precisely one month later. Neither is likely to produce dramatic breakthroughs, but each should make its own contribution to reducing immediate risks to global growth and laying the groundwork for longer-term prosperity.

That the G-8 still exists at all is something of an anomaly. For more than three decades, it served as the “steering group” for the global economy, bringing together the seven leading industrialized democracies of North America, Europe, and Japan (with Russia added for geopolitical reasons in 1997). But the Obama administration quickly embraced the more inclusive G-20 as the “premier forum for international economic cooperation” and sharply scaled back its ambitions for the G-8.

In fact, the administration nearly walked away from the G-8 last year after former French president Nicolas Sarkozy insisted on holding a stand-alone summit (the White House wanted it attached to another event) and proposed an agenda of second-tier policy priorities. Sarkozy was “saved” by the Arab Spring, which created a compelling reason for a gathering of the core NATO countries represented in the G-8. The Deauville Summit in May 2011 ended up being a useful opportunity to coordinate a G-8 response to the dramatic developments in the Middle East and North Africa (MENA) region.

Encouraging job creation, governance reform, and trade integration in the MENA region is a White House priority as this year’s G-8 host. But Europe’s persistent sovereign debt and banking woes will loom large in the Camp David talks, and President Obama will want to hear from European leaders—half of whom, Mario Monti of Italy and Francois Hollande of France, will be new to the group—about their latest efforts to contain the crisis in Greece and other peripheral countries.

Rounding out the agenda will be a discussion of global hotspots such as Syria, Iran, and North Korea as well as a meeting with African leaders who are advancing cutting-edge approaches to food security.
President Obama’s decision to move the summit from Chicago to the secluded Camp David will advance the objective nominally pursued by the last three G-8 hosts to get the forum “back to basics.” At a time of global economic uncertainty, the informal setting should facilitate the kind of serious conversation among key leaders that is the essence of good summitry. If so, it will validate the continued existence of the G-8 despite the rapid diffusion of economic power in recent years beyond this elite group.

The setting for the G-20 Summit in late June is unlikely to be so serene. With only six months to prepare following last November’s Cannes Summit, the Mexicans have done a valiant job of shepherding an unruly group of countries that includes the G-8 and a dozen major emerging economies. Mexico has set five priorities: economic stabilization, financial system strengthening, reform of the international financial architecture, food security, and green growth. These items build on the traditional G-20 agenda but with a distinct development accent befitting the group’s first Latin American host.

In reality, just as at Camp David, the risks to the global economy are likely to dominate the conversation in Los Cabos. The Euromess will be topic one, centering on the “growth versus austerity” debate, but with a growing sense of urgency to contain an escalating crisis. Slowing or uncertain growth in the United States, China, and Japan will further darken the mood at Los Cabos. Incremental progress is the best that can be expected on the rest of the Mexican agenda.

Many critics argue that the G-20 has lost its way since the fears of catastrophe that brought it together in 2008–2009 have abated. Certainly it is more difficult to reach agreement among such a diverse group of countries without the unifying force of a crisis. But the G-20 is still a critical part of the global architecture for at least three reasons.

First, even when there are no fires, every town needs a fire station. There will inevitably be another global economic crisis sometime in the future—perhaps sooner than expected given the current risks. The G-20 has established itself as a credible forum for crisis response, and it is important to keep the fire engines polished.

Second, while the dramatic gains of its early days have not been repeated, the G-20 has continued to make meaningful, if incremental, progress toward building the foundations of strong and balanced global growth, strengthening the financial system, and redistributing “shares and chairs” in international financial institutions. It has also had important wins on issues outside the core agenda—for example, reinforcing global anti-corruption mechanisms and encouraging a phase-out of wasteful fossil-fuel subsidies.

Third, the G-20 has brought a new set of players—notably, large emerging markets such as China, India, and Brazil—into the “boardroom” of global economic governance. Just as the original G-8 members have refined their skills of international leadership through more than 35 years of practice, so too can the G-20 extend the “habits of cooperation” so essential to an interconnected global economy.

Summits are often derided as mere talk shops. Fair enough: every economist knows that talk is cheap, because supply usually exceeds demand. But given the stakes for the global economy, the premium on the conversations at Camp David and Los Cabos may be higher than ever.

(This Commentary first appeared in the May 2012 issue of Global Economics Update, http://csis.org/files/publication/120516_simonchair_newsletter.pdf.) 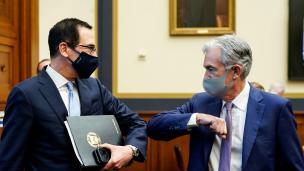 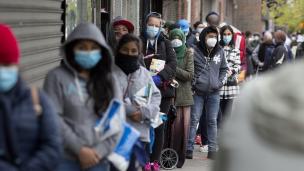