For the moment, the key fight for Afghanistan has shifted to Washington and is centered in the White House. It is a struggle over whether President Trump should grant the request of General John Nicholson, the commander of U.S. Forces Afghanistan (USFOR-A) and the Resolute Support Mission for 3,000 to 5,000 more troops, more U.S. combat air support of Afghan forces, and possibly more Special Forces to support the Afghan counterterrorism forces. This is a request that is endorsed by the Joint Chiefs and evidently by the secretaries of defense and state. It is also one that media reports indicate is opposed by those in the White House that still want to put “America First” in something all too close to isolationism.

Like every aspect of the Afghan War, it has received little attention in both American political debates and in media coverage. It is too much to call Afghanistan the forgotten war, but it seems to be all too accurate to say it is one where there is too little open debate over what is happening and over U.S. strategy. As for media coverage, it almost universally meets the acid test of bad military journalism: A focus on total new troop levels without any serious discussion of what they will do and whether they can support a more effective strategy.

There are good reasons to debate anything approaching an open-ended commitment to the Afghan War. The United States alone lost 2,220 military and civilian dead and 20,048 wounded in action, in Afghanistan before U.S. forces were withdrawn from open combat at the end of 2014. If one looks only at the direct cost in Department of Defense and Department of State Overseas Contingency Outlays (OCU) spent or requested between FY2001 and FY2018, the cost has risen to over $900 million. And if one looks at the full range of costs, including veterans benefits, interest payments, and other costs, the real total cost is already well in excess of $1.3 trillion.

Afghanistan is currently doing badly both in the fighting and in its civilian politics, governance, and poverty. Pakistan is still a sanctuary for the Taliban and Haqqani network and more of a threat than an ally. There has to be a better strategy and a better approach to both the military and civil dimensions of the war to provide a reason to stay, and no commitment should be open ended. The Afghans have to do far more, and do it far better, to justify each future year of U.S. commitment.

Afghanistan, however, cannot do better unless it can stop and reverse Taliban and Haqqani gains. The government cannot win popular support for real civil reform unless it can provide better security and stability and win back the confidence of the Afghan people. This is going to take at least one full annual campaign season and possibly two. Reversing the present near-political paralysis of a divided Afghan government is going to take until at least 2018 and possibly till 2019. Placing impossible demands on the Afghans can only produce impossible results.

This is where General Nicholson’s request becomes critical. It is already June. The fighting never ceased over the winter, terrorism is all too clearly on the rise, and new serious enemy offensives are nearly certain. The Afghan forces, however, were never ready for transition at the end of 2014, and they are not ready now.

And much of this is the fault of the United States—decisions that tried to rush Afghan forces into being and U.S. combat forces out of Afghanistan. The U.S.-led efforts only really took Afghan force development seriously after FY2011, a decade into the fighting. The core aid program for developing strong enough Afghan forces to fight largely on their own did not deliver the needed money on the ground until FY2012. (See figure 1.) It then rushed new Afghan forces into creation with minimal real-world combat training. (See figure 2.) The commander in charge of training warned as late as April 2011 that (NTM-A/CSTC-A Weekly Update - 24 Apr 11):

We passed a significant milestone this week - we are now at 50% of our authorized number of Coalition trainers, the highest we've been since NTM-A was activated in November 2009. However, the lack of the other 50% of Coalition trainers/advisors with key skills (critical gaps, in medical, logistics and engineers) threatens to slow progress in ASNF development at the time when we need to be accelerating... We continue to make significant progress growing the fielded forces, yet the development of their supporting logistics system is lagging. The absence of these skilled trainers and advisors is slowing the development of functional sustainment systems - at echelon above Corps, Army and Police supply depots and training centers--and the indigenous capacity necessary to effectively manage them... We continue to maximize contractors where we can but at a significant financial cost. Only by filling our critical shortfalls with the right grades and skills from the coalition can we properly develop a professional, sustainable and enduring logistics system for the ANSF... These trainers and advisors are also central to our anti-corruption efforts and providing the necessary safeguards and oversight to ensure stewardship of our investment.

Two thirds of the needed trainers were still physically absent in March 2012. Many trainers lacked real qualifications well into 2014, and many trainers were pulled out of the combat unit and forward-deployed training efforts after a small number of “"green on blue”" Afghan attacks on U.S. and allied trainers and personnel. The U.S. and allied efforts also greatly contributed to the corruption of the Afghan forces by flooding in money without proper fiscal controls.

Once U.S. and allied combat units were withdrawn in 2014, the entire train-and-assist mission was destabilized by the fact that deadlines were originally imposed for ending it by the end of 2016 in spite of repeated warnings by many active and retired senior officers. These deadlines have since been waived, but each waiver has left the future uncertain and formally kept train-and-assist personnel from being embedded forward in combat units and outside the corp level—at numbers too limited to even fully staff the mission at the corps level. The FY2018 budget submission proposes only to keep the number of total U.S. troops at 8,448 in FY2018 versus 9,737 in FY2016 and 8,673 for FY2017—although it does note that, “These force levels do not include potential changes to troop strength in response to the acceleration of the campaign to defeat ISIS.”

Plans for the Afghan Air Force never included the combat support aircraft needed to deliver the kind of strike numbers needed by far more capable allied forces, and the Afghan Air force is just making its first combat capable light attack aircraft operational. The number of close air support sorties the U.S. and allied forces flew in 2015 and 2016 were only one-fifth of those flown in 2012—the last year of peak outside combat action. Munitions were only released under urgent Afghan need, although the limits on such support seem to have been relaxed in early 2017. (See figure 3.)

The end result was that too many new Afghan units were formed and then sent into the field without meaningful train-and-assist support, which can only come when train-and-assist personnel are embedded forward and in combat units. U.S. advisers lost situational awareness, influence, and the ability to play key functions—warning of inadequate officers and leaders, helping inexperienced officers learn how to lead in combat, warning of corruption and failures in resupply and reinforce, providing practical experience in counterinsurgency, and helping to develop the skill sets needed to properly use airpower. This put an extraordinary burden on the best and most elite army and police units and deprived many other Afghans of what should have been a fighting chance.

The issue now being weighed in the White House is not adding 3,000 to 5,000 troops to provide a combat force. It is not a matter of U.S. force quantity. It is a matter of U.S. force quality. It is whether to fully end a deadlines-based strategy focused on getting out and shift to an effective train-and-assist mission and back it with adequate U.S. airpower—effectively a “conditions-based” strategy. This is the approach that has worked in rebuilding Iraqi forces, where it became all too clear that train and assist from the rear produced nothing but failure, and outside airpower was critical. It is the strategy that has worked with Kurdish forces in Syria.

It does mean taking some casualties and an added risk of green on blue attacks, but it is clear that half measures—simply keeping today’s numbers of troops—are highly unlikely to work, risk losing whole provinces over time, and will not press the Taliban into serious peace negotiations. It is equally clear that popular support for the Afghan government will continue to decline, threat influences will increase, and the Afghan forces will not be able to provide the kind of security that will allow economic recovery to take place and the government to become more effective at the civil level. The divided Ashraf Ghani–Abdullah Abdullah government will lose both opportunity and hearts and minds at the same time. Equally, the U.S. military in Afghanistan will have to fight on three fronts rather than one: Against U.S. political constraints, against weak Afghan governance and forces, and against the actual enemy.

None of this, however, means that U.S. aid should be unconditional or open ended. Meeting General Nicholson’s requests should be clearly tied to tight limits on every type of military and civil aid. Conditionality should be applied both to Afghan military performance and political and civil performance. It should ensure that corrupt and incompetent Afghan officers and officials are removed. The Afghans will need a grace period of a year or so for political and economic reform, but the United States and its allies should negotiate deadlines that will allow them to “do it their way” but also set clear deadlines and criteria.

Finally, the United States should make it clear to Pakistan that it faces a total end to aid, and the imposition of sanctions, if it continues to support the Taliban and tolerate the Haqqani network. Russia should be told that any end to U.S. sanctions will depend on it not supporting the Taliban, and the Unites States should reach out to China to make it clear that Chinese cooperation in dealing with Afghanistan and Pakistan can serve both Chinese and U.S. interests. 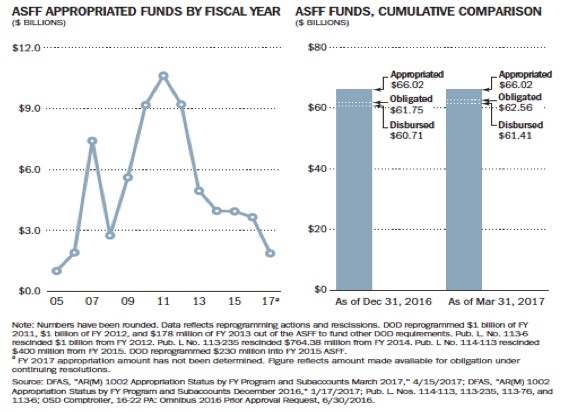 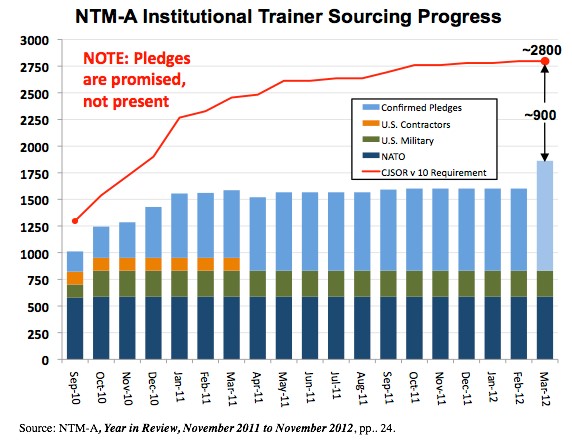 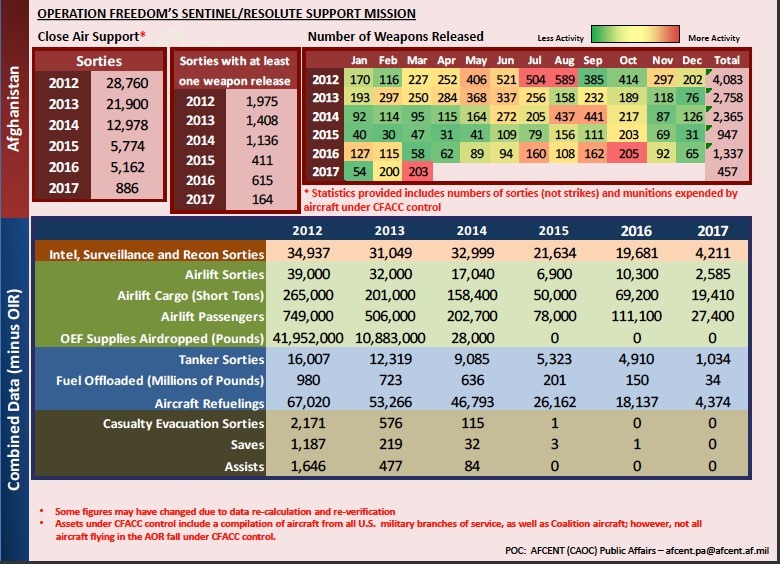