Fresh off his reelection to a second term as U.S. president, Barack Obama sets out this month on a trip to Southeast Asia that will include a historic visit to Myanmar (Burma). While that stop will understandably get most of the attention, the two days in Cambodia bear watching as well. After meeting with the leaders of the Association of Southeast Asian Nations (ASEAN) in Phnom Penh on November 19, the president will attend his second East Asia Summit (EAS) the following day. This event is central to the strategy he articulated one year ago of “rebalancing” American foreign policy toward the vital Asia-Pacific region. Unlike last year, when just showing up was accomplishment enough, the measure of success at this year’s EAS will be the president’s ability to nudge forward a concrete, if modest, agenda that demonstrates the U.S. commitment to institution-building in Asia and advances American interests there. 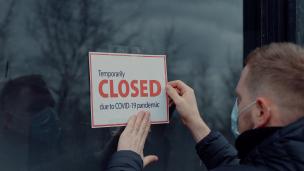 Economics Is All About Disruption
By Matthew P. Goodman
May 28, 2020
On Demand Event

Online Event: The Higher Road – One Year Later
May 22, 2020
Commentary

Blue Dot Network: The Belt and Road Alternative
The Diplomat | Mercy Kuo
April 7, 2020
In the News