Over the past two to three years, the global economy has been rocked by unprecedented disruptions. Covid-19 has shifted how and where we work. The pandemic and geopolitics have snarled trade and supply chains. Technology has become more ingrained into the global economy—for both good and ill. All the while, the consequences of climate change continue to mount. The norms and assumptions of the post-Cold War international economic order have been called into question.

In mid-2020, the CSIS Economics Program launched Economy Disrupted, a live event series that convened prominent thought leaders to explore emerging disruptions in international economics. Building on a successful first season, we launched a second season of this program in 2021 to examine how four disruptive forces—trade, technology, climate change, and shifts in the workplace—are impacting the U.S. economy at the state and city level and what implications this has for U.S. international leadership.

Over the past year, we invited a diverse group of elected officials representing cities, states, and territories from across the United States to join us on Economy Disrupted. Although the 10 mayors, governors, and lieutenant governors we spoke with came from across the partisan and geographic spectrum, they all shared a deep commitment to addressing the local impacts of global disruptions. In contrast to the frequent partisan gridlock in Washington, the solutions advanced by these local, state, and territorial leaders are pragmatic, innovative, and consensus oriented.

Here are some of the key lessons learned from Season 2 of Economy Disrupted in the four topic areas we discussed in the program:

Beyond these lessons, the second season of Economy Disrupted showed us how important it is to go beyond the Beltway to see how local communities are facing the frontline impacts of the economic disruptions we discuss in Washington. The local and global are not often viewed together, but our conversations with leaders across the United States illustrate the appetite that cities, states, and territories have for engaging with global economic challenges. Reframing conversations within the Washington policy community around trade, technology, climate change, and jobs to center on communities on the margins is an essential part of advancing what the Biden administration calls “a foreign policy for the middle class.”

The strength of the United States comes from being greater than the sum of its individual parts. What was once 13 colonies is now over 50 states and territories, each with unique economies and policy solutions. And within these states and territories, thousands of municipalities serve as the foundation for U.S. economic power and attractiveness. As Season 2 of Economy Disrupted made clear, to address the global economic challenges of tomorrow, the Washington policy community must give voice to America’s cities, states, and territories today.

Matthew P. Goodman is senior vice president for economics at the Center for Strategic and International Studies (CSIS) in Washington, D.C. Sarah Ladislaw is a senior associate (non-resident) with the Energy Security and Climate Change Program at CSIS. Aidan Arasasingham is a program coordinator and research assistant with the Economics Program at CSIS. 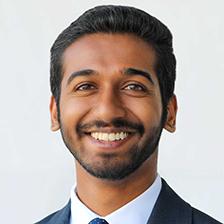 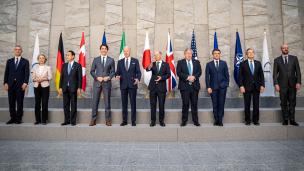 Press Briefing: Previewing the G7 and NATO Summits
June 21, 2022
View all content by this expert