Over the past decade, U.S. policymakers have increasingly recognized that advancing women’s global health and gender equality is among the most pressing challenges of the twenty-first century. A growing body of evidence demonstrates that investments focusing primarily on women and girls—maternal health services, voluntary family planning, access to HIV services, education for girls, economic empowerment of women, preventing and responding to gender-based violence—not only are critical to improving health outcomes, but also produce substantial positive returns in poverty reduction, development, and economic growth.Despite the often-polarized atmosphere in Washington, a number of bipartisan successes have been achieved in support of women’s health. This has been the case under both Democratic and Republican administrations: the George W. Bush administration created the President’s Emergen-cy Plan for AIDS Relief (PEPFAR) and developed gender strategies to reach women and girls; the Obama administration elevated women’s health and gender equality as a key foreign policy goal and accelerated policy development in this area. 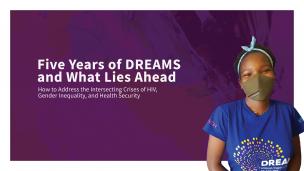