Early in 2011, food price riots helped trigger one of the most unexpected and significant events of the past decade: the Arab Spring, which saw the downfall of governments in the Middle East, the death of a long-time dictator in Libya, and ongoing strife in Syria and Yemen.

As we begin 2012, do we face another round of riots and instability? What is the status of global hunger and food security? And what countries will be most vulnerable to food-related instability?

Q1: Where are food prices now, and will they continue to rise?

A1: Food prices are at historically high levels. They have stabilized, but will continue to be high throughout 2012. Weather events have affected a number of countries. Droughts in Somalia and floods in North Korea greatly reduced food production and exacerbated latent food security issues. Major global producers, including the United States, play an important role in reducing price volatility, but weather events such as drought or flooding in key producing regions could again drive up prices.

Q2: Which countries will be most vulnerable to food shocks and rising rates of hunger?

A2: Many nations will deal with food price shocks and pervasive hunger. Several key countries—North Korea, Iran, and Somalia—face significant problems as a result of hunger and food insecurity.

In North Korea, the leadership transition following the death of Kim Jong-il in December stalled a round of talks between the United States and North Korea focused on providing food aid to a desperately poor and hungry people. North Koreans experienced major flooding in 2011, and crop yields were decimated. In some areas, it was estimated that the harvest produced only 10 percent of the expected tonnage. For a people already struggling with hunger, this was a terrible blow.

In the mid-1990s, a massive famine swept through North Korea following major flooding, destroying crops and food reserves. Hundreds of thousands of people starved to death. Still, there was no mass rebellion or uprising. The situation has changed. First, the devaluation of the North Korean currency in 2009 left people penniless. Families that had managed to hold onto some small savings that would help them to cope with problems were wiped out.

Second and most important, the regime change in North Korea leaves a serious question about its ability to manage the food situation. Given the break in talks with the United States about food aid and the uncertain nature of future negotiations, the level of food security and the general stability of North Korea are very uncertain. Could a growing epidemic of hunger spark major instability in 2012?

Iran is another country that could face important challenges as a result of food price instability. Already, staple prices have risen by 40 percent in Iran and may continue to rise. The government is dealing with internal tensions, evidenced by recent assertions by senior political and military officials that Iran may easily and quickly block the Strait of Hormuz. Given the turmoil surrounding Iran, and the tremendous change in governments and social movement in the region, Iran will need to keep up with food prices to promote stability, and maintaining those prices will require increasing amounts of the country’s budget.

In Somalia, drought and famine conditions prevail and are exacerbated by increased conflict between al-Shabaab and the African Union Mission in Somalia (AMISOM), as well as with Kenyan and Ethiopian forces. Population displacements continue, and assistance operations face disruptions. The situation is further complicated by the decision of U.S. banks to no longer transmit remittances from Somalis in the United States to Somalia, a lifeline for many who have no other means of support. Emergency assistance will likely be required for much of 2012.

The drought, famine, and conflict in Somalia have spread insecurity to much of the rest of the Horn of Africa. Almost 1 million refugees from Somalia have moved to Kenya and Ethiopia. While the Ethiopian military is keeping a close watch on Somali refugees there, the most effected country is Kenya where the Dadaab refugee camps host approximately 500,000 Somali refugees. Since the Kenyan military entered Somalia, attacks by al-Shabaab in Dadaab and elsewhere in Kenya have increased. The unstable refugee situation is exacerbated by concerns that al-Shabaab is using the exodus of Somalis as a cover to infiltrate Kenya. Kenyan authorities are trying to identify the al-Shabaab, which has escalated violence in the camps. The result is that refugees are caught in the middle and abused by both sides, and threats by al-Shabaab have contributed to a new level of insecurity in Kenya.

Q3: Are there any wild cards in global food prices?

A3: As with so many other issues, China could be a game changer on many fronts. Although China has aspirations of having a self-sufficient food supply, it has had to significantly increase its food imports to support a rapidly growing population and changing dietary preferences. In fact, Chinese food imports more than doubled from 2004 to 2009. Just the U.S. food trade surplus with China has almost doubled since 2007, topping $10 billion in 2008 for the first time. This massive import shift has changed the face of food markets. Furthermore, questions about China’s policy on certain strains of agricultural biotechnology created concern in the United States when China quarantined a shipment of 50,000 to 60,000 tons of corn because it contained an unapproved strain of genetically modified material. China’s decision to accept or reject large quantities of grain could create serious ripples in the global grain markets.

In addition, China will play an important role in stabilizing North Korea. The Chinese government is very concerned about a North Korean collapse and will be certain to provide significant food assistance.

Johanna Nesseth Tuttle is director of the Global Food Security Project and vice president for strategic planning at the Center for Strategic and International Studies in Washington, D.C. 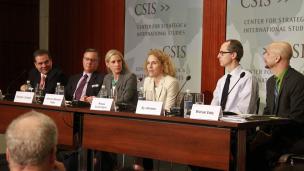 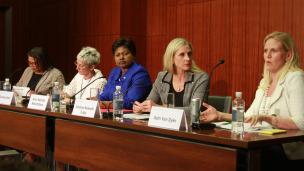 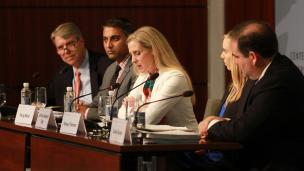 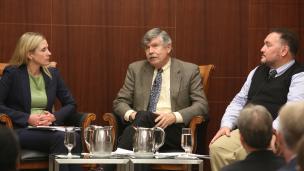 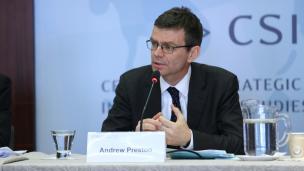 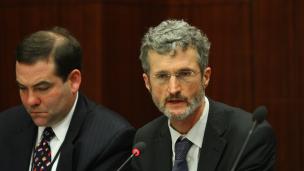